Is The Government Misrepresenting Unemployment By 32%

Shiller: Sell Shares in the U.S., Not Just Its Debt

Prisoners used to shovel snow-bound US capital Instead of paying people who are unemployed, the White House is paying criminals to do the work. Welcome to social justice…

Last Year for Estate Tax Break; Cheaper to Die in 2010

Labor Secretary to Crack Down on Business Violations

A turbulent year in the currency markets is coming.

$36 Charge for Not Using Your Credit Card

Banks Bundled Bad Debt, Bet Against It, and Won

The Day The Dollar Died (Part 10): The Dented Crown and Worthless Pound 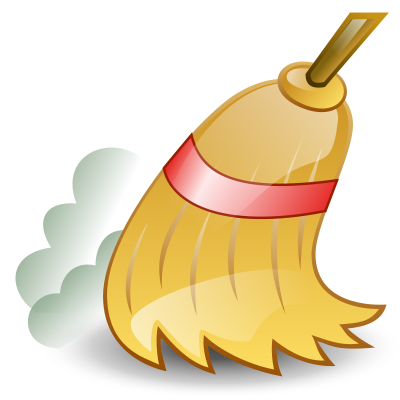 Special to The Press

Rep. Bob Nonini, R-Coeur d’Alene, and Rep. Jim Clark, R-Hayden, have a lot of explaining to do to their constituents because of their support for Idaho State Rep. Raul Labrador, R-Eagle, in the Republican primary to unseat United States Congressman Walt Minnick.

Both call him a “conservative.”

Rep. Labrador rails against tax increases on the steps of the Idaho State Capitol at the same time he speaks out against Sen. Michael Jorgenson’s bill that would force employers to comply with federal immigration law. Idaho taxpayers are paying more than $200 million dollars per year to support illegal immigrants – more than the current Idaho state deficit!

Labrador is an immigration attorney who has admittedly defended illegal aliens in newspaper interviews and on talk radio with Nate Shelman on KBOI.

Immigration attorney Labrador fought to keep an illegal alien smuggler and perpetrator of document fraud from being deported from the United States. The defendant in the case, Xavier Sotelo, was wanted for murder in Mexico.

Labrador is calling for ‘guest worker programs for foreign nationals’ in the worst recession since the Great Depression. Idaho families are out of work and suffering! There are no jobs Americans will not do for living wages – this, according to the U.S. Department of Labor statistics.

Labrador has been on retainer for the Idaho Dairymen’s Association (IDA) to help with ‘migrant labor’ issues, while at the same time serving as an elected member of the Idaho State House of Representatives. The Idaho Dairymen’s Association is an organization that has joined with national groups, such as ImmigrationWorks USA, to promote amnesty for illegal immigrants via Comprehensive Immigration Reform, twice defeated by the American people.

The CEO of ImmigrationWorks USA has stated that the ultimate goal of her organization is achieving a free flow of labor across America’s borders and thus an end to American sovereignty. The IDA also belongs to the Agriculture Coalition for Immigration Reform (ACIR), a group that lobbies the United States Congress for former Sen. Larry Craig’s AgJobs amnesty.

Labrador spoke out in favor of the Dream Act amnesty in a panel discussion before the City Club of Boise as well as for former Sen. Craig’s guest worker program or AgJobs amnesty. The Dream Act is taxpayer funded instate tuition for illegal immigrants with a path to citizenship. Instate tuition is denied to American students and families living in other states. The Dream Act is an amnesty with a huge magnet for further illegal immigration to the United States.

How do you think Labrador will vote when amnesties for illegal immigrants once again rear their ugly heads in the Congress of the United States if he is elected?

If former Sen. Craig were to pick a candidate to replace him in Washington, D.C., Labrador would be his choice.

Because of their support for the radical pro-amnesty candidacy of Labrador, the positions of both Reps. Clark and Nonini must be called into question by those who elected them to office.

It is a new day in America and Idaho patriots have no patience with those who seek to undermine the United States Constitution and American sovereignty by supporting the views of candidate Labrador.

Carolyn Cooke is a resident of Coeur d’Alene, ID and an author at NoisyRoom.net and Family Security Matters.

Andy McCarthy – It’s Not Yet Friday, But It Is New Year’s Eve — What Better Time to Release an Iran-Backed Terror Master Who Murdered American Troops?

Pierre Legrand – Is The Government Misrepresenting Unemployment By 32%?

The New Editor – The American Left, the Politicians that Lead Them, and the Media that Informs Them

The New Editor – Could Hole in the Moon Serve as Shelter for Colonists?

Mudville Gazette – From the Department of WTF

The Radio Patriot – What do Queens Hospital and Limbaugh NOT have in common?

The Radio Patriot – Don Surber Announces the “MAN OF THE YEAR”!

Big Government – Its a Wrap: The Most Underreported Stories of 2009