We are coming after YOU…

Mainstream media pundits would have you believe Democrat Maratha Coakley will be the undisputed winner in the Massachusetts special Senate election occurring on January 19.

But the so-called ‘experts’ may be in for a bit of a surprise.

Freedom-loving Americans from across our nation are rising-up to support Republican candidate Scott Brown.

Brown would provide the critical 41st vote in the Senate to break the Democrat’s filibuster-proof majority and stop the unprecedented assault on our personal liberties that is now taking place in Congress.

Brown has pledged to vote against the government takeover of our health care system and is also opposed to cap-and-trade.

Brown raised over $1.3 million in one day this week. He has been gaining momentum in the polls and is now within the margin of error.

Those in power in this country should not underestimate the resilience of the American people to defend their liberty from a tyrannical government.

END_OF_DOCUMENT_TOKEN_TO_BE_REPLACED

More Taxpayer Funding of Abortion in the Senate Health Bill

Another Government Boondoggle or Worthwhile Investment?

Retail sales drop in December; Sales for all of ’09 plunge by record amount

NOW HE WANTS TO TAX BANKS?

BIDEN UPDATE: He meets on transparency; Meeting is closed

Obama to Banks: We Want Our Money Back

Economy has Six Months to Live

Japan Airlines to File for Bankruptcy and Cut 15,600 Jobs

UK: Work Until 80 Under Plan to Abolish Retirement

MyBudget360: The Capture of Our Government by Wall Street 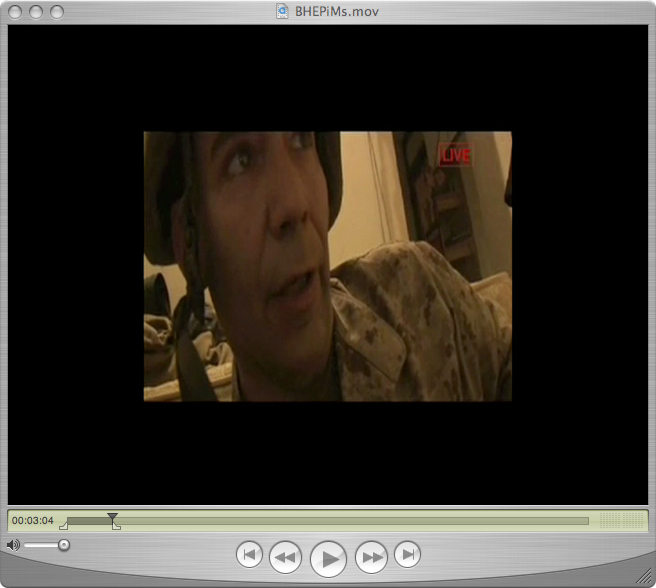 If you thought the tiny glimpse of the Iraq War you were allowed to see all those years through the polished prisms of pretty-boy liberal-run cable TV was real … get ready to have your ass blown up by an IED.

Pat Dollard, who’s gracious enough to lower his standards and let your insane narrator have a weekly spot on his site, PatDollard.com, had his tenacious and riveting and truly ground-breaking Young Americans video series debut yesterday at Big Hollywood. It’s the reportage the MSM never wanted you to know about, for fear you’d double your support for the war we won but Dirty Harry once claimed we “lost.”

“…Some short-hand background: I was a William-Morris talent agent, a 17-year veteran with Steven Soderbergh as my flagship client. I wasn’t restless, I wasn’t having a mid-life crisis, nor did I go for any other cheap reason that the Left would have you believe in order to prevent you from finding any decent, substantive or, God forbid, patriotic or moral reason to film what I did. I went because my country was engaged in both a shooting and information war, and if I could do it, I faced a moral imperative to serve my country in those wars, in the best available way that I could. At the time, I was too old to enlist, so I joined the fray in the next most appropriate manner. In both the series and the story behind it, there are great heights of human achievement, the most stinging moments of human pain, the lowest depths of human failure and human evil, and loss of life of family and friends. I went to war and kept my life, but lost my family, in a bizarre reversal of the usual dark process. Someone recently told me that I have never come home. And like so many of us who journey into war, I have found that this person was inadvertently correct. Because I did come home, but home was no longer there. It really never is, if only because the home we left was in part a no-longer effective illusion, and because our vision of the natures of both the world and the men who populate it, so stripped to their essential truths by conditions that are governed by nothing more than the forces of cunning and power, has been made much clearer, and so different, that home by perception is most certainly not, and never again will be, the place that we left. We will be entirely present, we will flourish, and we will start a new home with the people we left in the old one, but no one ever returns home from war.”

Still here? What the f*ck for? Click here for the preamble story and video, and follow over to Big Hollywood for the full effect, including Episode 1 of Young Americans. Then take a good hard look inside your heart and ask yourself: “Do I really want our young Americans in Afghanistan to go through all of this shit again … for nothing?”

“The budget should be balanced, the Treasury should be refilled, public debt should be reduced, the arrogance of officialdom should be tempered and controlled, and the assistance to foreign lands should be curtailed lest Rome become bankrupt. People must again learn to work, instead of living on public assistance.” – Cicero – 55 BC

END_OF_DOCUMENT_TOKEN_TO_BE_REPLACED

BlackFive – On the Ground in Haiti

The New Editor – Prison Inmates Tattoo Whites of Their Eyes

WSJ – What Our Spies Can Learn From Toyota (Hat Tip: Friends of Mark Fuhrman)

The Radio Patriot – A “Divine Appointment”?

The Radio Patriot – The USS Independence – Where Freedom Flies

The Anchoress – Haiti Burning Tires to Light the Night