END_OF_DOCUMENT_TOKEN_TO_BE_REPLACED

China Has Enough Cash to Buy Fifth of S&P 500

Our view on the federal budget: You can’t cut the deficit without touching benefits

Obama to Offer Aid for Families in State of the Union Address (i.e. enforced IRAs – companies must comply… )

Is Congress Exempting Itself From Health Insurance Tax?

China No Help In Recession

ON THREE SHOWS, THREE OBAMA AIDES GIVE THREE CONFLICTING ESTIMATES: HOW MANY JOBS STIMULUS HAS CREATED

The Future of Unemployment Benefits in the US

Will Obama Respond to US Voter Anger at Lack of Action on Banksters?

Greece Debt Default Could Take Eurozone Down With It

From: Doug Giles – The Clash

The Radio Patriot – Plaintiff in Kerchner v Obama and Congress: “The Fix Was In”

The Radio Patriot – We Can Forget About Cap and Trade Now…

The Radio Patriot – I Believe The Fix Was In for the 2008 Election and The Cover Up is Still Going Strong!

The New Editor – How Far They’ve Fallen: A Blast from the Past

PMW – Hamas kids’ TV program: “We all wish for Shahada”

Doug Giles – What Do Jesus, Rifle Scopes and Dead Terrorists Have in Common? Trijicon!

Citizens for Legitimate Government – US to Pay Taliban Fighters to ‘Lay Down Their Arms’
(Hat Tip: Brian B.)

Atlas Shrugs – MUR 6142: CALL FOR AN AUDIT OF THE OBAMA CAMPAIGN FINANCES

Gateway Pundit – Iranian Official On Obama: “The Only Change Is That This N***er Talks About Regime Change”

Michelle Malkin – Another broken promise: “I will finally end the abuse of no-bid contracts once and for all”

END_OF_DOCUMENT_TOKEN_TO_BE_REPLACED 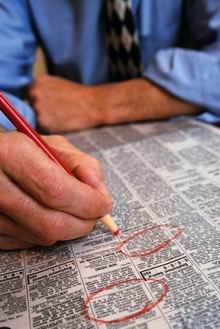 Mort Zukerman, editor-in-chief of US News and World Report, in his article, How To Get Americans Working Again opines that there is no snap answer as to how accelerate job growth. He is wrong.

I’m not an intellectual, nor a PhD., nor have I ever labeled myself an expert, but do have a snap answer to his seemingly perplexing question. An answer that is guaranteed to lower the unemployment rate, kick start the jobs market and get the economy on track again. In four simple steps:

1. Cut capital tax gains and voila, people start investing, selling, freeing up income in the private sector which businesses can use to hire.

2. Kill and bury current health care reform. No one will hire until they know the costs.

3. Cut corporate tax rates across the board. The economy will rebound in about 10 seconds. And state and government coffers will receive massive infusions of new tax dollars.

4. Get rid of minimum wage laws and let the market function and prosper as is has done for centuries.

Wrap your mind around that, Mort, and tell me where I’m wrong. Please try to couch your answer in terms I’ll understand and I’m not as smart as you.

I am smart enough, however, to still have the common sense God gave me. A common sense that is sorely lacking in any of these phony job summits and speeches that Obama is currently engaged in.

I hear lots of pretty words from Obama, but his actions speak louder than his PR spin. And his actions have me scared because every single step he has taken in the past year has plunged the economy deeper into recession. From letting the Bush tax cuts to expire, to his war on banks, to his quadrupling of the deficit. I could go on…

The definition of insanity is doing the same thing over and over and expecting a different result. Yet every single proposal and/or supposed ‘solution’ issuing out of the Obama White House are policies that have failed in the past and are failing now. Obama’s solution: More of the same.

I don’t need to be a PhD. to know that Obama’s ‘solutions’ are a recipe for disaster. Yet I seem to be the only one asking the question: Is Obama intentionally trying to destroy the economy? Or is he just acting on blind ideology and a supreme case of hubris? Either way, the results are the same. Failure. That you and I end up paying for. Again.

Obama, man of action that he is, has authorized yet another commission to study the job market, or something. The only jobs created will be the bureaucrats toiling to reconcile the growing disconnect between leftist theory and virtual reality. And we will keep losing jobs. And Obama will continue to make it worse by attacking the banks, undermining the dollar and putting America on the path to bankruptcy.

I have a suggestion. For a mere $100,000, I will issue the four easy steps to beat the recession I listed above to the big mucky-mucks surrounding Obama. No-one can claim that those 4 steps won’t immediately cure what the Obama administration seems to regards as a perplexing and unsolvable issue.

Which begs the question: Are Obama and his advisors so ignorant of the lessons of history that they are merely idealistic intellectuals educated beyond their intelligence? Or could they have another objective in all this? Stupid or devious? Enquiring minds want to know.

With the old media still framing the debate, the media elite will continue to inform we the people that snap answers and clear solutions are somehow unavailable. The ‘experts’ know best. Well folks, based on the events of the past year, we know the ‘experts’ don’t know their backsides from their spin – so why are we still listening to them?

Why are we allowing them to sow the seeds of class envy? Why have we allowed them to define the problem as ‘greedy rich people?’ When, by the way, is the last time a poor man gave you a job?

Lest we forget, government doesn’t create jobs. People create jobs. And I am curious as to why Obama is throwing every road-block he can in the way of economic recovery? Do you have a snap answer for that, Mort?

We published this article on January 4 as a follow-up of three earlier articles January 2, December 27, and December 26. Thus, the Beaufort Observer was one of the first to pick up on the Obama Administration’s action with regard to INTERPOL.

Our readers may be interested to know that the article published on January 5 was picked up by some of the national sites and blogs and garnered more views than any article we have published in the last year. Over 300,000 people viewed the piece before the traffic crashed our servers, we moved the article and shut off the logs.

It should be remembered that Team Obama has contended that “EO 13524 did not change anything.” So one would assume President Obama would not oppose HR 4453.

In addition to the original sponsors, now North Carolina Congressman Walter B. Jones of the Third District has signed on as a co-sponsor. Rep. Jones’ office issued the following statement Friday (1-15-10):

” For quite some time I have been deeply troubled by our government’s willingness to give away our sovereignty to supra-national organizations like the United Nations (UN) and the World Trade Organization (WTO). As you know, these global bureaucracies rarely, if ever, have America’s best interests in mind. The latest cause for concern is President Obama’s recent Executive Order granting the international police organization Interpol immunity to operate in America beyond the confines of our laws and Constitution, and without oversight by any American law enforcement agency. I have been outspoken in sounding the alarm about President Obama’s Executive Order but unfortunately the President does not seem interested in reconsidering his decision. That is why I’ve joined Michigan Republican Congressman and former FBI agent Mike Rogers as a cosponsor of H.R. 4453 – The INTERPOL Immunities Oversight Act. This important legislation would repeal President Obama’s Executive Order. Rest assured that Congressman Rogers and I will continue to press this issue and stand up for the laws and sovereignty of the United States.”

We don’t have a lot of optimism this resolution will go anywhere but congratulate Rep. Jones and we thank him for standing up for the Constitution. We’ll keep you posted.

We have talked to a Congressional staff person who is not authorized to speak on the record but was willing to tell us off the record what they believe is behind the Administration’s effort. It is gun control.

Recently the Obama Administration signaled through Secretary of State Hillary Clinton that it was interested in working with the UN on an international treaty to control firearms being sold across international borders. The action to give INTERPOL immunity from the U. S. Constitution (in this case the Second Amendment) is, according to this source, directly related to establishing the groundwork for an enforcement mechanism for such an international gun control treaty, the details of which are not settled yet, but it is apparent that to make any treaty work there would have to be an enforcement mechanism. Using domestic law enforcement agencies, such as the ATF, FBI and even local agencies would present problems because they could be challenged under the Second Amendment. INTERPOL having immunity would get around that “problem.”

For the best summary of EO 12425 we have found click here.