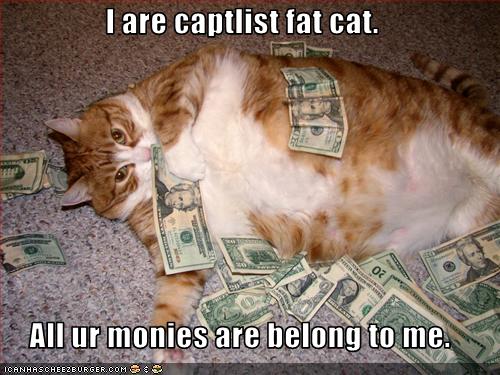 OBAMA FINDS $20B IN CUTS

The Ring of Fire

How to live without banks.

The Fed’s Anti-Inflation Exit Strategy Will Fail; Sooner or later the pressure to lend out excess bank reserves will be unstoppable.

Our Financial Rulers are on Another Planet

IMF: Banks Must Raise Billions to Fend Off Crisis

Revealed: See Who Was Paid Off in the AIG Bailout

How The Major Stock Indexes Fared on Friday

Yesterday evening it was reported that the Obama Administration is actively seeking alternative locations for the trial of Khalid Sheikh Mohammed, the mastermind of the 9/11 attacks. This reported sudden shift by the administration is proof that your efforts are not in vain — together we can force this president to change course.

Our rally on December 5, which drew thousands to New York to protest this trial, demonstrated to the politicians that the people are paying attention. Our letter to President Obama demanding the trial be moved and Khalid Sheikh Mohammed tried as an enemy combatant, which you and 150,000 other concerned citizens signed, showed the strength of our resolve. We are making a difference.

Early yesterday morning, Keep America Safe launched a new ad in response to President Obama’s State of the Union. The ad, titled “The State of His Rhetoric,” demonstrates the disconnect between the Obama Administration’s rhetoric and the dangerous realities of its national security policies. “The State of His Rhetoric” will air on broadcast television in the DC market and will directly target the politicians in Washington.

However, our fight is far from over. Obama still plans to treat Khalid Sheikh Mohammed as if he is an American citizen and common criminal instead of the terrorist he truly is. Keep America Safe needs your help to continue speaking out until the terrorists are treated as enemy combatants and not common criminals. The decision to explore alternative venues indicates that what we are doing is working. We must keep up the pressure to fight Obama’s other dangerous policies.

Wednesday night, Obama said, “We have renewed our focus on the terrorists.” What he didn’t say is that the administration’s focus is on providing terrorists with ever more legal rights, not capturing, interrogating, and killing them.

Days after taking office, Obama issued an Executive Order to close Guantanamo Bay by January 2010. Despite failing to meet its own deadline, the administration continues to pursue this ideological goal. Reality has intervened, and yesterday, a State Department official acknowledged that in a best case scenario Guantanamo wouldn’t shut down any sooner than 2012. According to the Pentagon, one out of every five detainees released from Guantanamo returns to terrorism. Closing Guantanamo Bay isn’t just misguided, it’s dangerous.

Attorney General Eric Holder’s FBI Mirandized Christmas Day terrorist Umar Farouk Abdulmutallab just hours after his failed attempt to blow up Northwest flight 253 in Detroit. Abdulmutallab was questioned for less than an hour before he was read his rights. After being told he had the right to remain silent, he did just that. Instead of interrogating Abdulmutallab to learn about future terror plots, the Obama Administration decided to treat him as a common criminal and hired him a lawyer.

The American people deserve to know which lawyers in President Obama’s Justice Department used to represent terrorists. One such attorney, Jennifer Daskal, a former Human Rights Watch official with no prosecutorial experience, now advises Holder on detainee issues even though she used to advocate on behalf of the terrorists. In November, Sen. Chuck Grassley (R-IA) requested that Holder provide a list of other lawyers on his staff who had recused themselves from detainee issues because of similar conflicts of interest. Holder’s response to Grassley was, “I will consider that.” Holder has yet to follow through with Grassley’s request.

President Obama has not made us stronger in his first year in office. In fact, he has weakened our ability to combat terrorism. He wants to close Guantanamo, send terrorists back to the Middle East, treat the terrorists we don’t release as if they were American citizens, and prosecute those terrorists with lawyers that not long ago were standing on the other side of the courtroom defending the same terrorists. “The State of his Rhetoric” highlights Obama’s national security failures and dangerous policies. We also need your help to Keep America Safe. Please feel free to forward this video to family and friends.

From: Chris Muir and Day by Day Cartoon

Candidate in Illinois Election on Feb 2nd….money trails and votes

Here is the information and Link also to opponent Hughes:
http://www.patrickhughesforsenate.com/Home.aspx

Shades of events to come in the United States if Obama keeps moving in the direction he is going… Still think Chavez is a great guy?

Fierce and growing protests over media freedom have left at least two students dead in Venezuela, and graphic images depicting violent tactics employed by the police there have started to flood the Internet. Here are some of those images, which have been widely circulated in the week since demonstrations began.

Anti-riot police arrest a student protester at a demonstration in Lecheria, Venezuela. Students have met stiff resistance — as well as tear gas, rubber bullets and waiting jail cells — in their clashes with the country’s police and National Guard. Though this image was taken by an AP photographer, the images that follow were captured by protesters and posted online to Twitter accounts.

This image circulated online purportedly shows a Venezuelan protester whose back is riddled with injuries from rubber bullets. Students have clashed with police and National Guard forces in Venezuela this week after President Hugo Chavez ordered opposition television stations off the air.

A young man stares briefly into a camera as a sea of hands attempt to staunch wounds on his face that he reportedly suffered during protests in Venezuela this week. Police forces clashed ith students, firing tear gas and rubber bullets into crowds to quell demonstrations in which some protesters threw rocks at government forces.

Back from the Protest

A woman’s calm demeanor belies the injuries she reportedly suffered in student protests in Venezuela. Dissent has been storming over in a country already wracked by water shortages, electricity rationing, alarming crime rates and the plummeting value of its currency, the Venezuelan Bolivar.

A youth stares down at his knee, where he was reportedly shot by police forces on Monday during the second day of nationwide protests in Venezuela. Reports have listed his age as ranging from 13-16 years, though his identity could not be confirmed.

Shot in the Knee

A closer view of the ugly injury reportedly sustained by a Venezuelan youth during student protests on Monday. He did not suffer the worst of it: two students were reported killed in fighting between protesters and pro-government forces.

A Venezuelan youth reportedly suffered this injury to his knee while protesting the Venezuelan government’s moves to stifle dissent and increase its stranglehold on opposition media. President Hugo Chavez ordered five cable television stations be taken down because they refused to air his speeches.

A car reportedly belonging to a member of a paramilitary pro-Chavez group burns during the second day of protests in Venezuela. Protests have mounted in the wake of an attempt by President Chavez to silence a dissenting cable station, RCTV. Chavez set off similar demonstrations when he targeted the station in 2007, revoking its broadcast license and forcing the station onto cable.

This image, widely circulated online, adorned the front page of El Nacional, a leading Venezuelan newspaper. The original caption reads, in translation, “National Guardsmen suppressing the students in Maracaibo and other state capitals showed a new yet primitive weapon: a thick chain with hooks capable of tearing and doing serious damage to those attacked.”

The Anchoress – If Obama v Alito were a murder trial -UPDATED

Atlas Shrugs – Obama Hoisted on His Own Foreign Donation Petard

Canada Free Press – With all due disrespect Mr. President! (Hat Tip: Brian B.)

Daily Mail – ‘Liberate humanity from slavery and dependence on America’

The Hill – Key Dem Congressman: House Dems do not trust the Senate

Yahoo! News – As Protests Continue, Chavez Vows To Crack Down

Michelle Malkin – Cirque du Jihad: Coming to a federal court near you?

Chapter XV: Truckin’ for God and Country (The Day the Dollar Died Series)

The Truth About President Obama and Citizens United

NOT AGAIN! California to run out of cash on April 1

Greece will not leave EU, no bailout

At Davos, Experts See Dip Ahead

Dems vow to move ahead on healthcare

Wages rise in 2009 by smallest amount on record

Dems hope they won’t have to vote again

24 States Unemployment in the Red, 9 More Within 6 Months

Bob Chapman: Are We in an Economic Depression?

Home Prices Stabilize Further, But More Drops May Be in Store

Ya knouse whad I mean? Did ya get da memo from Chicago? Where’s ma bat and ma enemies’ list?

Reaction Roundup: Heritage Responds To The State Of The Union

Morning Bell: A Speech Only Washington Could Love

The Truth About President Obama and Citizens United

Repealing the Death Tax: A Good Deal for Everyone

Sarkozy Lashes Out at Globalization; Calls for revamp of capitalism

White House to Dole Out $8 Billion for Fast Trains

What the Deflationists are Missing

Don’t invest in Britain: The UK economy sits ‘on a bed of nitroglycerine’, investors warned

Signs of Housing “Recovery” Will Fade with End of Stimulus