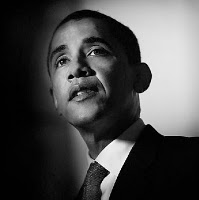 Trevor at New Zeal has a new post up on the Obama Files and it’s a great one:

New Zeal does an excellent job of connecting the dots between Barack Obama’s communist childhood mentor, Frank Marshall Davis and Chicago journalist Vernon Jarrett, father-in-law of senior Obama adviser Valerie Jarrett. Valerie Jarrett, in my opinion, is as radical as they come and you know what they say about birds of a feather… Take a peek at some of Obama’s radical Community Organizing and Family Issues colleagues who included:

That Barack Obama has mixed with Alinskyites, communists and socialists for his entire time in Chicago is beyond doubt.

Ask yourself, how much evidence do you need to see of Obama’s radical ties before you label him a radical beyond all doubt? Not too many years ago, you were judged by the company that you keep. Once again, concerning his friends, associates and cronies, President Obama gets a solid F. They say that the Kennedy’s brought the Mafia into the White House… Well, Obama has done one better. He has made the White House the Mafia. Well done…

Make sure you read ALL of Trevor’s post here… Then take the time to go through the Obama Files at New Zeal and learn about the REAL Obama.