Marion sent this; thought you would get a kick out of it. 🙂

“Motto, Rebellion to Tyrants is Obedience to God.”

“A free people ought not only to be armed and disciplined, but they should have sufficient arms and ammunition to maintain a status of independence from any who might attempt to abuse them, which would include their own government.” ~~~ George Washington 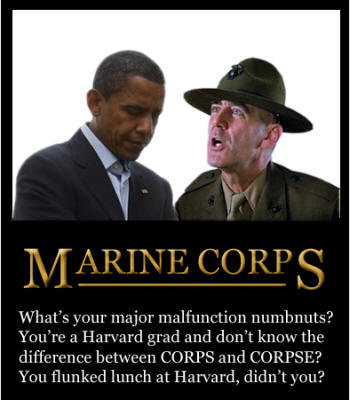 For anyone who missed it, our Commander in Chief, via the Teleprompter Reader said ‘Corpse’ Man instead of Corpsman 4-times in a speech last week.