Chapter XVI: Where Shopping is a Pleasure (The Day the Dollar Died Series)

Faber: Debt Interest Will Lead to Default, Then War

Economic Impact of Stimulus Spending: A Response to Menzie Chinn

Outside the Beltway: Luaus in Illinois? Sure, When Pork Is What’s for Dinner!

Flashback: Obama Says Bonuses Are Violation Of ‘Our Fundamental Values’

The BHO administration seems bent on paving their way out of the recession.

Is Washington’s tax exemption on bullion a gold mine?

In Praise of Mammoth Deficits

What’s a College Degree Really Worth?

Crisis Looms in Japan as its Economy Slowly Melts

Stock Futures Climb Ahead of Opening

EU Searches for Way Out of Debt Crisis

Oil Above $72 on Weakening Dollar

European Stocks Up Cautiously on Hopes for Greece 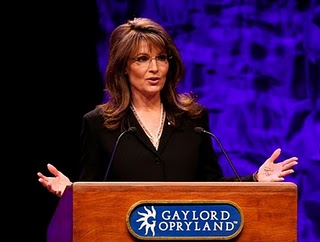 File under: Fire bad, tree pretty… 🙂 Obama disastrous, Palin conservative… I love what it says on her hand per Zombie:

A great new post from Zombie over at Pajamas Media just popped up and, wait, let me look at what my other hand is doing… Oh yeah, it explains the differences between Crib Notes done the Obama way versus the Palin way. If a picture is worth 1,000 words, these two would be worth a cool trillion or 14.3 trillion if you are Obama and the US government. Here it is – click and enjoy:

Fox News – Bush Billboard a Sign of Hope and Change

John Stossel – Hurtling Down the Road to Serfdom

Anti-Mullah – What Should We Expect On Feb. 11th From Islamic Iran (Hat Tip: Jean Stoner)

The Strata-Sphere – IPCC Admits It Doesn’t Do Science

The Radio Patriot – A Hobson’s Choice

The Radio Patriot – They’re coming for your blogsite

Bob McCarty Writes – Stop Whining About Too Much Snow

YouTube – CNN: Pelosi to Wolf Blitzer: I promise no pork in the stimulus (Hat Tip: Brian B.)

Michelle Malkin – The stonewallers at DOJ 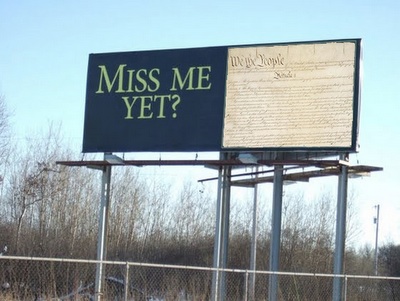 Bob McCarty Writes – Census Ads Everywhere, Including Back of the Bus 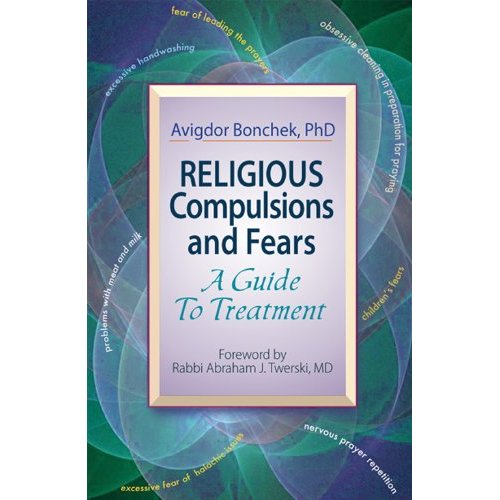 A Guide To Treatment

Is there a fine line of separation between scrupulous adherence to halachic law; translating into meticulous observance of religious commandments and that of finding oneself tethered to obsessions, compulsions and fears regarding the proper method in which to perform them? Avigdor Bonchek, PhD, an ordained Orthodox rabbi who holds a doctorate in clinical psychology from New York University, tackles this question and much more, as he shares his vast knowledge regarding treatment options for those suffering from Obsessive Compulsive Disorder in his recently published book, “Religious Compulsions and Fears – A Guide to Treatment” (Feldheim Publishers).

Clearly, OCD is a universal anxiety disorder that does not differentiate or distinguish between peoples or nationalities, yet the far reaching and complex repercussions of its devastating symptoms have, over the last several decades, been acutely felt in the spheres of the Orthodox Jewish world. The foreward to this book includes the wisdom of renowned psychiatrist, Rabbi Avraham J. Twerski, MD who states, “The hallmark of a religious Jew is his dedication to fulfilling his religious duties. However, when a person becomes overly obsessed, to the point that he becomes neurotic, and is unable to function properly, it may be a sign of OCD.”

Armed with over 40 years of experience in treating those afflicted with OCD and attendant phobias, Dr. Bonchek’s inherent compassion leaps forth from the pages of this book as he assures the reader that there is indeed a light at the end of the tunnel as evidenced in a litany of pragmatic modalities of treatment What is most heartwarming is the fact that the pages of this erudite guide are permeated with the genuine care, concern, devotion and esteem that Dr. Bonchek holds for his patients, as he offers an earnest yet sensitive discussion of religious obsessions, compulsions, fears and phobias. Most common among these are obsessions pertaining to personal hygiene and cleanliness and how they impact on the performance of religious rituals. The case studies presented here include a young man who spends an inordinate amount of time in the bathroom after relieving himself, never quite feeling that he is clean enough to daven, an incessant hand washer who is obsessed with the proper observance of kashrus in the kitchen, as well as women of child bearing age who are beyond exceptionally meticulous in their preparations for the mikveh.

Other religious obsessions and compulsions include a woman who endlessly checks for bugs in vegetables, a man who spends many hours per day engaged in davening, as he never feels quite satisfied that he prays with the proper level of kavanah (dedication) so he resorts to repeating words and the entire tefilla, ad infinitum.and one who keeps repeating words of Torah during his regular learning sessions. Fears and phobias include children’s fear of Purim masks, fear of reciting brochos and tefillos in shul, and an exaggerated fear of a spouse’s infidelity. Because OCD is called “the doubting disease”, the tragic ramifications of this disorder also include constant questioning of one’s own faith. Says the author, “The individual is plagued by thoughts that undermine his beliefs; How do I know that G-d exists? How do I know that Judaism is the right faith? How do I know that the Torah and the Oral Law are valid?” He responds by telling us, “When a person performs a mitzvah and it causes him stress and anxiety, it indicates that it is not G-d’s mitzvah that he is performing, but rather some foreign behavior masquerading as a mitzvah. Among those who cannot perform a mitzvah without enduring much psychological pain is the OCD sufferer.”

Addressing the nuances of varied therapeutic approaches of treatment, Dr. Bonchek dismisses Freudian psychoanalysis or dynamic therapy as essentially ineffective, but rather embraces the more expedient Cognitive Behavior Therapy and familiarizes us with its theory and practical application. We sit in on CBT therapy sessions with Dr. Bonchek as he employs such methods as Exposure/Response prevention technique (ERP), Response Repitition, Guided Imagery (GI), Emotional Habituation, and Exposure and Closure. Because treatment of OCD can be a protracted process, Dr. Bonchek suggests that in addition to procuring a qualified therapist, a patient is advised to find a “buddy” who can assist him or her during the sometimes agonizing ordeal of working on daily compulsions that are indeed paralyzing. Sympathetically acknowledging the fear, shame and humiliation that the OCD sufferer feels, the author reveals that with much motivation, faith and hard work, the trajectory towards complete recovery and a return to a normative life is not beyond the reach for those who relinquished hope of ever extricating themselves from their personal darkness and despair.

Essential to treatment, the author tells us, is the paramount relationship between the patient and a rabbinical authority. “The rabbi must not only be a competent posek, he must also be aware of the psychological problem of OCD and how it manifests itself in the area of religious practice.” For many OCD sufferers, a clear psak from a respected rav on matters of halacha is not always a sufficient deterrent for their overwhelming compulsions because of their obsession with perfection in the performance of a mitzvah and their nagging doubts that they’ve correctly fulfilled their obligations. Yet and still, having a rabbinic advisor and familial support are essential components for successful treatment. As Dr. Bonchek advises patients in terms of fulfilling halacha as it should be, “It is not a matter of doing what “I” think is right; it is a matter of following the words of the Torah poskim.”

In terms of mitzvah observance for the OCD sufferer, Dr. Bonchek feels that “less is more” and as such brings down poignant stories from the Torah, Talmud and Kabbalistic sources illustrating the strength of character it takes for one to adopt a more flexible view of mitzvah observance; rather than clinging to their own stubborn insistence of what is proper. Of the Torah the author quotes the posuk, “It’s ways are ways of pleasantness, and its paths are paths of peace. What does Hashem, your G-d, ask of you? So that it shall be good for you. That is the bottom line – “so that it shall be good for you.” This book is a must read for any OCD sufferer, family member, friend, teacher and rabbi as we absorb profound lessons of mitzvah observance and love of Torah.

Eddie did a great job on this! $1,591,200 in annual salaries, not counting make-up artist and hair-stylist. Disgraceful!! 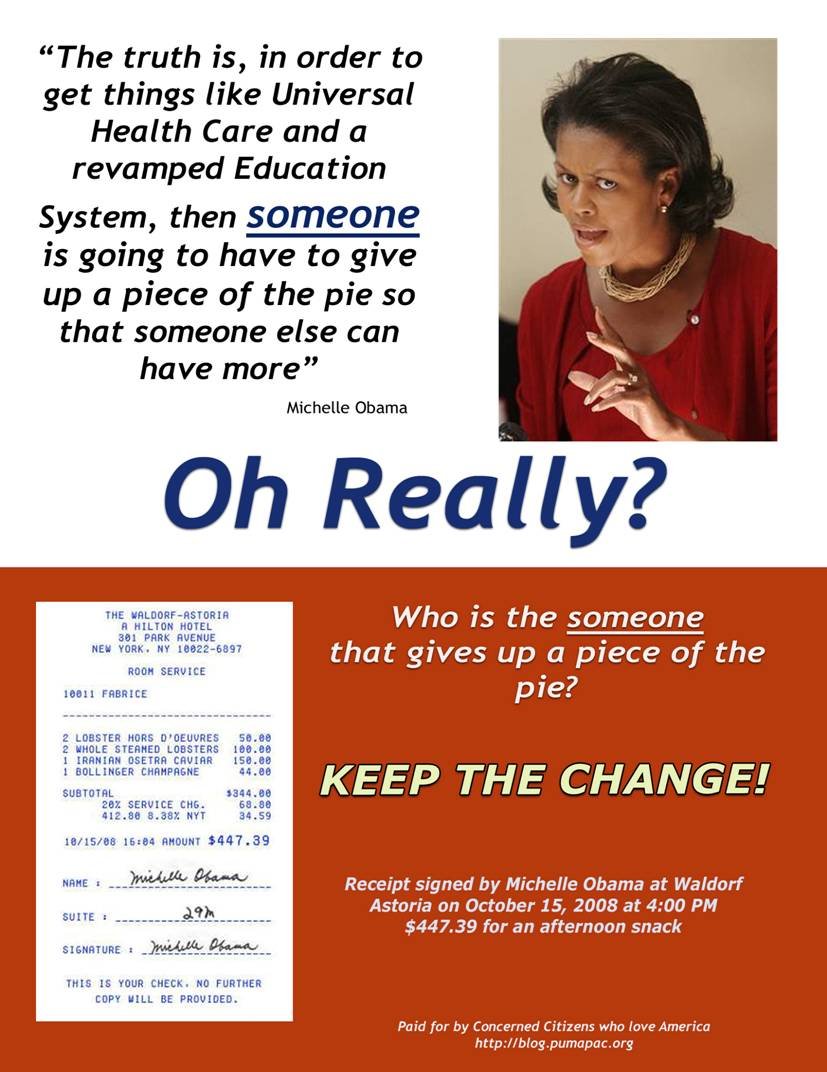 “In my own life in my own small way, I have tried to give back to this country that has given me so much,” she said. “See, that’s why I left a job at a big law firm for a career in public service, “… Michelle Obama

No, Michele Obama does not get paid to serve as the First Lady and she doesn’t perform any official duties. But this hasn’t deterred her from hiring an unprecedented number of staffers to cater to her every whim and to satisfy her every request in the midst of the Great Recession.

Just think, Mary Lincoln was taken to task for purchasing china for the White House during the Civil War. And Mamie Eisenhower had to shell out the salary for her personal secretary from her husband’s salary.

How things have changed! If you’re one of the tens of millions of Americans facing certain destitution, earning less than subsistence wages stocking the shelves at Wal-Mart or serving up McDonald cheeseburgers,prepare to scream and then come to realize that the benefit package for these servants of Ms Michelle are the same as members of the national security and defense departments and the bill for these assorted lackeys is paid by YOU, John Q. Public:

There has NEVER been anyone in the White House at any time who has created such an army of staffers whose sole duties are the facilitation of the First Lady’s social life.

One wonders why she needs so much help, at taxpayer expense.

Note: This does not include makeup artist Ingrid Grimes-Miles, 49, and “First Hairstylist” Johnny Wright, 31, both of whom traveled aboard Air Force One to Europe .
.
Copyright 2009 Canada Free Press.Com
canadafreepress.com/index.php/article/12652

Yes, I know, The Canadian Free Press had to publish this, perhaps because America no longer has a free press and the USA media is too scared that they might be considered racist or suffer at the hands of Obama.