The New Editor – Please: Explain to Me Again Your Invaluable Political Viewpoint!

The Anchoress – The US Press Deserves its Darwin

The New Editor – Merging the Old with the New

The New York Times – Relieve the Chairman of His Gavel (Hat Tip: Brian B.)

The Radio Patriot – Sometimes it feels like somebody’s watching me…

The Radio Patriot – Watch This Site for A Big Announcement — Coming Soon!

ThirdWaveDave – THANKS, MR. B–IT ALL BEGINS IN SEARCHLIGHT, NEVADA, MARCH 27

CBS2Chicago – Mayor Daley: ‘We have the right for health and safety to pass reasonable laws’

Michelle Malkin – More pressure on the Holder/DOJ stone wall: Who are the al Qaeda 7? 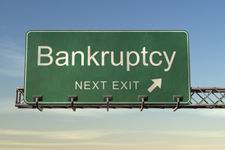 Inquiring minds want to know: Is Obama trying to bankrupt America? One short year ago, asking this this question would have guaranteed my inclusion among the ranks of right-wing nuts and/or conspiracy theorists. Today, it is a serious question being asked by Neal Boortz, Rush Limbaugh and many other leading conservatives. Here’s why.

In the summer of 2008, as John McCain and Barack Obama were campaigning for president, a series of economic events (started by Sen. Schumer) resulted in shifting the focus of the presidential campaign off the Iraq war, and on to the economy. These events ultimately resulted in Barack Obama’s election as President.

June 26, 2008: Democrat Chuck Schumer leaked a memo questioning the solvency of IndyMac bank. This memo precipitated a run on IndyMac which led to its failure. Federal regulators pointedly cited U.S. Sen. Charles Schumer, D-N.Y., in explaining the bank’s failure. “The immediate cause of the closing was a deposit run that began and continued after the public release of a June 26 letter to the OTS and the FDIC from Senator Charles Schumer of New York.”

This event, coupled with the Lehman Brothers collapse in September, marked the beginning of the current economic meltdown and provided the ammunition for massive government intervention in the private market.

Sept. 15, 2008: Obama and McCain are virtually tied in their race for the presidency. Out of nowhere, in the space of less than 2 hours, the Federal Reserve noticed a tremendous drawdown of money market accounts in the U.S. to the tune of $550 billion. Rep. Paul Kanjorski of Pennsylvania said that if authorities had not closed the banks, $5.5 trillion would have been withdrawn from US banks, which would have caused the collapse of the US within 24 hours.

This seminal event marked the ascendancy of Obama’s candidacy, and eventually resulted in his election as president.

Its no secret that Obama is a member of the far left. And he has staffed his administration with fellow ideologues. Leftists, like former Green Czar Van Jones, who states he is an “advocate for a socialist utopia.” Who believes that capitalism is “oppression and exploitation.”

People like Ron Bloom, who was appointed to reinvigorate the manufacturing base, who states, “We know the free market is nonsense.”

Any economist can tell you that raising taxes, increasing debt, printing money and unbridled spending is not the way to handle a recession. So either Obama is ignorant of this, or he willfully chooses to ignore the lessons of history. Or he is adopting a strategy outlined by Cloward-Pivens: Overwhelm the system until it fails, and then replace it.

Based on Obama’s actions to date, reasonable people must allow for the possibility that the change Obama promised may include destroying the free market economic system in order to replace it with an economy regulated by government entities.

Spending America into bankruptcy might just be our president’s way of leveling the global playing field – by bringing America to its knees. Based on Obama’s actions, and the actions of his appointees, its time to seriously consider if destroying our economy is Obama’s goal.

*Portions of this article were taken from A Contrived Crisis? Feb. 23, 2009

Give Me Some More Of That Green Shoot Love Baby! Double Shot of it…!

Morning Bell: “The American Public Is Not Behind This Bill”

Battle Brews Over Tactic to Win Passage of Health Bill

AP Source: Obama to add some GOP ideas to plan

Deal Near on Wall Street Regulations

Nor Rain, Nor Sleet — Nor Saturday?

Stated Erickson: “I’m supporting Danny Tarkanian for the United States Senate in Nevada. He’s a great candidate. His opponent has a troubling record that might make her a Republican, but should give conservatives pause. — Erick”

“When you run for office, all you can do is put your positions forward and hope people notice,” said Tarkanian. “Erick Erickson’s endorsement is very important to me because he is a thoughtful and discerning judge of conservative candidates. We are very grateful for his support. This is a great way to launch my U.S. Senate bid this week.”

Danny Tarkanian will formally file his candidacy this week. Details to be announced shortly.