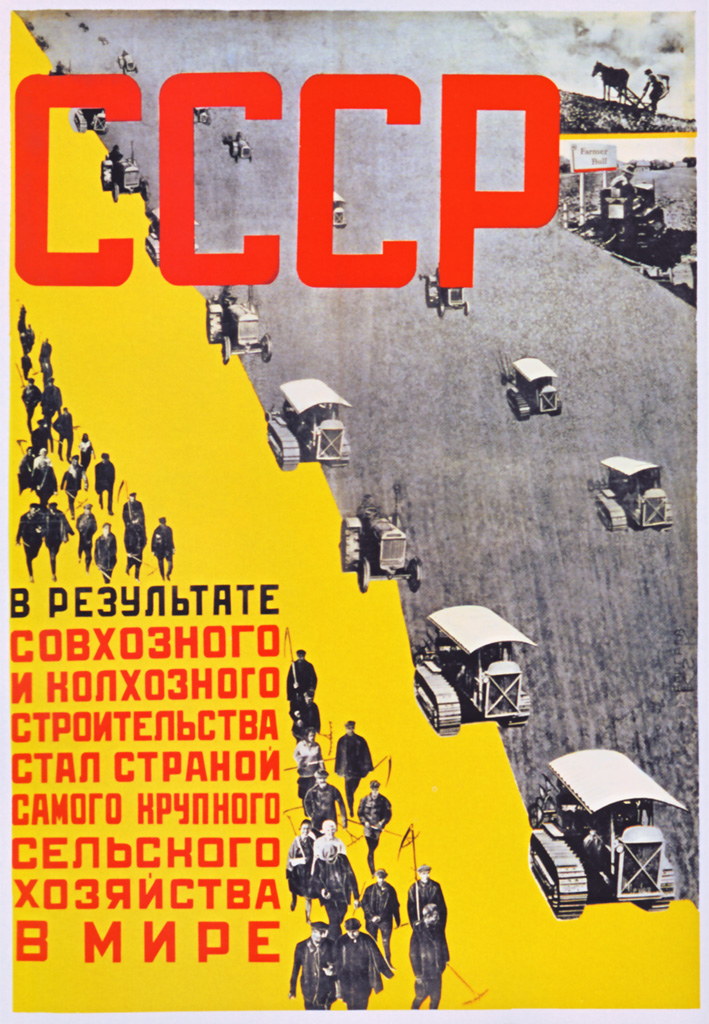 Yesterday and today, I posted two items on the Obama Administration and the EPA preparing to ban sport fishing in the US:

Now, they are getting ready to nationalize the farming industry:

So they are getting ready to “level the playing field” regarding farming and food:

ST. LOUIS – Some Obama administration officials have made clear their unease with the increasing control a handful of corporations have over the nation’s food supply, and this week in Iowa they could show whether they are serious about changing the system.

America, when will it be one ‘seizure too far’ that will push us collectively into serious action as a nation? If the government controls the food, they can starve us out… Do you realize that every totalitarian regime throughout history has seized the farms? If you control the food, you control the people…

It is at the heart of Chinese Communist Ideology:

Josef Stalin, who took power, began the first of many Five Year Plans in 1928. Peasants were forced onto collective farms. The central government directed all agriculture and industry. Stalin emphasized heavy industry like steel. Virtually all property became owned by the government. Moscow determined what products factories would produce and what prices they would charge. Moscow directed all aspects of society – education, hospitals, families, etc. Religion was suppressed, and churches destroyed. Western critics later labeled it totalitarianism because government control aimed to be total.

Gee, this couldn’t have anything to do with unions, right? Bet on it…

You know what my recipe for a revolt or civil uprising is? Lack of food and employment… Violence and desperation will not be far behind. A parent will go hungry, but they won’t let their children go hungry – they will protect and provide for them no matter the cost. This is one more brick in the wall pushing us towards social upheaval so the government has an excuse to come down on us and change our government permanently as well as transforming all we believe in. I am certain that somewhere in this utter violation of the Constitution and our freedoms is the trademark ‘nudging’ of Cass Sunstein.

Did you know that Zimbabwe and Venezuela have both seized the farms in their respective countries? In the immortal words of my friend Tom Elia at The New Editor: “This ought to end well…”

Should our Government control our food supply?

Here’s information on bills that our Government introduced in 2009 (Hat Tip: Nancy Jacques):

HR 875, introduced by Rosa DeLauro (D-CT) on Feb 4, 2009 [Food Safety Modernization Act]; in committee. This bill has 41 co-sponsors and all are Democrats. 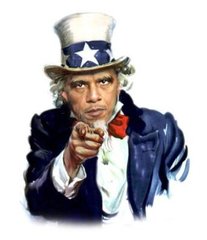 Executive Order 13528
Establishment of the Council of Governors

The New Editor – We Need to Ban Windows!

The New Editor – No Fighting in the Newsroom!

Doug Ross – So simple a caveman could do it (Hat Tip: Larwyn)

Atlas Shrugs – US Muslim Leaders Forbid Muslims in America from Sending Food, Aid to US Troops

The Radio Patriot – Massa: The Joe Pesci of Politics Bombs Big on Beck

The Radio Patriot – Spreading the word about Adam Kokesh

Truth and Common Sense – American Spectator tells about the threats of the new healthcare- for gun owners and homeschoolers. (Hat Tip: The Radio Patriot)

Truth and Common Sense – If healthcare passes, this will be the next block. States refuse to comply and we get one step closer to 1858. (Hat Tip: The Radio Patriot)

Michelle Malkin – The House Ethics Committee is a corruption-enabling cesspool

GoldSeek – Robbing the Old to pay the Rich (Hat Tip: Brian B.)

WSJ – ID Card for Workers Is at Center of Immigration Plan (Hat Tip: Brian B.)

HotAirPundit – Marco Rubio Ad: “America Needs Republicans Who Will Stand Up To Barack Obama Not Join Him” (Hat Tip: Brian B.)

The New Editor – Reconciliation, Then and Now

Monthly Federal Budget Deficit Balloons to Record; Up 14% from 2009

Canadian dollar likely to trump US

Unemployment rises in 30 states in January

Dems: ‘Health-Care Premiums Will Go Up, Down … Whatever’

Job openings rise the most since March 2007

Greece and the Curse of the Free Lunch – Lessons for America?

Morning Bell: The Up or Down Vote Our Country Really Deserves

The Stimulus Bill’s Hidden Attack on What We Eat, Drink, and Smoke (Hat Tip: Jean Stoner)

TOYOTA DEALERS to push back against ‘predatory’ GM, use of tax dollars to steal customers

Airlines will cancel flights — to avoid fines for delays

U.S. Sales Tax Rates Hit Record High. (Thanks to Loren for the link. OBTW, I expect even more tax rate increases as the recession deepens, and more states face crises.)

Williams: Expect Hyperinflation Within The Next Five Years. 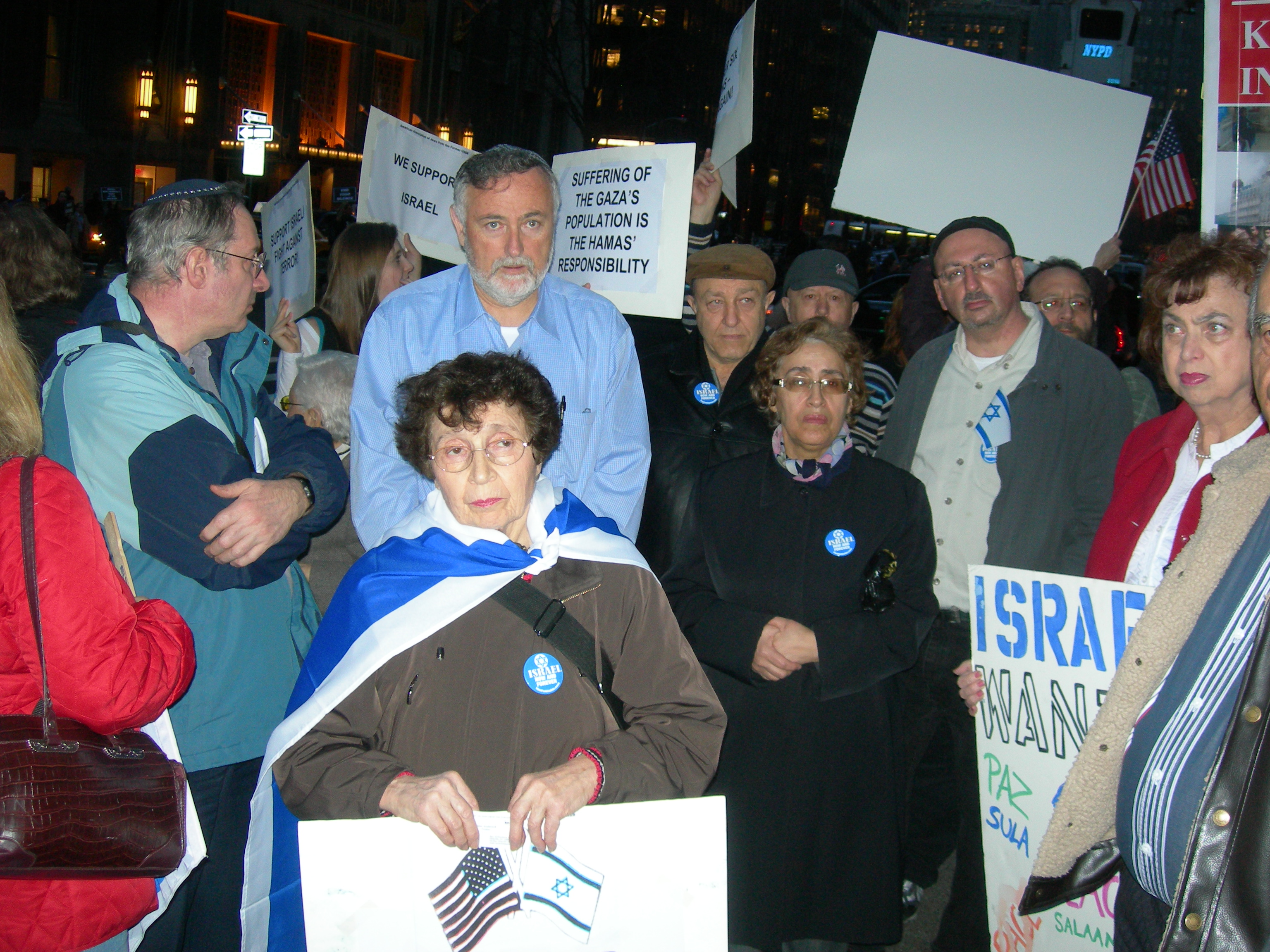 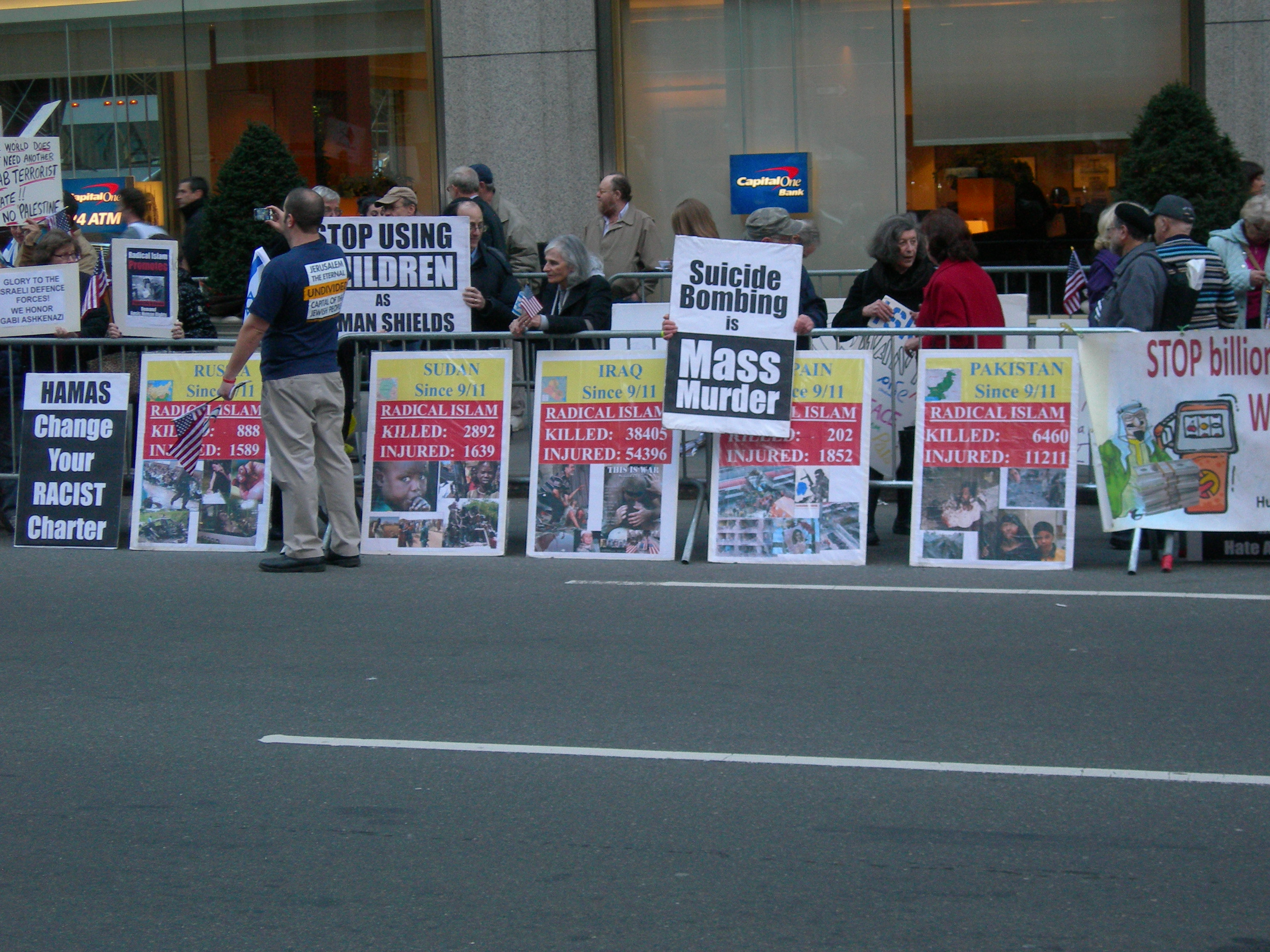 Chants of “Free, Free Palestine” and “Israel Is Here To Stay” resounded along New York City’s Park Avenue, as both anti-Israel forces and pro-Israel supporters squared off in front of the Waldorf Astoria Hotel on Tuesday evening, March 9th, while inside the hotel the organization known as The Friends of the Israel Defense Forces gathered for their annual gala fundraising dinner. The guest of honor and keynote speaker for this year’s dinner was Lt. General Gabi Ashkenazi, Chief of Staff of the IDF.

As part of their Israel Apartheid Week activities, 13 anti-Israel organizations including Adalah-NY, American Jews for a Just Peace, Codepink, Jewish Voice for Peace, American Muslims for Palestine, the International Action Center, Committee for Open Discussion of Zionism, Jews Say No!, the New York Collective of Radical Educators, the Green Party of New Jersey, The Islamist Thinkers Society, Progressive Democrats of America, the National Lawyers Guild – NY Chapter, the Judson Church, Women in Black and other assorted pro-Palestinian apologists gathered outside the Waldorf Astoria to condemn the role of the IDF in the 2008/9 Operation Cast Lead in Gaza. Referring to Gen. Ashkenazi as “the butcher of Gaza” the demonstrators claim that “Israeli military forces launched a brutal attack on the 1.5 million Palestinians of Gaza. Over a 22 day period the Israeli military killed more than 1400 people and destroyed factories, hospitals and homes.”

The 500 demonstrators staged a rancorous protest outside the hotel as they held aloft such signs saying, “From the River to the Sea, Palestine Will Be Free,” “Israel is a Terrorist State,” “No More US Tax Dollars for Israel” and “Nuremberg Justice For Israeli War Criminals.” Lamis Deuk, a spokesperson for the Palestinian contingent said, “The very same people who murdered Palestinian women and children in Gaza are being honored here tonight at a $1000 a plate dinner, while the Palestinian people in Gaza are starving as a result of Israeli blockades that prevent delivery of food and medical supplies.” When asked about the role that Hamas had played in provoking the Israeli initiative in Gaza through the constant barrage of lethal Kassam rockets into such Israeli towns as Sderot, Deuk said, “Israel is an occupying force that has systematically oppressed the Palestinian people and the very establishment of a Jewish state is inherently racist. This is why Hamas had a legitimate right to attack the oppressors.”

Chanting, “Free, Free Palestine”, “Israel is a Terrorist State” and “End the Occupation Now” the demonstrators called for the end of US aid to Israel and condemned the Obama administration for pandering to the Israeli lobby.

Across the street, about 100 pro-Israel demonstrators representing such organizations as the Human Rights Coalition Against Radical Islam, Americans for A Safe Israel, Stand With Us, and the Zionist Organization of America staged an intrepid counter-protest as they stood as a bulwark against the calumnies of the anti-Israel faction. Many members of the group wrapped themselves in Israeli flags and held signs saying, “Suicide Bombing is Mass Murder;” “Hamas Targets Civilians, Israel Targets Terrorists;” “The IDF Protects Jews, Christians, Muslims, Druze and Bahai.”

“The Israeli army is the most moral and ethical fighting force in the world” declared Rabbi David Algaze of Congregation Chavurat Yisrael of Forest Hills, New York. “They have displayed the utmost restraint when battling Hamas terrorists, murderers and criminals and the lies that are being spewed forth by misguided Jews and the forces of radical Islam must be confronted in the strongest of terms” he continued. ‘Let the world know that the Jewish people will not be intimidated by those who seek to demonize and delegitimize Israel. We are exceptionally proud of the members of the IDF and we will continue to support the right to defend ourselves from those who seek to eradicate us.”

Concerning the conclusions of the UN mandated Goldstone Report, Rabbi Algaze said, “The Goldstone Report is replete with glaring inaccuracies and omissions. It was a terribly biased investigation and these people here today who are excoriating Israel are just using this report as a pretext for the expression of their venom for Israel. What they are really saying is that Israel has no right to exist at all and neither do the Jewish people.”

Arish Sahani of the Indian Intellectuals Forum and a member of the Human Rights Coalition Against Radical Islam said, “The Palestinians are inciting war against Israel and Israel has every right to defend herself and her citizens just like any other country in the world would. Why is Israel held to a higher standard and why are Jews compelled to be constant victims. Why aren’t they given the right to fight back against sworn enemies just like everybody else. The answer is that the forces of radical Islam are guided by the Koran which is in essence a manual for war; a manual for the disrespect for the sanctity of life. The Koran obligates Muslims to murder all civilized people who are not Muslims and this war against freedom and democracy will never stop.”

Other demonstrators such as Chuck Waxman from Queens, a representative of the Jabotinsky movement and a former member of Brit Trumpeldor of America, also known as Betar, an activist Zionist organization said, “these Islamic radicals incessantly preach hatred of Jews and anyone who is not Muslim. Their mission is to murder Jews, to denigrate Jews through cleverly disguised propaganda and bald faced lies. Rather than Hamas and their terrorist supporters making demands on Israel, we call upon Hamas to release Corp. Gilad Shalit.”

Dr. Marvin Belsky, the chairman of the Human Rights Coalition Against Radical Islam said, “The tragedy of today’s demonstration lies in the fact that we are severely outnumbered by our enemies. Every Jewish establishment organization was informed of this counter-protest and none of them showed up to support Israel and the Jewish nation. The HRCARI is a nascent movement who has its collective finger on the pulse of radical Islam and we are cognizant of the dangers to the Western world that such a movement represents. Fascists come in all stripes and radical Islamists are in the forefront of usurping our freedoms and liberties. Make no mistake about it; if the world remains mute while Israel is being raked over the coals, the US, Europe and the rest of the free world will be next. The time is long overdue for Jewish organizations to take a leading role in exposing the nefarious agenda of radical Islam and to stridently oppose the deleterious ramifications of their well oiled propaganda machine.”

This Report submitted to BO is loaded with “CLIMATE CHANGE” terminology

1. Resiliency and Adaptation to Climate Change and Ocean Acidification: Strengthen resiliency of coastal communities and marine and Great Lakes environments and their abilities to adapt to climate change impacts and ocean acidification.

• Impacts of invasive species on ocean, coastal, and Great Lakes ecosystems, and a range of methodologies for control and prevention of these species; and
• Protection, maintenance, and restoration of populations and essential habitats supporting fisheries, protected species, ecosystems, and biological diversity.

First they came for our guns..

Then they came for or rods and reels.. duh?

Update: Gateway Pundit – Obama’s UN-Styled Commission Will Decide Who Gets to Sport Fish and Where