By: Trevor Loudon
From: New Zeal 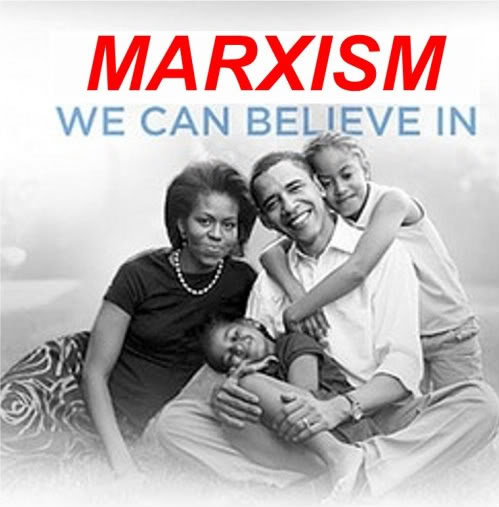 I have written this post to explain why President Obama is so desperate to pass health care legislation, seemingly regardless of the cost to the Democratic Party.

The reality is that President Obama owes his success and his hold on power more to three Marxist groups than he does to the Democrats.

The three organizations, Communist Party USA, Committees of Correspondence for Democracy and Socialism and Democratic Socialists of America, all worked with Barack Obama for years and helped get him elected.

All three organizations have campaigned hard for “socialized” or “Single Payer” health care.

They want Obama to pass a Bill, any Bill, so that they can then ratchet up the pressure until the government has complete control of the health sector.

Why? because these people figure that if government controls health care, it will lock socially conservative American workers into supporting their Democratic Party allies indefinitely.

Britain after WW2 is their model. While Winston Churchill was the hero of the hour, in 1946 he was dumped in a landslide in favor of Labour Party leader Clement Attlee, on the promise of a massively increased Welfare State and a socialized National Health Service.

A “single payer” national health system – known as “socialized medicine” in the rest of the developed world – should be an essential part of the change that the core constituencies which elected Obama desperately need.

Britain serves as an important political lesson for strategists. After the Labor Party established the National Health Service after World War II, supposedly conservative workers and low-income people under religious and other influences who tended to support the Conservatives were much more likely to vote for the Labor Party when health care, social welfare, education and pro-working class policies were enacted by labor-supported governments.

For an in depth look at the Marxists behind Obamacare I recommend you visit my blog New Zeal, specifically the posts;

Some Christmas Reading for Your Senators, Obama, Young, Conyers and Socialized Healthcare.

For a comprehensive expose of President Obama’s Marxist ties I ask you to visit my website KeyWiki, specifically the pages;

If you believe the above information is accurate and valuable, please link to the articles on your blog or website.

Please circulate them to your friends colleagues and elected representatives.

From a grateful Kiwi friend of the United States of America.