*Members of the press: Not the updated location of Saturday’s rally!

WASHINGTON, DC (March 18, 2010) – The past two weeks has seen the “Take The Town Halls To Washington” initiative get nearly 1,000 people to DC to meet with approximately 30 Congressman. The event culminated in the rally at Taft Park near the Capitol, which was sponsored by Tea Party Express. Over 1,500 people assembled to rally against the health care bill and then meet with their representatives. While the Capitol Police diverted the stage and sound for the park rally, grass roots activists innovated and used a park bench and bull horn to get their message to the attendees!

With the critical nature of a looming Congressional decision, a broad coalition of Tea Party organizations and leadership is launching the final push before a possible vote by the House. These events are being coordinated across the US and are aimed at communicating the frustration of the people while demanding the termination of this health bill legislation. While the DNC and the administration continue to obfuscate and confuse, this coalition is focused on getting activists involved prior to Pelosi’s maneuvering.

This event is being sponsored by the Tea Party Express, American Grassroots Coalition, Nationwide Tea Party Coalition, and Take the Town Halls to Washington.

Featured speakers and Entertainers at the Washington, D.C. Rally on Saturday will include:

Grassroots activists everywhere have worked to inform themselves, notify their representatives of their objections and take action in the form of rallies, meetings and calls into those representatives. Individual groups have worked to stop the health care legislation while coordinating with each other to amplify their message and their efforts.

Amy Kremer, of Tea Party Express, commented, “We had a great rally this week in DC and people have overwhelmed us with their desire to do it again on Saturday. With so many people concerned about this legislation and the ability to come to Washington on a weekend, we are working within this coalition to expand the Code Red rally participation .”

The coalition of Tea Party and grassroots organizations and leadership is committed to changing the dynamics of this legislative process. The Democratic led Congress is using procedural and legislative rules to ignore the overwhelming opposition to this bill. The will of the American people is being subverted by these actions and the grass roots activists who make up this coalition are focusing their energy to kill the bill.

For further information or to register and participate or assist others to come to Washington, DC, please check the above websites where details will be posted and updated regularly throughout the next 24 hours and http://www.americangrassrootscoalition.org/.

From: Family Security Matters – Video: Michele Bachmann shares how the IRS will be the “enforcers” of this Health Care Bill

Trouble brews down south – and America abandons its virtual fence. Given, it didn’t work worth a crap any way, but it was all we had… 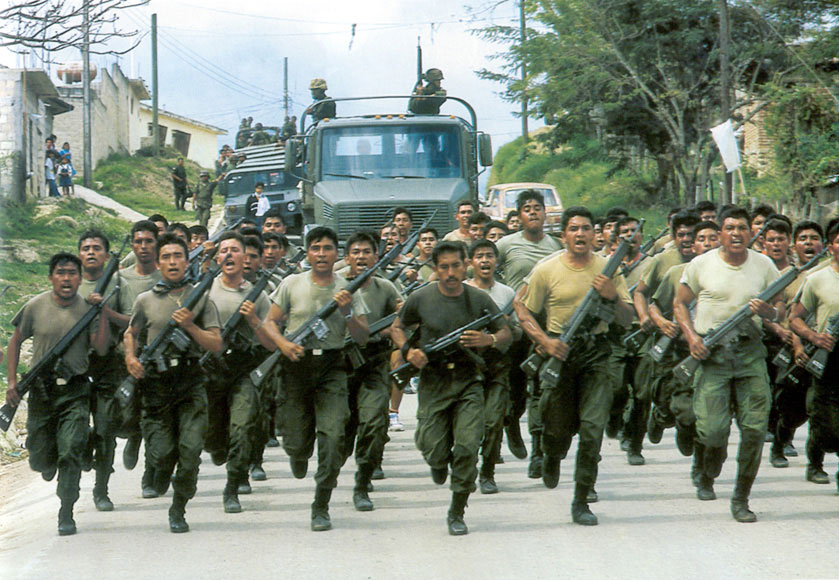 ORIGINAL CAPTION: Mexican Drug Cartels Paramilitary angered by a nationwide military crackdown on their drug and other criminal actives are striking back. This powerful group of organized criminals and their alliance, also known as the Federation, is a cooperating group of the major Mexican drug trafficking organizations (DTOs) also known as Mexican Drug Cartels and their Para-military units and gangs that are attacking Mexican Army troops and Federal Police. They also as a resource for the cartels carryout murders, smuggle drugs, humans and launder money, along with protecting drug transportation routes for the cartels, both in Mexico and on into the United states. 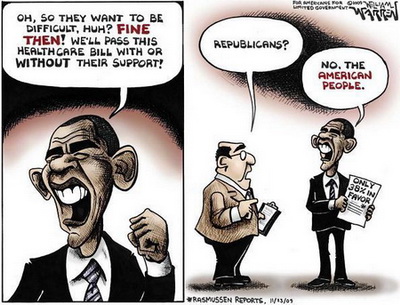 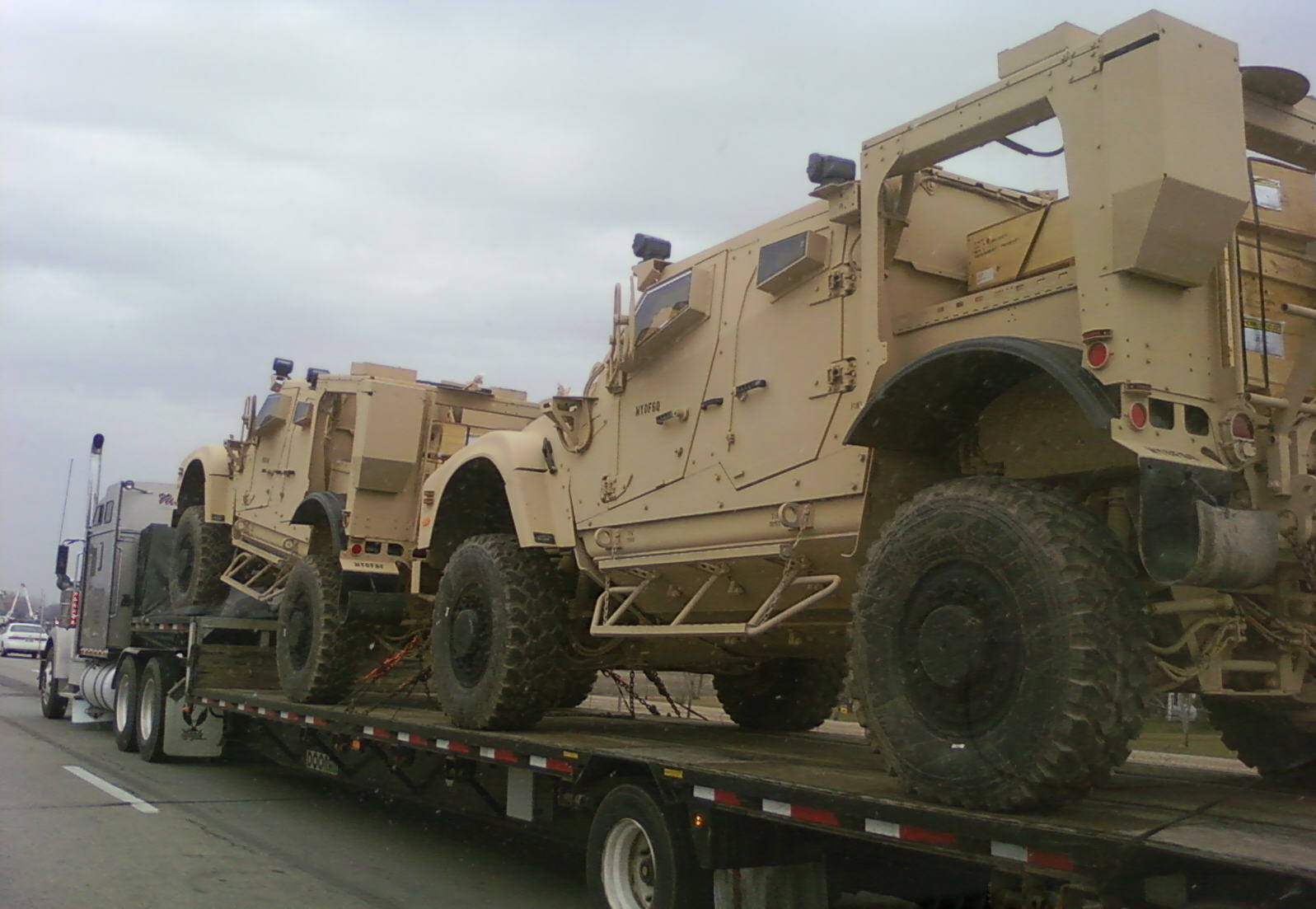 A reader in the Midwest sent in this curious picture along with a note:

Just like to let you know that I have seen several truckloads of these up-armored vehicles making their way south through the Midwest. I have lived here all my life and can say that I have NEVER seen this before. In the last week I have seen no less than four flatbed haulers (daytime and evening) moving these vehicles. There appears to be no markings as to what branch of the military might be receiving these vehicles. They are tan in color and look ominous. Can anyone tell more about where they are headed and who is receiving them? The timing is really freaky.

I have attached a photo of the vehicles.”

Uh…my guess? Only a guess but NORTHCOM maybe? I’ll grant you they look ominous….I’m still trying to figure out how NORTHCOM’s area of responsibility includes Canada…dunderhead that I am.

I would have thought NORTHCOM would have gone down to Falcon Heights Texas where a Mexican navy chopper hovered over a house about 2-miles inside the USA but that incursion by foreign troops into the USA was pretty much ‘blown off’ by the administration.

Seems the administration doesn’t want to bring too much public attention to the developing border incursions on our south – since it would belie even more truth about NAFTA than we already expected… Hello? Anyone home minding the US border or Constitution, anymore?

The Radio Patriot – A long way to go, and a short time to get there.

ThirdWaveDave – THE STOCKDALE PARADOX: AN APPROACH TO SURVIVAL

The New York Times – Tracking Electric Use Could Allow Utilities to Track You, Too (Hat Tip: Brian B.)

Atlas Shrugs – “Democrats have a word for this evil. They call it ‘compassion.'”

WSJ – Now for the Slaughter (Hat Tip: Brian B.)

The Washington Post – The right way to mend immigration (Hat Tip: Brian B.)

Mitch McConnell – Americans Counting on Holdouts to Vote With, Not Against Them (Hat Tip: Brian B.)

Gateway Pundit – Democrat’s Use Of “Slaughter Rule” Is Unprecendented

Gateway Pundit – Virginia AG Cuccinelli: If Dems Ram Obamacare Through House We Will Be in Court Next Week (Video)

Bob McCarty Writes – Shock Jock Howard Stern Stands Up for Capitalism, Says ‘I will never vote for a Democrat Again!’

Bob McCarty Writes – HEALTH CARE: There’s a Target on Your Back!

Bob McCarty Writes – ‘ObamaCare’ Would Drive Doctors Out of Business

A message to all members of Patriotic Resistance 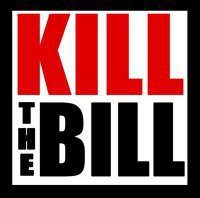 Grassfire Nation’s Steve Elliott and Resistnet’s Darla Dawald Discuss the ObamaCare Vote and the Big Rally IN DC this weekend.

Listen by Clicking Here and it’s on the front page top.

Go Here for Details/location for this weekends rallies and events:

There are several coalition groups listed on the above link discussion… Feel free to check with their websites to coordinate travel also.

Go here to check on transportation or share a ride:

Hope to see you in DC. If you can’t make it please get involved in a rally, candlelight vigil, visit reps offices locally. Please schedule your faxes and make your calls tomorrow.

Keep up the fight! Thanks for all you are doing!

P.S. We apologize for multiple emails today. The circumstances with the bill and the events have
precipitated this. Thanks for your understanding.

Momentum and Inevitability: Don’t Be Fooled

Keep in mind that from the time the Democrats started the 72 hour clock, they have been working hard at creating an aura of momentum and inevitability around the passage of Obama Care. What they most want to do right now is undermine the spirit of the opposition to get you to begin backing off.

Don’t buy into it. Those people are always more about spin than substance. Stay engaged and don’t feed into what they want you to by getting this, or that headline linked and talked about in the blogosphere.

Also, see Dem Rescue, a Tea Party related effort. Make sure the Democrats who stand strong know they will still have friends if they continue to stand for freedom and the Constitution, as many of them have pledged.

Update: Kim Priestap – Nothing is inevitable