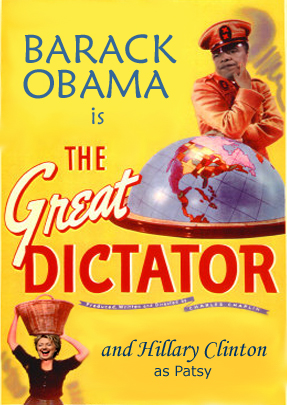 America is no longer a Republic. We have transformed into a dictatorship with Obama as the tyrant in chief:

President Obama announced 15 recess appointments on Saturday, including two new members of the National Labor Relations Board. “The United States Senate has the responsibility to approve or disapprove of my nominees,” Obama said. “But if, in the interest of scoring political points, Republicans in the Senate refuse to exercise that responsibility, I must act in the interest of the American people and exercise my authority to fill these positions on an interim basis.” Obama said the appointees had waited an average of 214 days to be confirmed.

And from Fox News:

All 41 Senate Republicans wrote Obama this week urging him not to use a recess appointment for Becker, a former top lawyer with Service Employees International Union and the AFL-CIO. The U.S. Chamber of Commerce also wrote Obama on behalf of 20 business groups that oppose Becker’s nomination.

Congress is officially irrelevant and Obama with his Czars and appointees are now running the madhouse. All hail the new American Dictator!

One thought on “All Hail The American Dictator!”