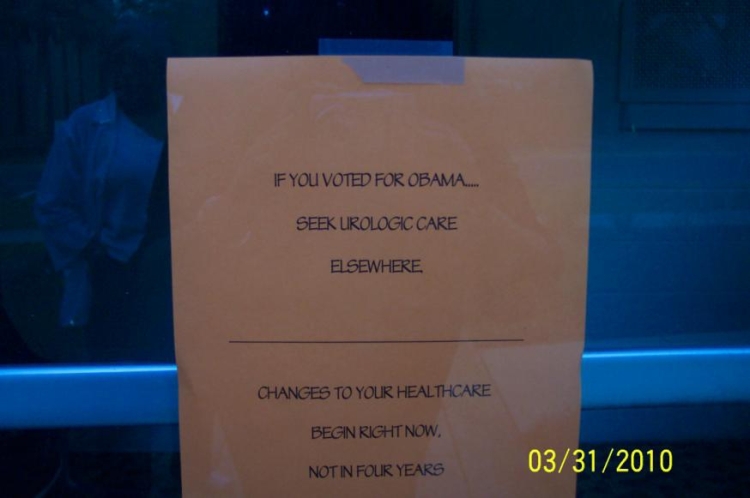 MOUNT DORA — A doctor who considers the national health-care overhaul to be bad medicine for the country posted a sign on his office door telling patients who voted for President Barack Obama to seek care “elsewhere.”

“I’m not turning anybody away — that would be unethical,” Dr. Jack Cassell, 56, a Mount Dora urologist and a registered Republican opposed to the health plan, told the Orlando Sentinel on Thursday. “But if they read the sign and turn the other way, so be it.”

The sign reads: “If you voted for Obama … seek urologic care elsewhere. Changes to your healthcare begin right now, not in four years.”

And may there be many, many more doctors who feel this way. Let’s go back to cash and credit, use bartering, ditch the insurance companies altogether and tell Obama’s healthcare minions to not let the door hit them in the proverbial ass… Change they can believe in.