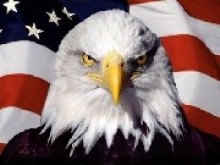 Each morning I get up and turn on the news. It’s part of what I do for a living. Every day I stand in wonder of the newest set of items our government is piling on top of the American people in a never-ending quest to find the breaking point of America.

The Stress-Test of America includes:

And there is much, much more going on that heralds the unraveling of America.

How much more can Americans take? What will be the straw that breaks America’s back and will? Will it be martial law, hunger or violence or all of the above? In our household, we have a term for someone who keeps prodding someone else until they come unglued – ‘poking the badger.’ Well, I think that applies here…

Americans just want to be free. To work and raise their families. To have a home and a good life. Now we face poverty, enslavement and perhaps death. All because of the choices we have collectively made or failed or make – the individuals we have allowed to rise to the top and now control America are the ones we either chose or just let carry out their evil agendas because we were too busy just trying to live.

Now America must pay the price. How long do we let this go on before we stop it? Personally, I don’t think we have three more years. I don’t think we even have a year if Obama keeps to his agenda and so far there is no one to stop him but a very few. And if he gets his way, Obama will silence those like Beck and bloggers who stand against him.

I wonder what Cloward and Piven would think of America’s current breaking point… How do you like the brave, new world we face?