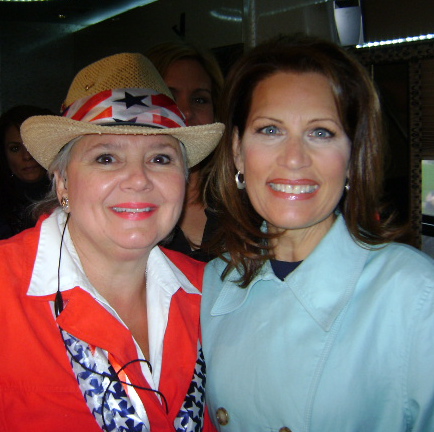 WE SCOOPED THEM ALL! Today the Radio Patriot and ASK Show producer Dave Logan scooped the world with the announcement that the Tea Party Express would be endorsing Rep. Michele Bachmann for re-election. As soon as we learned the news, we contacted Glenn Reynolds at Instapundit, who posted it immediately at the Instapundit site. Instalanche!!!

TEA PARTY EXPRESS: Michele Bachmann edition. I hear the TPE will be endorsing her.

Posted at 9:52 am by Glenn Reynolds

Reynolds announced the endorsement before it was made public during a press conference held in front of the Minnesota State Capitol building on Thursday morning. The annoucnement comes on the heels of a blockbuster appearance last night by Bachmann with Sarah palin and Sean Hannity on a televised special edition of the Hannity Show seen on Fox News Channel.

For more details, head to Dave’s site at Thirdwavedave.blogspot.com. 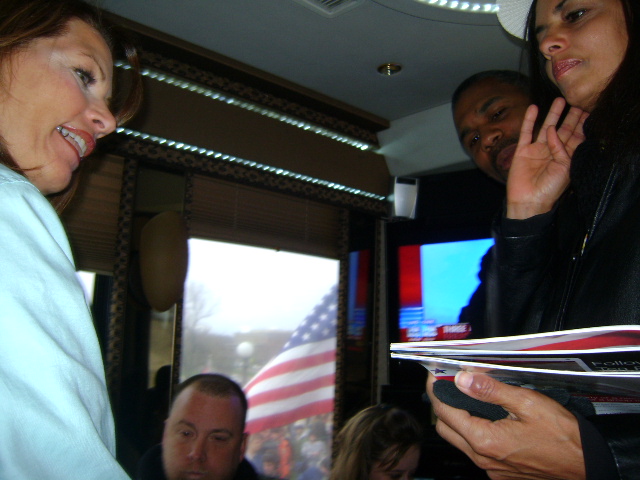 Rep. Michele Bachmann aboard the Tea Party Express Red Bus chats with Selena and William Owens of the TPS team. 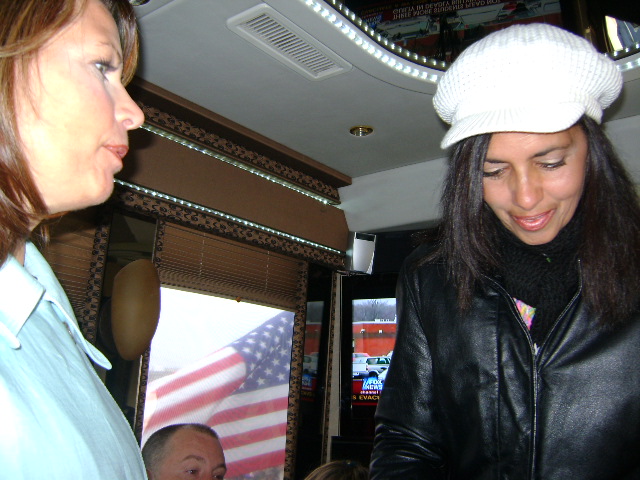 Rep. Michele Bachmann chats with Selena Owens, author of “The Power Within A Conservative Woman: Engaging America for God, Family and Country” 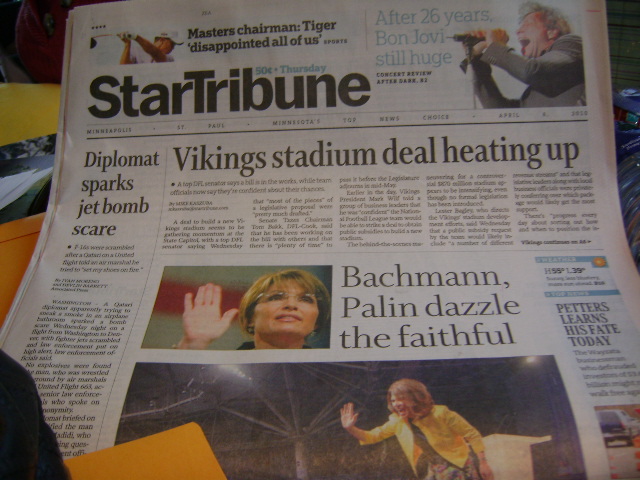 The Star Tribune front page piece on the impact of the Bachmann/Palin appearance the night before. “Dazzling” 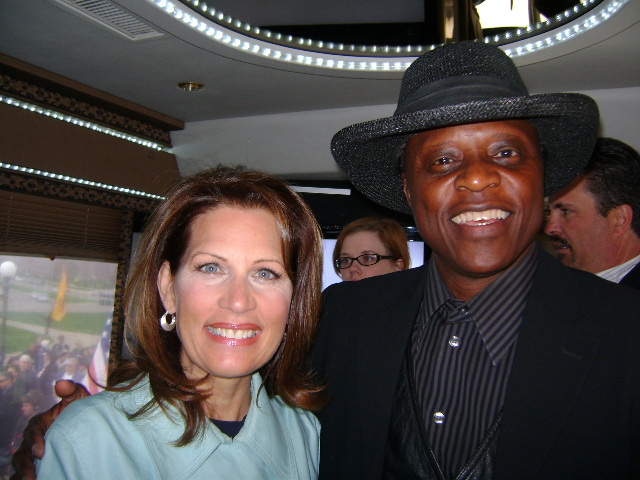