Like many of you, we got word that Michigan Rep. Bart Stupak has announced he will retire. In fact, Stupak was making his announcement as we were opening the show at the Ludington Park Bandshell in Escanaba. (See pics below)

He knows his goose is cooked and he’ll never win another election in his district after he betrayed those who supported him because of his supposed “Pro Life position. One woman at the Escanaba Rally told me how disappointed and heartbroken she and others were at his vote for the Health Care bill and against life. From Matt Smith of the Catholic Advocate:

Congressman Stupak has served the people of Northern Michigan for nearly twenty years. He has endured the tragedy of losing a son to suicide and worked tirelessly to focus on the role prescriptions might have played in his son’s decision, so other parents would not suffer the same pain. He consistently stood for the cause of life, but when it came to the biggest battle in years, could not go the distance.

Congressman Stupak unsuccessfully tried to have it both ways on health care. He made a drastic error in judgment that will ultimately further abortion in the United States.

We wish him and Laurie well as they begin the next chapter in their lives. Even after a long career in Congress, in Washington, you are, unfortunately, most remembered for how you depart. Many pro-life activists feel Congressman Stupak quit on them, so it is only fitting he retire from the arena if he has lost his heart for the battles.

So today we go on to rallies in his District and celebrate his retirement. But we won’t stop there. While Stupak chokes on the tea we’ve served up for him, we will not rest, we will not dig a foxhole. The enemy never sleeps. Neither do we.

Stupak is just the first of many who realize they’ve already lost their exalted perches in Congress, and it’s not yet November. Our team may have won this game and we’re on a roll to the championship, but it’s not time to go for beer and pizza yet.

Today’s headlines at the Drudge Report:

Gingrich: Obama’s the most radical president ever.

Rush Limbaugh – Obama inflicting until damage on this great country

Palin: Obama’s Nuclear stance is like a kid who says “Punch me in the face”

Liz Cheney says: Obama is putting America on a path to decline

Hanity says Obama is a socialist

We can’t falter, we can’t rest. We must continue to take ground, moving forward constantly. And in November when we’ve taken back the House and maybe the Senate, the battle still will not be over. Our men don’t dig foxholes. We will continue to push the enemy back, until we have recaptured and reclaimed our country and our liberty. We are not holding our positions. We are advancing constantly. And we are not interested in holding on to anything except the House, Senate and the White House of course.

Escanaba turned out in grand style for the event. 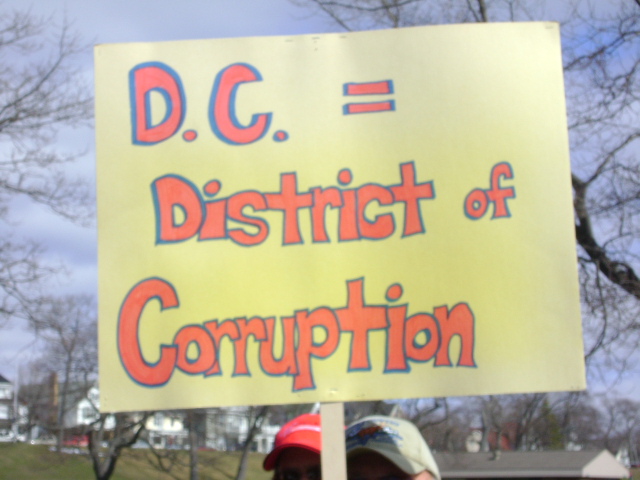 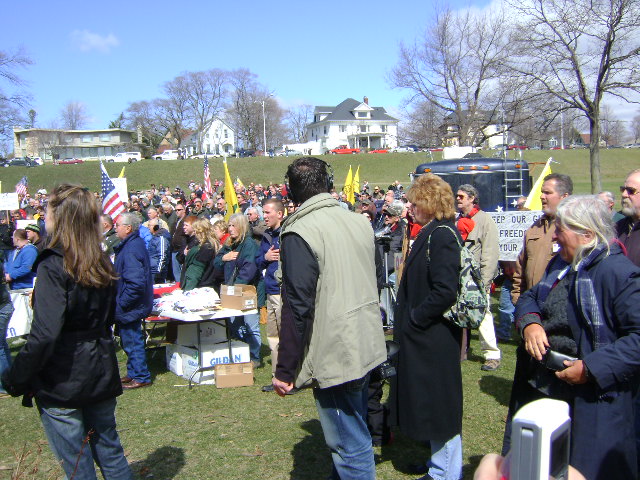 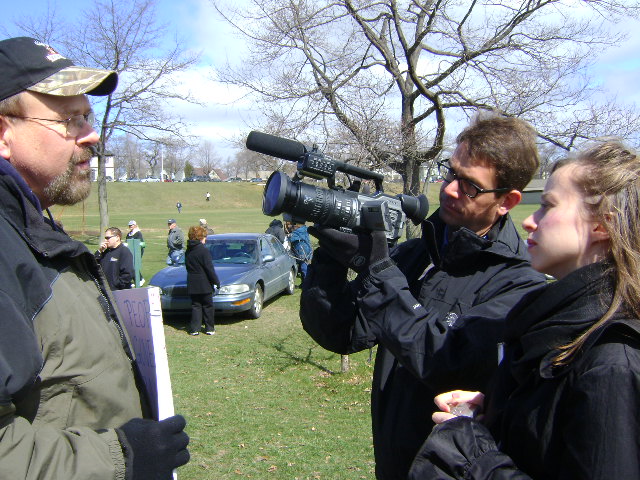 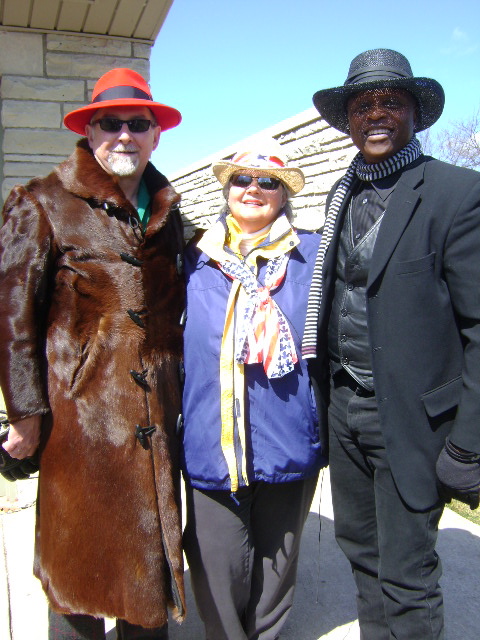 The Man with the Horse Hair Coat 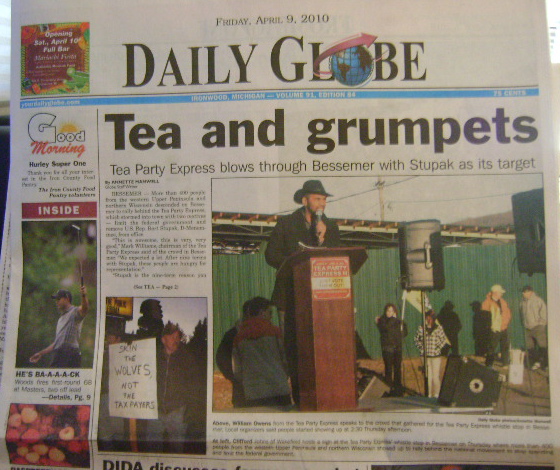 Under a front page, top of the fold headline that read “Tea and Grumpets”, the Ironwood, Michigan Daily Globe featured a color photo of Tea Party team member William Owens at the podium.

“More than 400 people from the Upper Peninsula and northern Wisconsin descended on Bessemer to rally behind the Tea Party Express, which stormed into town with two motives — limit the federal government and remove U.S. Rep. Bart Stupak, D-Menominee, from office.” — Daily Globe, Ironwood Michigan, Friday, April 9, 2010

Here’s our schedule for the next few days: 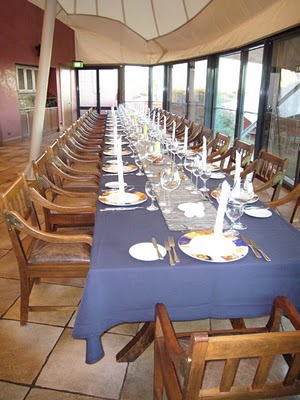 The Tea Party Express team will be dining out together this evening, and you’re invited to join us — virtually speaking. We’ll be live streaming on TeaPartyExpress.TV beginning at approximately 8:30 p.m. EDT from Sault Saint Marie, Michigan. The discussion board will up for you to comment and ask the team questions about the tour.

If you haven’t registered yet to view the livestream, go to http://teapartyexpress.tv/ and sign up.

Join us! We’ll be looking for you!

The Radio Patriot reports from today’s rally: “We are advancing constantly. Stupak retires.” Justice John Paul Stevens, the longest-serving member of SCOTUS, is retiring to the old-old folks home. It’s probably about time he hangs up his robe anyway, if he can still remember where to find it. George Burns said sex at age 90 is like trying to shoot pool with a rope; I would imagine that interpreting the Constitution at age 90 is like trying to throw a baseball when you’re the wrong president.

It’s a tough age. My grandma’s 90, and her biggest obsession is worrying about how much nothing works as well as it used to. (Hell, I’m in my 40s and I know that already.) Then again, my Dad’s dad was still delivering the mail at 90 — driving down the road at 15 mph and pissing off every person in upstate New York, all of them getting stuck behind his stationwagon, the line of cars sometimes seeming to back all the way up to the Tapanzee.

It’s probably good timing for Justice Stevens to step down, anyway. It will give the ADHD-addled Liar in Chief something else to do, since he seems to hop from issue to issue to issue like a rabbit with a harem. It’ll also give the talking heads something to talk about, who pResident Barack Obama will probably nominate. Allow me to jump the gun, and give you the likely short list of candidates.

1. Oprah. She doesn’t have a law license, but in the Obama Regime, why let qualifications get in the way? The Puffer in Chief owes her. She coined the term “The One.” She’s probably half the reason he’s in office right now, well maybe only 10 percent if you remember the MSM inserted their heads so firmly inside Obama’s colon they extracted enough Obamalove to smear on the voters. Still, Oprah could be Zero’s one. She’s retiring from TV, needs something to do, and has a marker to call in. Besides, I hear Obama needs to find a place for her since her tryst with him and Mobama isn’t working out.

2. Janet Napolitano may be among the list of candidates, but then again I hear Obama wants to nominate a woman.

3. Joe Biden. If Zero doesn’t go the route of nominating a woman to the bench, where else could Joey Mumbles do more harm? Also, Joey’s twice been under the knife for brain aneurysms, and the last time the doctor accidentally cut the nerve leading to Joey’s manhood, effectively rendering him a woman. Furthermore, the Obama Regime won’t be complete until a Supreme Court justice mentions the words “This is a big fuckin’ deal” on camera. And finally, after Zero’s healthcare “victory,” Obama certainly has been throwing his weight around like someone who doesn’t need an insurance policy.

4. Michelle Obama. Sources say RuPaul would top this list, because Obama really wants to appoint a transgender justice, but shehe doesn’t have a law license. Then again, neither does Mobama since she “voluntarily” surrendered her law license in 1993. But she does have experience denying people healthcare, a big bonus since Obama may have to fight an eventual challenge to Obamacare in the Supreme Court. She may also fit the transgender prerequisite.

5. Barack Obama. Is it any surprise? Last time we looked, Barack Obama was an expert on everything. Already the CEO of GM, the nation’s chief nuclear expert, our Physician in Chief, top insurance expert, head apologist, and top economist (no doubt I’m leaving out many of his other areas of expertise), the pResident has to occupy his time with something other than … being president. 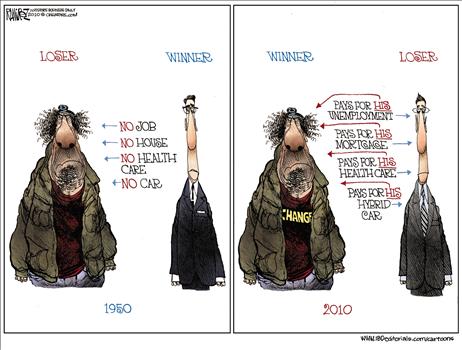 The New York Times – China Is Eager to Bring High-Speed Rail Expertise to the U.S. (Hat Tip: Brian B.)

END_OF_DOCUMENT_TOKEN_TO_BE_REPLACED

The Tea Party Express (website: www.TeaPartyExpress.org) has issued the following statement from Political Director, Bryan Shroyer, regarding the rumors of Bart Stupak’s retirement:

“The surprising announcement that Congressman Bart Stupak is abandoning his campaign for re-election shows the power of the tea party movement. Stupak was no longer able to hide his betrayal of conservative principles because the tea party movement was organizing the voters in his district to fight back and defeat Stupak.

“During the past few weeks the Tea Party Expresss put together a formidable campaign to defeat Bart Stupak. Two days ago we began a $250,000 TV and radio ad blitz. For weeks we’ve been organizing tea party rallies specifically targeting Stupak for defeat.

“Last night in Ironwood, MI some 400+ people turned out for a rally against Stupak, which is almost 10% of the city’s population. We are currently en route to Escanaba, MI where a giant rally is planned.

“People in this district are furious with Bart Stupak. He betrayed his constituents and his own principles. Those who helped him win electoral victories of more than 60% in the past were now working to defeat him.

“There has not been a similar national push in the Upper Peninsula and Northern Lower Michigan as is currently underway by the Tea Party Express. This effort is historic, and it has been possible because of the disgust voters have towards Stupak’s betrayal of those he was supposed to represent.

“Just as Scott Brown was propelled to victory in the U.S. Senate thanks to the tea party movement, now Bart Stupak appears to have succumbed to the movement’s strength as well.

“Our movement is real – it is not Astroturf, and we’re not going away. November 2010, here we come!” 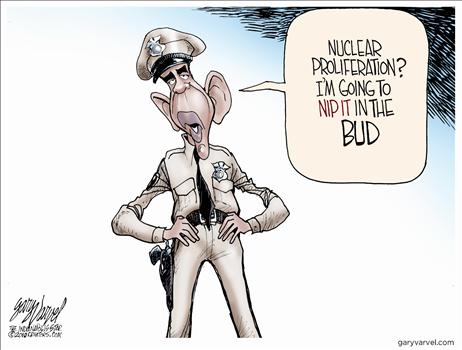 Unexpected rise in US jobless claims

The Obamacare Sales Pitch Paid for by Your Tax Dollars

In the Green Room: Judge Andrew Napolitano on Tea Parties and Why Obamacare is Unconstitutional

Should The Government Stop Dumping Money Into A Giant Hole?

Oil could give kiss of death to recovery; Triple-digit crude once again in offing

NYT: HOW CAN YOU NOT BELIEVE ECONOMY IN ‘RECOVERY’?

World stocks drop as Greek debt crisis intensifies. A comment from D.S.: “I had always thought the “Greek Solvency” issue had never been solved, and this article shows that I was correct. This is another example to add to the folder of Main Stream Media (MSM) using cheap plaster to hide things from the citizens of this country.”

Concern About Greece, US Jobs Holds Stocks Down

US Job Openings Decrease to 2.72 Million