Dick Morris – Obama: Gas Us Without Fear of Nukes

The Anchoress – “Where’s the Left’s Palin?”

AP – Stocks up but trades are scarce, worrying bulls 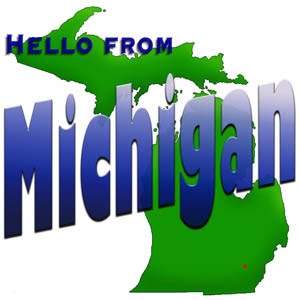 DAY 15 will test the organizational skills of TPX III. With six Michigan tour rallies staring them in the face, it will no doubt be an exhausting affair. However, with two recent, high profile successes under their belt — endorsing Rep. Michele Bachmann and Bart Stupak’s forced retirement — this crew’s not only up for the challenge, but looking forward to it. You see, these patriots don’t dig foxholes. Don’t even know how to. They’re headed in one direction and one direction only: down range.

Last night, the TPX crew was treated to a night out for a good meal. TPX TV set up live-streaming equipment table side and sent out invites so TPX supporters could attend the dinner via computer. During the dinner, viewers enjoyed watching many of the crew members being interviewed. They even had a chat room feature so viewers could interact with the crew. A huge success for TPX TV’s Wm and Selena Owens.

President of America’s Mighty Warriors, Gold Star Mom Debbie Lee, attended the dinner and took a few moments to talk about her son, Marc Alan Lee. Marc was the first Navy Seal killed in Iraq while defending our freedoms back here at home.

Make a CONTRIBUTION to TPX III. Taking back America requires lots of money. Give generously.

Prison in Store for Obamacare Offenders

How ObamaCare will make things worse

Up Next for Obama… Financial Reform

Property Tax Rebellion Brewing After Real Estate Collapse. Here is my prediction on how this will play out: Property values will eventually drop by 50% in most of the more populous states. Assessed valuations eventually drop correspondingly, but only after a public uproar and some foot-dragging. Tax revenues will decline. State legislatures will respond, increasing property tax rates by 100%. Net result: The politicians still get their money.

The Line Of Doom (The Mogambo Guru)

Oil Down to Near $85 as Two-Month Rally Stalls

Congressman Bart Stupak’s retirement hasn’t made the tea party in Michigan moot – instead it’s reinvigorated the movement and in less than one-hour a gigantic tea party rally will take place in Traverse City, MI. Thousands are expected to attend.

In addition, a caravan of supporters from Petoskey, MI is joining the Tea Party Express motorcade. A “whistle stop” tea party rally just took place in Petoskey and several hundred turned out despite the rally only lasting 15 minutes.

The rally will take place at approximately 11:40 AM Eastern Time at the Grand Traverse Civic Center Pavillion.

Congressman Bart Stupak has been insisting that the Tea Party Express’s $250,000 campaign to “Defeat Bart Stupak” had nothing to do with his forced retirement. In an interview with Fox News, Stupak said he was proud of himself for “sucking dry” the treasury of the tea party movement.

But Stupak showed his ignorance and arrogance. In fact, by announcing his retirement in the middle of our “Defeat Bart Stupak” campaign, Stupak allowed us to halt the purchase of additional TV and radio airtime for our ads. Thus, as Congressional Quarterly reported, we’d only spent $50,000 in our campaign and has allowed us to save $200,000 to use against other failed incumbents in Congress.

Here were Stupak’s comments made yesterday:

“If anything I just made the tea party people spend a lot of money that wasn’t necessary on all these ads they have to run against me so they can’t use it on anyone else. So I’ll take credit for sucking their treasury dry.”

And here is the link to the Congressional Quarterly article:

You see, by running in fear from the campaign being waged against you – while we were still in the Upper Peninsula of Michigan and in the middle of our TV & radio ad campaign – you’ve allowed us to stop the campaign against you with only $50,000 of the $250,000 having been spent. You can see the report from Congressional Quarterly – HERE, we’d only spent $50,000 by the time you made your announcement.

Congressman Stupak: you are as ignorant as you are arrogant. You could have kept your mouth shut another week or so and truly drained the tea party movement’s treasury dry.

To our supporters in the tea party movement: let’s keep this up. We’re about to announce our giant 2010 Election Targets on April 15th. Let’s fatten up the tea party campaign treasury so that Bart Stupak’s friends in Congress can join him in the retirement home playing checkers and watching the soon-to-be-elected constitutionalist conservatives in Congress on C-SPAN taking our country back!

You can contribute any amount from as little as $5 to the maximum allowed $5,000.

If so please – CONTRIBUTE ONLINE HERE.

If you prefer you can mail in a contribution to our headquarters:

Hat Tip and Quote: Kim Priestap Special thanks to The Anchoress.

I awoke to the horrifying news that the President of Poland, his wife, their banking leaders and their military leaders all perished in an airplane crash this morning en route to Russia for a ceremony marking the 70th anniversary of the massacre of thousands of Polish officers by Soviet secret police. There was thick fog, but what was very telling was that the airport was closed and would not allow them to land. In such an emergency, you would think they would do all they could do to safely bring in that plane. The pilots tried three times to land and fell apart on the fourth attempt. This looks almost ‘planned’ to me by the Russians. The latest count I heard was 131 dead. Guess Russia doesn’t have to worry about that pesky missile shield in Poland now, huh? The AP calls it ‘tragic irony.’ I call it ‘convenient.’

Kim Priestap has a post up on this that is very compelling:

There’s a truly bizarre irony in the timing of this crash that cannot be ignored. Kaczynski and many of his top military officers were heading to Russia – on a Russian plane – to commemorate the 70th anniversary of Stalin’s massacre of thousands of Polish military officers.

Here’s another bizarre twist. Just this past September, when President Obama was simultaneously announcing that he was reneging on the United States’ commitment to place a ballistic defense system in Poland, Russia tried to intimidate the Polish government by playing nuclear “war games” on the 70th anniversary of the Soviet Union’s invasion of Poland.

Could Russia pick a better time to move on Poland? With a spineless President and Congress, America will surely stand passively by and let these events unfold. Especially since we just signed a spanking new ‘reduced nukes’ agreement that would effectively tie our hands from moving on Russia or China (but Israel is a possibility – chew on that one for a moment). Russia can also tell the US that if they want sanctions on Iran, Americans need to sit down and shut up. Will the Czech Republic be next in line for Russia? Can China moving on Taiwan be far behind?

With America out of the way, there is no one to stop the bad guys. We were the last hope of a free world. Darkness is descending and a world war is on its way. Something very wicked this way comes…

Medvedev calls for Russian-Polish unity after Kaczynski’s death (via Lucianne) We all know what that means, don’t we?

Afterthought: I just can’t believe it was an accident – too fortuitous and coincidental. It was foolish to put most of the leadership on one plane – I wonder if there is more to that piece of the puzzle? We’ll never know since Putin has put himself in charge of the investigation.

Some of those who died in the crash of Poland’s presidential plane, according to the Law and Justice Party, founded by President Lech Kaczynshi.

Gen. Franciszek Gagor — head of the army chief of staff

Slawomir Skrzypek — head of the National Bank of Poland