TRAVERSE CITY, MICHIGAN blogger — Soldier for Liberty — was on hand as TPX III arrived in her hometown. Her report includes many photos, including info on a small group showing its support for the president. We don’t see that too often.

ONGOING COVERAGE can always be found at Terresa Monroe-Hamilton’s Noisyroom — hit her site and just scroll away. John Ruberry at Marathon Pundit files daily reports from the Greater Chicagoland area. Yesterday, Ruberry dedicated his 9000th post to Tea Party Express III. Of course, it was tailored with a Michigan theme. Thank you, John.

INSTAPUNDIT is another site for Tea Party links, including this one about next week’s Tea Party in St. Louis. Also, Glenn asks: “Is this hope, or change?”

**TAKING BACK AMERICA: Melanie Morgan has announced some important news that will make progressives toss-and-turn throughout the night. Fighting for America just comes natural for Melanie, and Cat Moy, so get over to Mel’s site and support their efforts. 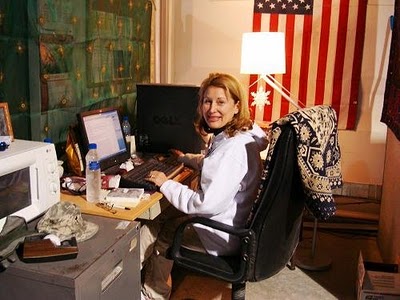 THE ANDREA SHEA KING SHOW will resume programming on Sunday evening at 9 pm et. I will be hosting, Andrea will be reporting in from “somewhere” near Erie, PA. If we have time, we’ll take a few calls: 646-478-4604. 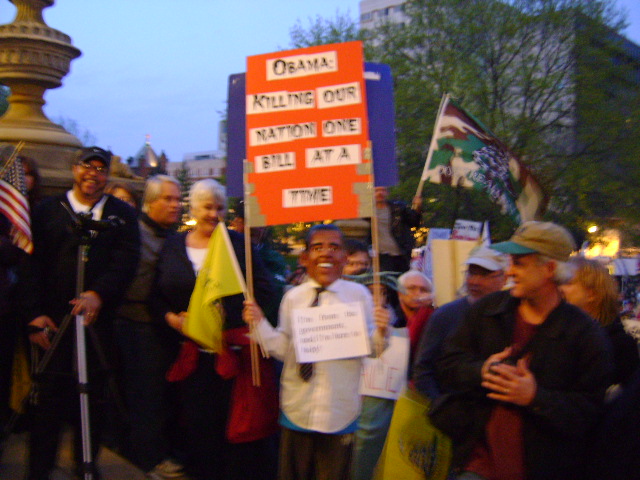