By: Trevor Louden
From: KeyWiki

Democratic Socialists of America (DSA) is a highly influential organization.

While only 6,000 strong, DSA has considerable strength in the labor movement, non profits, education and inside the Democratic Party. While Marxist based, DSA’s innocuous sounding name, allows the organization to operate in ways and places that their allies in the the Communist Party USA cannot.

After using its clout to push through “healthcare reform” DSA is now using its influence in the giant union SEIU, to promote “immigration reform.”

On April 6, 2010 at the McShain Lounge in McCarthy Hall Georgetown University, Washington, D.C. the DSA controlled Dissent magazine sponsored a seminar “Labor, the Left, and Progressives in the Obama Era,” summed up as follows:

After the success of health care reform, what’s next on labor’s agenda? How can the labor movement grow and engage with a progressive movement that speaks to the Obama era? What is the role of younger workers, workers of color, and women? Is there a new “New Deal” on the horizon?

The seminar worked on ways to sell “immigration reform” to workers – a tough job, especially in a time of high unemployment.

SEIU leader and veteran of the Communist-led Black Radical Congress, Gerry Hudson, promoted the idea of manipulating anti-Latino immigrant black workers. This would be achieved by exploiting and stoking their fear of white “f**king rabidly racists”. To Hudson it seems to be a legitimate tactic to promote anti white feeling among blacks, in order to get them to support immigrant Latinos.

But why, in a time of high unemployment, do DSA labor unionists want to legalize illegal immigrants and open US borders to still more low skilled labor competition? How is that in their members interest?

The answer is simple. The members’ interests don’t matter.

This is about power.

A greater number of low-skilled Latino immigration means more votes for the Democrats and consequently more power for the political left. This was clearly shown when SEIU International Executive Vice President, Eliseo Medina let the rat out of the bag in a speech to the “progressive” America’s Future Now! conference in Washington, DC on June 2, 2009. A DSA honorary chair, Medina addressed attendees on the issue of “immigration reform”…

When they voted in November, they voted overwhelmingly for progressive candidates. Barack Obama got two out of every three voters that showed up

We reform the immigration laws, it puts 12 million people on the path to citizenship and eventually voters. Can you imagine if we have, even the same ratio, two out of three?

If we have eight million new voters who care about …… and will be voting. We will be creating a governing coalition for the long term, not just for an election cycle.

There you have the strategy. Fight for the illegal immigrants, grant them citizenship, then exploit their gratitude in the form of votes to create a “governing coalition for the long term, not just for an election cycle…”

In other words, lock the Democrats, the unions and their socialist allies into power indefinitely. exploit millions of immigrant votes to defeat Republican candidates, turning conservatives into a permanent electoral minority.

Labor unions in Marxist hands become mere transmission belts for socialist policies. The looming “immigration reform” debate is a graphic example of how a small cadre of socialists can leverage labor power into altering the direction of the world’s most powerful country.

American workers and voters are being sold into state slavery by a handful of Marxist ideologues who have captured the levers of labor power.

American labor expelled communist from its ranks in the 1940s.

Recently retired AFL-CIO president and former SEIU leader John Sweeney – you guessed it, another DSA member, overturned the communist-ban in 1995, with predictable results.

US workers need to realize that, by pushing for so-called “immigration reform”, their socialist leaders in the labor movement and the Democratic Party are actively working to destroy the American way of life. 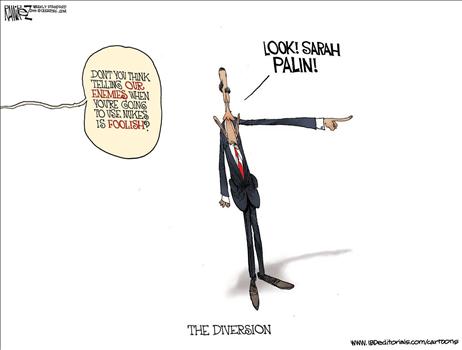 The Wave – what is it about?

On March 6, 2010 Michael Johns (former speech writer for George H. W. Bush) had racial slurs shouted at him in an attempt to interrupt his speech. He did not back down, but continued eloquently. 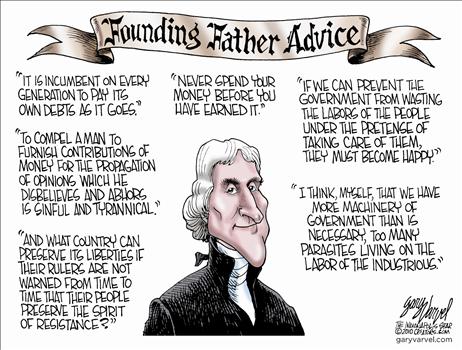 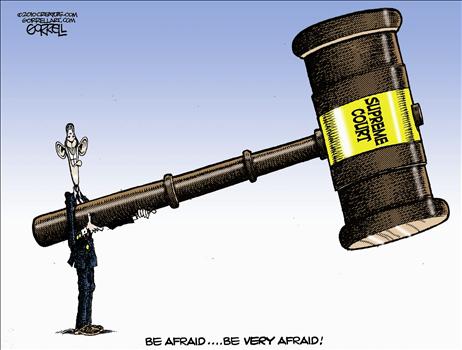 Reich: Secretive Fed Has No Place In A Democracy

How To Create Bailouts Forever

Automakers to Taxpayers: Can We Get Another Bailout, Please?

A Trade Deal that Symbolizes Freedom and Democracy

HOUSE MAJORITY LEADER: DEMS MIGHT NOT PASS A BUDGET

Incentives Not to Work

Rolling Out the Tarp

IMF Bailout For Greece To Come At SDR Rate Plus 300 bps Plus 50 bps Service Charge, Greece Says “Thank You US Taxpayers”. Here is a quote: “The IMF, realizing it had a catastrophe on its hands, has caved in and according to Reuters will provide US taxpayer money to Greece at vastly below market rates.”

New Depths to Plunge To (The Mogambo Guru)

Monday night on The Andrea Shea King Show, comedian Victoria Jackson of Saturday Night Live and comic Jimmy Labriola of the TV series Home Improvement joined us for a half hour of hilarity. 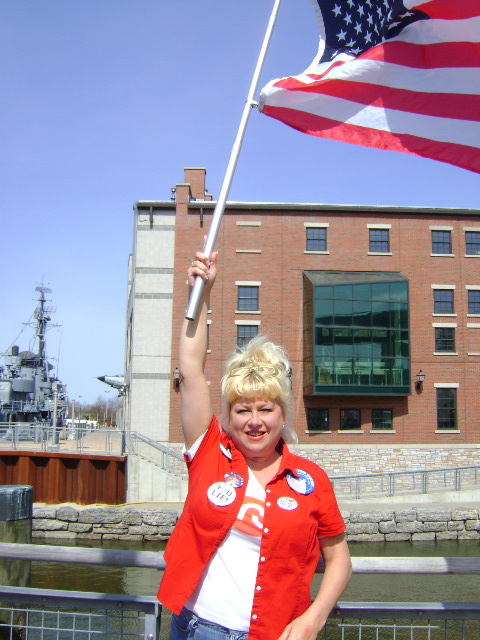 Victoria Jackson raises the flag at the Buffalo NY Rally

I climbed aboard the Tea Party Express Gold Bus when we left the Syracuse Rally for the three hour drive to Albany where we’ll do a rally on Tuesday morning. The Gold Bus is where the TPX entertainers make their home on the road. In the front of the bus is a lounge-type seating with face to face leather bench seats, a small galley, and a small all-purpose table.

Sitting up front were Lloyd Marcus and wife Mary, singer/songwriter Diana Nagy, Victoria Jackson and her daughter Aubrey, Jimmy Labriola, and me. 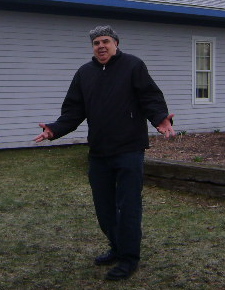 At the appointed time, I dialed into the show where Dave has been doing hosting duties while I’m on the road. Dave introduced the show, set things up and then turned it over to me. And that’s when the fun ensued. Jimmy and Victoria took over the show with their spontaneity. You do not want to miss it. Nearly 30 minutes of solid off-the-top-of-their-head comedy gold. And why not? We had two stellar entertainers coming to you live from the Gold Bus. It’s how we roll…

Listen to the show by clicking here. 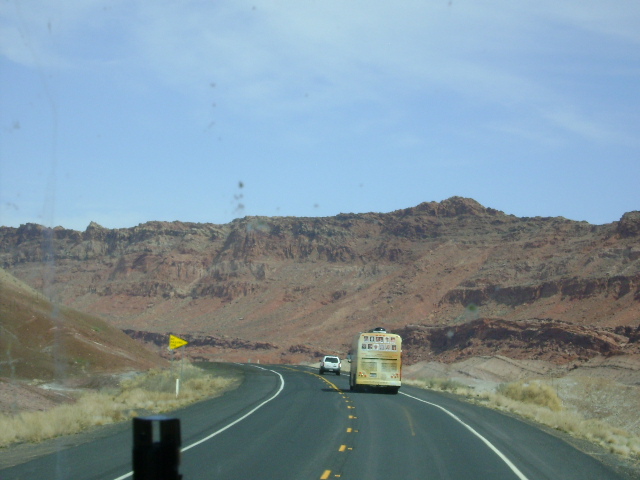 Show producer Dave Logan discovered this video produced by David Jaggot and Christian Hartsock of RightNetwork.com and posted it at his site. Just in case you haven’t made it over there, I’ve grabbed it and posted it here for your convenience. It captures the Tea Party Express National Tour. Perfectly.