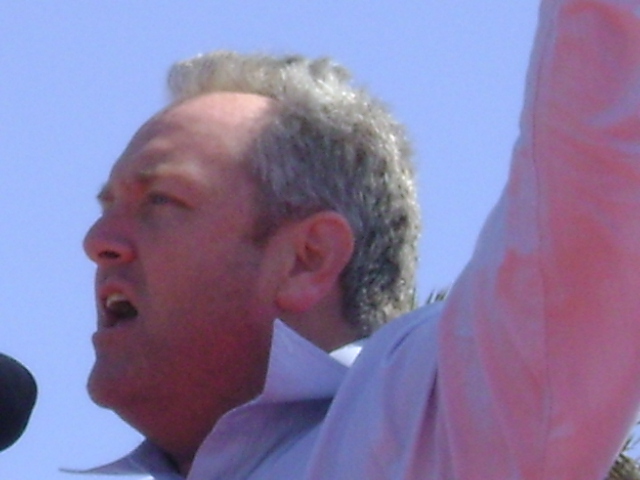 Frank Ross has culled down Andrew Brietbart’s comments made to the Southern Republican Leadership Conference. In an effort to further disseminate what I believe to be pearls of wisdom from the great Breitbart, here’s the reprint. But after you read it, you should go to Big Journalism and read the comments left by other readers. Well worth your time.

Why is it that the left is allowed to throw around the dangerous accusation of racism, without any evidence, as a means to malign half the country? Yet, if I want to use the word “socialist,” I have to go to the DNC and get a notary public to sign it for me.

On the famous Congressional Black Caucus walk through the Tea Partiers on Capitol Hill:

They were all fishing for hate, and they got nothing. So what did they do? They went to the mainstream media and they said that the ‘N-word’ was said fifteen times.

On the media assault on conservatives:

This is an attack on the American people. This is who the left is in this country, this is why they want to fundamentally change it because they think we’re inherently terrible and we need to be socially engineered.

On Saul Alinsky and the Left:

You’d better go get Rules for Radicals right now… the greatest thing that the left does, and it uses the the media to do it, is that it accuses you of what they’re doing to you.

On the Mainstream Media:

Enjoy and comment — the media-bashing floor is now open.

Over the past several days we’ve received numerous reports of efforts by Leftists to “Crash the Tea Party” including a planned effort to disrupt our “Boston Tea Party” with Governor Sarah Palin.

As a result we have scrambled to hire additional security personnel, have increased security measures ans stage protection and now have security staying for 12 hours overnight at the rally location beginning this evening.

We have to pay these bills by the end of this week – so please, help us raise these funds by making a contribution.

SHERIFF WEST: You farmers, I’m telling you right now, arm yourselves. As they say, the old story is it’s better to be tried by twelve than carried by six, and I don’t want to see six people carrying you.

TheRealjohnny2k — April 10, 2010 — The brave Sheriff of Hudspeth County, Texas, has told his rural residents to start arming themselves. They are in a crisis situation because of the Mexican drug war between various cartels fighting for power and market share spilling across the border with Sheriff Arvin West’s county. It’s called “Peace through strength.:” The drug gangs may keep their skirmishes South of the border once they know they may meet great resistance from those property owners along and North of the border.

God bless you, Sheriff West! I uploaded this video for your benefit so that the message gets out – not just to people in your country, but to the scum just to your South. I pray for your safety in the REAL drug war! Good time to take advantage of the 2nd Amendment! This is why we have it!

LAST NIGHT, TPX tour embed Andrea Shea King hitched a ride with the entertainers on the Gold Bus to Albany. During the ride, Andrea interviewed Victoria Jackson and Jimmy Labriola on her radio show. It wasn’t your normal TPX interview. Let’s just say it was… entertaining. The Radio Patriot has the story and show archive link.

Andrea has a great round up of DAY 17’s Buffalo rally. As usual, great commentary and pics. Also, a nice piece from Lloyd Marcus, “Taking pride in a job well done.”

MARATHON PUNDIT is posting about today’s Albany TPX rally, and the upcoming Boston rally with Sarah Palin. The Boston Globe is reporting on Palin’s TPX rally as well.

NOISYROOM continues to update readers throughout the day with TPX rally reports and press releases. Just scroll to your heart’s content.

GLENN REYNOLDS at Instapundit offers up TPX III and Tea Party links too. And don’t forget about PJTV’s call for citizen reporters to file reports from local Tax Day Tea Parties. It’s your chance to make a difference.

TONIGHT: The Andrea Shea King Show will be broadcasting “live” from somewhere on the east coast at 9 pm et.

“Twenty-four percent (24%) of U.S. voters now say they consider themselves a part of the Tea Party movement, according to a new Rasmussen Reports national telephone survey. That’s an eight-point increase from 16% a month ago.”

Politicians say they don’t pay attention to polls. Here’s one poll I’m sure they’re tracking closely. It’s war, and it looks like the good guys are gaining on the bad guys. Patton once said: 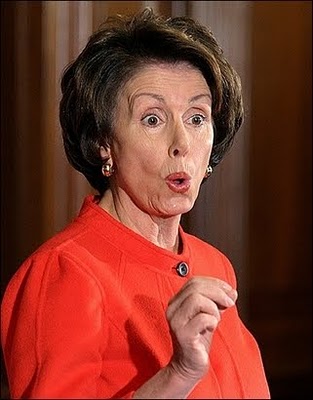 WASHINGTON, D.C. — In a stunning admission of their own incompetence, first the House of Representatives then the Senate voted unanimously today to repeal Obamacare, following revelations the 2,700-page healthcare bill pResident Barack Obama signed into law in March actually revokes the lawmakers’ current personal health insurance.

The repeal bill was surprisingly brief in comparison to the reams and reams of paper 7 competing Congressional and Senate draft health deform bills occupied last year, simply stating: “We can’t possibly be thrown into the health care pool with the peasants. Obamacare is hereby repealed.”

The bill was introduced in the House by The Wicked Witch of Congress, who was so enraged she could barely speak, except to say, “Take our brains; we’re not using them.”

House minority leader John Boehner — who last time he took the floor of Congress gave a rabble-rousing speech that ended with him screaming “Hell no, you can’t!” — today stood before his colleagues and laughed for 20 minutes.

After passing the House, the bill was quickly sent to the Senate, where Harry Reid stood dumbfounded before his fellow senators.

“I-I-I can’t explain how this happened; did the Republicans somehow slip this language into the bill during the middle of the night?” Reid said. Hours after the bill also passed the Senate, a new Gallup poll showed him winning only 2 percent of the vote in his bid for reelection in Nevada.

It was a shocking first day back from Easter recess for federal lawmakers. Even more, shocking: their bill was historic, the first time that 100 percent of the House and Senate voted unanimously on anything.

“Now that’s what I call bipartisan healthcare reform,” Vice President Joe Biden said, before realizing the vote completely ruined the pResident’s signature achievement to date (other than making the Guinness Book of World Records for completing the most self-demeaning bows to foreign dignitaries).

“Shit, this is an even bigger fuckin’ deal than before,” Biden said, nicely recovering. “Even I wouldn’t have done something that stupid.”

Chief White House Propagandist Robert “Ahh” Gibbs refused to comment on whether or not the pResident will sign the bill, saying only that the pResident had already promised to voluntarily participate in the health insurance exchange, even though he wasn’t required. 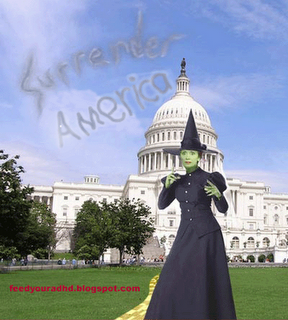 But sources say the pResident was so angry the fiasco would now sully his desire to be viewed as a really good one-term pResident, Obama will likely sign the bill then regroup and try to Rahm through another version of healthcare deform before Memorial Day.

After the Senate vote, The Wicked Witch of Congress confronted Reid outside his office and was arrested for threatening to kill him.

“How could you let this happen, you nitwit!?” she screamed. “You told us you would fix any problems in reconciliation. You just screwed the pooch. I hope you die; I’d kill you myself if I weren’t a 70-year-old bag of unpliable Botox! I’ll get you, my dingy!”

She was later released on her own recognizance and was seen writing threats against America with her broom into the sky above the Capitol Building. 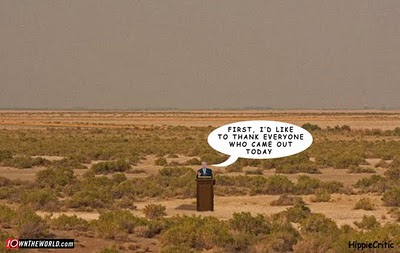 A giant People’s Tax Revolt rally at 11:00 AM at Freedom Plaza in Washington, D.C. Complete details are available – HERE.

There’s also this flier that the organizers made for the event:

The event is free. For more information please go to www.onlinetaxrevolt.com

Freedom Works will hold an evening rally from 6-9 pm near the Washington Monument. Go to www.Freedomworks.org

You’re invited to join us for a historic Tea Party Express rally with Gov. Sarah Palin in Boston, MA this Wednesday, April 14th – 10:00 AM at the Boston Common.

This event is free and open to the public. For those who are heading to D.C. for the April 15th “Tax Day Tea Party” it’s a fantastic pre-party.

You can get more information, and RSVP at our website – HERE.

To get a feel on what to expect for this huge event on Wednesday, here’s a video from the first Tea Party Express rally with Gov. Sarah Palin that kicked off this tour, in Searchlight, NV:

If there’s no way you can join us for this great event, then please support this effort by making a contribution. You wouldn’t believe how much the rental costs are for staging and sound equipment, security, portable toilets, etc…

Yahoo! News – Israel tells its citizens to get out of Sinai now

Tenth Amendment Center – Ending the Fed From the Bottom Up