People have asked me why I support Yucca Mountain. And as the only candidate running for Nevada governor from either party who supports Yucca Mountain, this is a question that deserves a good explanation.

Yucca Mountain represents a safe opportunity to start a new industry in Nevada akin to gaming or mining. The project will not be a dump; in fact up to 95% of used nuclear fuel can be reprocessed. Yucca Mountain will be the leading reprocessing center in America.

Nuclear energy is the future of clean energy. Nevada must be on the forefront of nuclear energy to create long term jobs and economic benefits for the state.

Every day this week I announced videos, endorsements, and petitions as part of the my campaign’s Nuclear Week. I hope you will check my website to watch videos about where my opponents stand, the economic benefits of opening Yucca Mountain, and an in-depth interview with the former Chief Scientist of Yucca Mountain, Dr. Michael Voegele.

You can find more information about my campaign for Nevada governor at www.MikeMontandon.com.

CFP – Bread Shortages: Coming to a Country near You (Hat Tip: Jean Stoner)

The Spokesman-Review – Police union has ‘no confidence’ in Kirkpatrick (Hat Tip: Ron the Cop)

END_OF_DOCUMENT_TOKEN_TO_BE_REPLACED 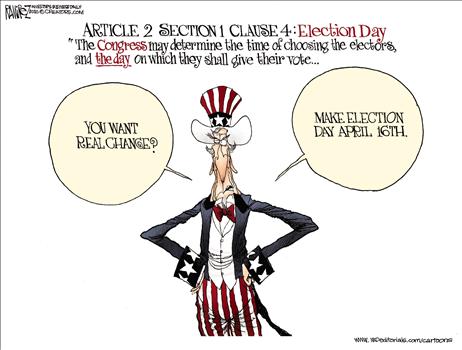 What’s Obama Doing to Your Taxes?

VIDEO: Tax Day By The Numbers

OPEC will step in if oil price hits 100 dollars: Kuwait

YOUR Tax Dollars Lost in Space?

Why CEO Health Hearing Was Axed

Pray For Inflation — It’s Our Only Hope. [JWR’s Comment: Well, its the government’s only hope. For the Citizenry, mass inflation will be wealth destruction. As I’ve noted before, inflation is essentially a hidden from of taxation.]

The Dow at 11,000 is Misleading. (CZD warns that he expects there will be multiple dips. I concur. This “recession” is far from over. I stand by my assertion, that we are actually in the early stages of of depression.)

The Dow’s Up But Trades are Scarce, Worrying Bulls

Gas Prices are Up, But is That a Good Thing?

The Tea Party Express (website: www.TeaPartyExpress.org) is proud to announce its endorsement of former State Assemblywoman Sharron Angle in her campaign for U.S. Senate in the seat currently held by Senate Majority Leader Harry Reid.

Angle, a four-term Assemblywoman, is the author of Nevada’s Property Tax Reform Initiative, and lost a nail-biter race for Congress in 2006 (losing by less than 1/2%). She has attended 16 tea parties, and raised $1 million in her race for Senate.

“Sharron Angle is a hero for conservatives and the tea party movement. There is no candidate who can match her record of principled conservatism. At a time when politicians of both parties have betrayed the people’s trust, Sharron Angle is a rare gem,” said Bryan Shroyer, Political Director for the Tea Party Express.

“Her impeccable record in office is consistent with the values of the tea party movement, and her conservative activism since leaving office has earned her the respect and admiration of Nevada Republicans. There is no better candidate for Senate than Angle,” said Shroyer.

“Most importantly, Sharron Angle is the strongest candidate to defeat Harry Reid. She offers the clearest contrast to Reid’s tax-spend-bailout policies. She does not succumb to the whims of the political establishment or lobbyist, and she is not a creature of the back room deal, unlike Harry Reid,” Shroyer concluded.

More information on Sharron Angle’s campaign can be found online at: http://www.SharronAngle.com/ 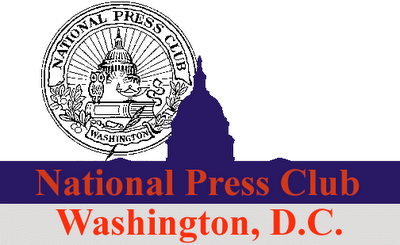 Tea Party Express III just wrapped up a press conference at the National Press Club, announcing the candidates they’ll be endorsing. Also announced was the list of candidates that will be targeted for defeat in November.

The G. Gordon Liddy Show contacted Andrea this morning, and The G-Man interviewed her on his show, talking about TPX III.

As of this writing, Andrea is at the TPX III rally in Washington–Freedom Plaza. TPX TV is streaming the event.