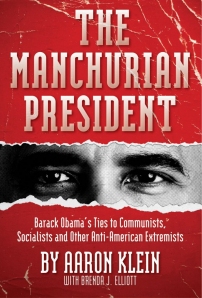 Aaron Klein is senior reporter and Jerusalem bureau chief for Internet news giant WorldNetDaily.com, host of “Aaron Klein Investigative Radio” on 77-WABC, and he is the author of several acclaimed nonfiction books. He boasts a rolodex that includes world leaders, newsmakers and some of the world’s most deadly terrorists.

Elliott is an historian, author and investigative researcher who has earned the admiration and endured the scorn of media colleagues for dogged blogging during the 2008 presidential election about Tony Rezko, William Ayers and other criminals in Obama’s clique of cronies.