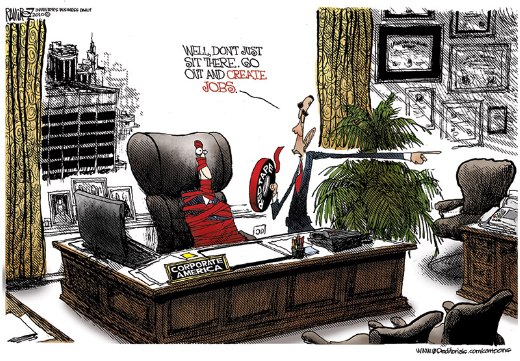 S 510, the Food Safety Modernization Act of 2010, may be the most dangerous bill in the history of the US. It is to our food what the bailout was to our economy, only we can live without money.

“If accepted [S 510] would preclude the public’s right to grow, own, trade, transport, share, feed and eat each and every food that nature makes. It will become the most offensive authority against the cultivation, trade and consumption of food and agricultural products of one’s choice. It will be unconstitutional and contrary to natural law or, if you like, the will of God.” ~Dr. Shiv Chopra, Canada Health whistleblower

ThirdWaveDave – TAHOE RESORT GOING OFF CLIFF; REID NOT FAR BEHIND

Fox Nation – Rush: ‘This Is the Regime At Its Racist Best’ (Hat Tip: Brian B.)

Bookworm Room – Lowering the bar on incitements to violence

The Radio Patriot – I love this gal and her ukelele

The Radio Patriot – Lt. Col. Terry Lakin: Like storming the beaches on D-Day

END_OF_DOCUMENT_TOKEN_TO_BE_REPLACED

First, there was Climate Gate – the scandal with hacked emails suggesting scientists have abused data for research on global warming. Now, another international climate scandal is emerging that may have an impact on the talks in Copenhagen.

Europe’s top police body Europol, the closest thing that European Union has to the American FBI, has exposed a massive fraud with the unions official market in carbon credits, the Emission Trading System.

The fraud is costing tax payers in a handful of European countries more than five billion euro – 7 billion dollars – and raises doubts about the effectiveness of carbon trading as a measure to curb emissions.

These criminal activities endanger the credibility of the European Union Emission Trading System and lead to the loss of significant tax revenue for governments.

Police authorities in Belgium, Denmark, France, the Netherlands, Spain and the United Kingdom have worked together in what Europol calls a process to identify and disrupt the organized criminal structures behind these fraud schemes.

Lets see if we can explain the scheme, using this graphic provided by Europol.

The fraud is based on a what is tax experts and investigators call as a Carousel fraud with missing traders.

The first step of the criminals is to open a trading account with a national carbon registry, in the name of a newly registered company.

From there, this company buys EU emission allowances in another country on one of the six official carbon exchanges in Europe.

This broker then charges VAT on these transactions but does not pay the collected VAT to the tax authorities.

Just before the tax authorities realize that this company owes them huge amounts of VAT, basically a period of a few months, the company and its owners disappear.

A new company is set up, using other front men, to repeat the carousel. Crime rings that run such schemes can have several dozen or hundreds of companies whose real owners are difficult to trace.

Basically, this type of fraud is possible because European countries continue to disagree on single market tax legislation. Carousel fraud is a constant feature in the European cross-border market and until recently only happened with shipments of valuable goods such as iPods or flat-panel tvs, not with carbon credits.

Europe’s tax commissioner, in an interview with EUX.TV, has estimated the damage from these carousel frauds at more than 60 billion euro per year as European finance minister continue to disagree on effective measures to fight this fraud.

The Emission Trading System system was set up in 2005 as part of Europe’s efforts to curb emissions of greenhouse gases. That topic now is at the top of the agenda at the UN Climate summit in Copenhagen this week and next. This unprecedented and massive fraud is likely to prove a major embarrassment for EU negotiators.

This is a great interview with Michael Johns. This is one of a few interviews taken at the April 15th 2010 Tea Party in Trenton, NJ. In brief, it tells you what the Tea Party is and explains the concerns that have galvanized Americans across the nation, regardless of political background to come to the movement.

Thousands Of NJ Students Walk Out To Protest Budget Cuts

Pataki Says Obamacare Can Be Repealed (Hat Tip: Brian B.)

EDITORIAL: Meltdown of the climate-change bill

Next in health care war: Applying the law

The PIIGS are Eating Our Money

Government Unions Are the Big Winners in Obama Economy

Side Effects: Special Treatment for Congress

Euro Gold and the Euro Zone

Transport on strike as anger grows

Camped out for 3 days for chance at getting an application

It’s All ‘on the Table’ — Even National Sales Tax

Energy Co. to Move Workers Ahead of Senate Probe

The Housing Crash Has Just Started; Get set for falling prices again. Round two is about to begin.

Marc Faber Says Holding Cash Will Be A Disaster, Investors Should Accumulate Gold

Why are US Stocks an the US Dollar Rising?

The Devaluation of the US Dollar, Gold’s Springboard

US Housing Market Crash Update, There’s a World of Pain Ahead

US in the Midst of the Greater Depression, Fourth Turning Generational Crisis