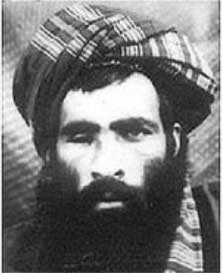 Taking advantage of one of his few political wins since being elected, Afghan Taliban chief Mullah Omar’s irrevocable invitation to visit the White House, pResident Barack Obama immediately named one of the most sought after men in the world as his nominee for the U.S. Supreme Court.

In doing so, Obama withdrew his initial nomination for Chaz Bono, citing concerns over questions about the law degree Bono earned from a box of Cracker Jacks and repeated rumors that Bono may in fact be a former mall guard sought for questioning regarding random acts of storefront malfeasance.

“My friend, Mullah Omar, embodies the same excellence, independence, and passion for the law that I have (when I’m not ignoring 12 million illegal aliens and threatening to throw American citizens in jail for not buying health insurance),” Obama said.

“Mullah Omar is widely regarded as one of the world’s foremost legal terrorists. He’s an acclaimed murderer with a rich understanding of subverting constitutional law, just the kind of person we need around. He is a former Al-Qaeda aide, with a life-long commitment to wreaking havoc and destruction and a firm grasp of how to eliminate the boundaries between any branches of government,” Obama said.

WHAT THEY’RE SAYING ABOUT MULLAH OMAR:

One thought on “Mullah Omar Captured, Named to Supreme Court”