jberni1 — May 11, 2010 — http://www.berninger.de
On Sunday night the Situation in the European banking system had heatet up so much that finally FRANCE went bust. French SubPrime Minister Sarkozy pushed the rescue package as France was de-facto bankrupt amid a dry up for French debt issuance. 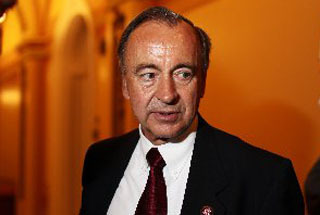 Many of you know that I am a huge supporter of the Tea Party movement. From the beginning, I have supported every rally and every event I could. I believe in the patriots of the movement and the principles it was founded on. On this blog and other sites, I’ve tried to bring to the American people stories and pictures that show the real people involved – their heart, their courage, their love of country… In the end, the people of the Tea Party movement and The 912 Project will be the ones who save this country and bring us back to our Constitutional roots. I truly believe that…

And before I expand on my statements, I know there are those who will accuse me of being just another shill for the Republican Party. You could not be more off base. Yes, I’m a registered Republican, but have renounced my membership in the party many times, long ago. I consider myself a Constitutional Conservative – for me, everything revolves around the original documents created and signed by our founding fathers. In Nevada, I was elected as Secretary to the Carson City Republican Central Committee. I exposed their connection to a wealthy and influential real estate broker who was donating their office space to them. I was removed from my position by a majority, but that did not shut me up. I’m funny that way – I believe in what is right, not what is popular and I don’t tow the party line for anyone.

Walt Minnick is a Democratic member of the United States House of Representatives, representing the 1st congressional district of Idaho. He will be running for office in Idaho in 2010 against primarily two Conservative opponents: Raul Labrador and Vaughn Ward. I will be doing research on both of these candidates as well and their stance on the issues.

I have done quite a bit of research on Minnick – you can go here to see it at KeyWiki.

I am thoroughly puzzled at the Tea Party Express endorsement of Minnick. While Minnick would appear to be the most conservative of the Democrats I have seen, he is still a Progressive.

Minnick has had numerous stances that I consider to be Progressive in nature and is supported by Progressive groups in Idaho.

He is strongly supported by the Unions in Idaho. This would include the Teamsters, the Teachers’ Union (NEA), the Carpenters & Joiners Union and a list of others as well.

Minnick was a donor to Earthjustice, a legal group that uses litigation to force far left environmental policies through the courts, while destroying good paying jobs. Earthjustice is a non-profit public interest law firm, (formerly the Sierra Club Legal Defense Fund). In Earthjustice’s 2003 annual report, Minnick was listed as being a member of their “Advocates Circle,” their mid-level donor membership level.

He is a strong environmentalist and he is pro-choice with a strong record supporting NARAL and Planned Parenthood. Minnick served on the Governing Board of The Wilderness Society for 16 years as well.

Minnick has strong ties to Congressman Steny Hoyer. Hoyer has contributed substantially to Minnick’s campaigns through AMERIPAC: The Fund for a Greater America.

He seems to be getting contributions from the left and the right, but there are some heavy players on the left that give to Walt Minnick including the law firm of Arnold & Porter, LLP which is a left-wing law firm from DC. If you follow the ties that bind, this firm is connected to individuals such as Charles Halpern, Sarah Bloom Raskin, Thurman Arnold and Jeremy Karpatkin. He also receives funds from ActBlue.

Walt Minnick, by all accounts, is a good businessman. It shows in his campaigns and it should be noted that as of this date his two primary competitors have raised $118,903 and $505,259 respectively. Minnick in comparison has raised $1,396,070.

END_OF_DOCUMENT_TOKEN_TO_BE_REPLACED

By: Ron Ackert
From: JammieWearingFool 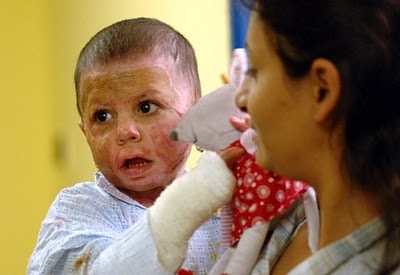 Trial of extremists over arson attack on Roma starts

(CTK) – The trial of four right-wing extremists suspected of the April 2009 arson attack on a Romany [aka Gypsies, Travellers ed.] family house in Vitkov, north Moravia, started under tough security measures at the Regional Court in Ostrava yesterday.

They have been escorted to the courtroom by a strong unit of Prison Service officers.

END_OF_DOCUMENT_TOKEN_TO_BE_REPLACED

Mothers Against Debt are a group of concerned mothers who are fed up with reckless government spending and massive national debt.

EricCantor — Republican Whip Eric Cantor introduces YouCut, a first-of-its kind initiative designed to change the culture of spending in Washington to a culture of saving.