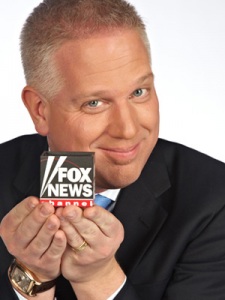 In a blatant attack to silence Glenn Beck, New York Congressman, Weiner (D-NY) is attacking Goldline, a sponsor of the Glenn Beck Show on Fox and on the radio. Weiner claims that Beck and Goldline are profiting from people’s fears and driving up the price of gold. This is a ridiculous and stupid claim since Beck does not have the funds or clout or will to subvert the gold market. And Goldline does not physically affect the worldwide gold market with their buying and selling. They also fully disclose how much of a profit they make off of buying and selling gold which is entirely on the up and up. But if you are looking for someone who could and probably does have something to do with the gold and stock markets, look at George Soros. But of course, the politicians and the media won’t – they are only interested in hunting Beck in a modern-day McCarthy-like witch hunt through the use of Congress. And if they can’t get directly at Beck, they’ll take down his sponsors.

“The company has formed an unholy alliance with conservative pundits to drive a false narrative and play off public fears in order to sell its products,” says the release. Coming soon to MSNBC…

If you are looking for those that actually profit from fear mongering, you better look to Congress and the White House and all their stimulus fraud. And take a hard look at those behind the Chicago Climate Exchange: Al Gore, George Soros, Maurice Strong and Joel Rogers. All have axes to grind and lots and lots of money, power and influence.

These guys must truly fear Beck. They can’t refute him at all or fight the facts he presents because he tells the truth. The left is trying to silence those who speak against them – first they came for Beck…

This isn’t the first attack on Beck. Oh no… Obama‘s minister and adviser, Jim Wallis has also attacked Beck and sponsored a boycott to attack Beck’s sponsors. Ex-Green Czar Van Jones also launched a similar attack against Beck. So there has been attack after attack after attack coming from the White House and going after Glenn Beck because he is exposing their agenda and corruption. Now they are trying to use the legal system against him and his sponsors. And don’t forget that Media Matters is also going after Beck’s sponsors – their backer: George Soros.

Will no one stand up out there in the press? What about you businesses out there that see what is going on here? Will you let the elites, the progressives continue to hound one of the few voices that is telling us the truth? Come on, make a stand – get a backbone… If you can, move your advertising to the Glenn Beck show and show Americans you won’t stand for this type of dictatorial persecution.

Make no mistake, this won’t slow Beck, not one bit… He’ll become more and more popular every time these thugs attack him. I guarantee it. This will blow up in their faces. Beck won’t be shut up. If you shut him down on television, he’ll go to radio. If you shut him down on radio, he’ll go with the Internet. If you shut him down there, there will be such a groundswell that he could give speeches in town squares and hand out fliers and the word would still spread. You’ll have to take all of us down and we’d just love to see the government and Soros try. 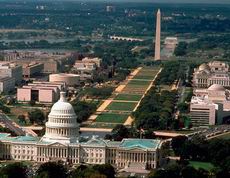 If you’re one of the unfortunate Americans that live in fly-over country, I have bad news for you. Our nation’s capitol is now pretty much off-limits to you.

Last week I had business in Washington, D.C. and planned a few extra days to re-acquaint myself with our nation’s history. It turned out to be the week from hell.

My first mistake was driving my SUV. The beltway encircling D.C. resembles a scene from Dante’s Inferno. Fellow drivers inside the beltway were just plain rude. All of them. As a result of being unable to change lanes, I missed my exit and spent the next two hours wandering narrow streets rife with ‘No Left Turn’ and ‘One Way’ signs. I started getting a bit anxious.

I finally made it to my hotel, whereupon I found that there were no smoking rooms available, despite my specific reservation. I figured if I’m spending $300.00 for a room, plus an extra $30.00 for my car, I should be able to do what I want. Not so. Smoking in my room would incur a $300.00 fine.

I logged onto the Internet and found that there were no rooms available anywhere in D.C. Hotel rooms cost an average of $350.00 per night. Quite affordable if the government or lobbying firms foot the bill, but quite out of my league. Alas.

Having decided to shorten my stay, I ventured out the next day to get in as much sightseeing as I could. I quickly found myself wandering in a sea of bureaucrats. I was awed to be in the presence of so many important people (in DC, everyone is, or acts, important). The majority of them had furrowed brows as if the weight of the world was on their shoulders. And they were all focused intensely, on themselves. I was invisible.

D.C. is a beautiful city. Our monuments are awe-inspiring and the sense of history is overwhelming. Unfortunately, the culture in D.C. is not welcoming to regular Americans. Tourists are merely tolerated, unless they’re somebody.

D.C. has been taken over by those who seek power and influence. It has a very clear social hierarchy, as do most cities. Unless you’re rich, famous, powerful or an insider, you’re no-one. Just the poor sucker whose taxes pay for it. What sets this city apart, however, is that they make absolutely no effort to hide it. Egos have replaced good manners.

Tourists are barely tolerated and largely unacknowledged. The only smiles I received were from fellow diners as I committed the social sin of giving thanks to God for the meal I was about to receive. And those smiles were condescending sneers.

The city itself is imploding. The infrastructure is falling apart. Traffic is a nightmare, parking is non-existent and hotel accommodations are available only to those willing to spend their life savings. D.C. is no longer for the people. Its for power players jockeying to get close to the seat of power. The power culture is toxic and infectious.

As a conservative, I seldom criticize something without offering a solution. Here’s what I would suggest as a sure fire way to remake our nation’s capitol back into the people’s capitol.

Since Obama is into redistribution, I suggest we redistribute D.C. With the exception of the White House, Supreme Court and Congress, how about we take all the government agencies and parcel them out to the states. Hey, South Carolina would get a much needed shot in the economic arm if say, the CBO and the FDA moved here from D.C.

Other agencies like the FDA, the IRS, the CIA, etc. would immediately achieve tremendous cost savings by relocating their headquarters to fly-over country. Thus freeing up buildings that could be used to house people like myself who want to visit D.C. Call it affirmative action for tourists.

The benefits of redistributing D.C. to the states are enormous. The immediate results of this plan would mean thousands of government bureaucrats, instead of spending all their time jockeying to be close to the seat of power, might just be reduced to actually reading the bills they keep churning out.

Hey, the bureaucrats would even have to live under the rules they are imposing on everyone else. They would also be exposed to ‘diverse’ cultures (as in ‘outside the beltway’) with a good chance of adopting some cultural traits from their fellows. Traits like good manners, consideration for others and other multi-American traits.

Until and unless we’re successful in redistributing the power in D.C., I’m going to keep renewing my travel alert against travel to D.C. to all residents of flyover country. I suggest instead that you vacation in South Carolina, where residents smile naturally and people are the way they’re supposed to be. Besides that, we’ve got tons of parking, affordable hotels and a refreshing lack of very important people.

No Guns for Negroes exposes the racist history behind American gun control laws.

Commies and union thugs are now going on private citizen’s lawns and storming their homes. On Sunday 700 SEIU members converged outside the house of Bank of America General Counsel Gregory Baer in blatant thuggery. I’d like to know who is behind all this bankrolling of the unions and radicals. This will not end well…

JammieWearingFool – Will This Pig Fly?

Caroline Glick – Hizbullah on the homefront

boston.com – Vt. farmer draws a line at US bid to bolster border (Hat Tip: Brian B.)

The Radio Patriot – Sending up a flare – USA SOS!

Bookworm Room – The illogical behavior and beliefs of the American Statist

END_OF_DOCUMENT_TOKEN_TO_BE_REPLACED

In April, President Barack Obama nominated Dr. Donald Berwick to be Administrator of the Centers for Medicare and Medicaid Services, Department of Health and Human Services. Dr. Berwick currently serves as President and CEO of the Institute for Healthcare Improvement and is a professor at Harvard Medical School and the Harvard School of Public Health.

“Dr. Berwick has dedicated his career to improving outcomes for patients and providing better care at lower cost,” President Obama said. “That’s one of the core missions facing our next CMS Administrator, and I’m confident that Don will be an outstanding leader for the agency and the millions of Americans it serves.”

Berwick is also a partisan of state run health care, an advocate of government re-distribution of wealth and an ardent socialist, unless he was lying through his teeth when this clip was filmed.

It’s rich that Matthews would say that executives like this in China would be executed – China who is the worst polluter on the planet… I’m sure that sends a tingle up Comrade Matthew’s leg.