“Among the many misdeeds of the British rule in India, history will look upon the act depriving a whole nation of arms as the blackest.” – Mohandas Gandhi

“On behalf of Vets for Freedom—and our over 100,000 members—we call on Richard Blumenthal to apologize to Vietnam veterans for misrepresenting his service. He never set foot in a combat zone—even though he gladly perpetuated the politically-expedient perception that he had—and should apologize to real Vietnam combat veterans for this gross violation of honor.

“After the New York Times exposed his real service record, Mr. Blumenthal remained defiant at his rebuttal press conference, saying he takes “full responsibility” for the statements, yet refuses to apologize. Mr. Blumenthal also claims he merely “misspoke” on a few occasions, and did so unknowingly. As a combat veteran of Iraq, I find this very hard to believe. All veterans know what they did and where they were. There’s a big difference between the battlefield and your hometown.

“We thank Mr. Blumenthal for his Reserve service and his support for veterans. However, neither of those facts change the reality that he repeatedly lied about his military record for political gain. Mr. Blumenthal should apologize, and should start with his fellow Connecticut Senate candidate Rob Simmons, who served 19 months on the ground in Vietnam, earning two Bronze Stars. Mr. Simmons is a real combat veteran, and his record actually back it up.”

Vets for Freedom is a non-profit, non-partisan 501(c)(4) organization of Iraq and Afghanistan war veterans whose mission is to advocate for success on the battlefield by educating and influencing the American public, policymakers, and the media on issues of strategy, tactics, and military leadership. We support candidates and policymakers from both sides of the aisle who stand behind our generation of warriors, and who put long-term national security before short-term partisan political gain. Vets for Freedom is the largest Iraq and Afghanistan war veterans organization in America, with over 100,000 members.

Sun Times – BAN LIFTED: Will allow one reporter to see dinner set up in East Room ‘for few minutes’

YouTube – Obama to Calderon: “We are Not Defined by Our Borders”

END_OF_DOCUMENT_TOKEN_TO_BE_REPLACED

While the Apology Tour continues to circumnavigate the world, spreading a volcanic cloud of toxic Obama Regime propaganda, the latest incident an admission to the shining example of human dignity China of our “discrimination” problem here at home, I’d like to take a moment to bring up, “early and often,” the real “troubling trend in our society.”

It is true that America has a discrimination problem, an incredibly dangerous and insidious and, frankly, “transparent” discrimination problem. America (or rather, the Regime running America) has a problem of discrimination against anyone who disagrees with the Regime, its agenda, or its blatant attempt to tear America down and reconstruct it into something resembling a pseudo contemporary Grecian society of government-dependency addled sycophants.

America has a discrimination problem when a candidate for the U.S. Senate flat out says the American people aren’t, “let me be clear,” smart enough to understand legislation that has removed their ability to make their own health care decisions, especially since we read every page of all 7 competing bills long before she opened her fork-tongued mouth.

America has a discrimination problem when freshman (and soon to be unemployed) Congresscriminal Alan Grayson stands in the middle of a family restaurant and screams at his constituents simply because they don’t agree with him.

America has a discrimination problem when Senate majority leader Harry Reid (Dickhead, Nevada – but not for long!) refers to peaceful American citizens exercising their Constitutional right to free speech as “’evil-mongers’ using ‘lies, innuendo and rumor,’ to drown out rational debate.”

America has a discrimination problem when the Wicked Witch of Congress calls these same people Nazis and later admits that she would have no pangs of regret about arresting any one of them who refuses to buy health insurance.

America has a discrimination problem when the men and women who shed blood and relinquish their personal freedom in the service and defense of this country are considered potential “right-wing extremists” and enemies of the Regime.

America has a discrimination problem when an American citizen supports the head of an Islamic terrorism organization that would prefer that all Jews gather in Israel so he and others don’t have to hunt them down to complete a second Holocaust.

America has a discrimination problem when Attorney General Eric Holder and Homeland Security chief Janet Napolitano say on camera they haven’t read a bill that enforces their own immigration laws, while endlessly bullying a governor who has decided that if they won’t do their jobs she will, while a public school teacher openly advocates revolution against the United States of America and the leftwing media and federal government (I know: there’s a difference?) stand by, quiet as church mice.

America has a discrimination problem when the pResident of the United States dismisses a powerful movement of fed up people, who are black and white and young and old and liberal and independent and libertarian and conservative and rich and poor and all persuasions in between, as “folks waving tea bags around,” or, even more representative of the Liar in Chief’s “civility,” lovingly demonizes us as “that wing” of the Republican Party, the “tea-baggers.”

America has a discrimination problem when the threat of a boot on the throat is the perfect phrase to describe the people who dangle our nation’s future for ransom over a cliff overlooking an abyss.

And somewhere in China, the party leaders bathe in our debt and smile.

Do you think they’ll be toasting this treaty at tonight’s Mexican State Dinner?

“The treaty was subsequently ratified by the U.S. Senate by a vote of 38 to 14 on 10 March 1848 and by Mexico through a legislative vote of 51 to 34 and a Senate vote of 33 to 4, on 19 May 1848. News that New Mexico’s legislative assembly had just passed an act for organization of a U.S. territorial government helped ease Mexican concern about abandoning the people of New Mexico.[19] On the other hand, the discovery of gold in California a week before the treaty was signed did not become known in Mexico until August 1848.” 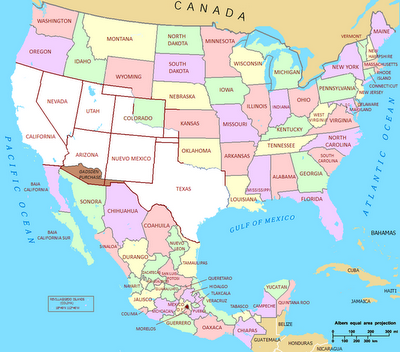