By: Rosemary Jenks
From: NumbersUSA

(EDITOR’S NOTE: Unlike federal officials who have criticized Arizona’s law, Rosemary Jenks — an attorney and NumbersUSA’s Director of Government Relations — has read it thoroughly and offers here a full description of every thing the law does.)

Purpose of the Law:

What the Law Requires:

1. Cooperation of and assistance by state and local officials in the enforcement of federal immigration laws to “the full extent permitted by federal law.”

2. Compliance with certain federal immigration laws at the state level.

3. Day laborers and those who hire them to obey traffic laws and hiring laws.

Read the law, as amended, in its entirety.

ROSEMARY JENKS is the Director of Government Relations for NumbersUSA 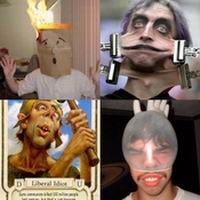 Instead of publishing RightBias Idiot Awards every week, RightBias will now publish Idiots on Parade and update it daily. 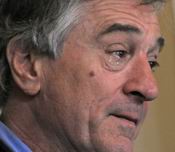 Tinseltown tough guy Robert De Niro got all choked up and wiped away tears when he tried to talk about his feelings for the Kennedy clan just hours before he took the stage at Symphony Hall. How courageous of him to allow his “inner child” to be viewed by millions.

Speaking of idiot celebrities, Nicolas Cage, the Hollywood actor, has revealed an unusual diet in which he eats meat only from animals that mate in a “dignified” way. He is sooo evolved!

Hold on, there’s more. Everyone’s favorite pedophile, Woody Allen, has a strange take on the democracy that allowed him to become rich and famous. He said it would be a cool idea for President Barack Obama to be dictator for for a few years. Memo to Woody: Been there, doing that.

A Wisconsin woman who planted a rat in her food at a restaurant and demanded $500,000 to keep quiet was sentenced to nine months in jail. No word yet on her jailhouse menu.

Meet William Ferris. The Ohio man yesterday paid a prostitute $50 with the understanding that he would receive a full menu of sexual services in the bathroom of a White Castle in Cincinnati. However, when the hooker only performed oral sex on him, Ferris–who was also expecting vaginal sex–contacted police to report that he had just been robbed. 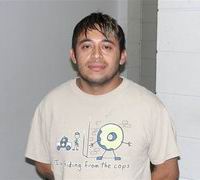 William Velasquez Castillo, 27, an illegal immigrant, was wearing an “I’m hiding from the cops” shirt when he was arrested on child molestation charges, authorities said today. What do you want to bet he voted for Obama?

A teenaged eco-idiot shaved off her shoulder length locks and had the message “No Oil” glaring off her bald dome to help raise awareness about the oil spill in the Gulf. Gosh, she must really care! Let’s hear it for government schools.

A group of UC Berkeley students started a hunger strike Monday to demand that the university oppose the new Arizona immigration law. Obviously these kids are on a higher moral plane than previous generations.

Speaking of useful idiots, you might feel better knowing they are not exclusive to the U.S. Some students at a B.C. central Interior high school are planning to dress up as the opposite sex on Friday to protest a decision by administrators to cancel some anti-homophobia events. I bet that’s a lot more fun than studying geometry. And I know they care, too.

Humans have changed the planet so drastically that it needs a new name, claims one of the first environmental campaigners to warn the public about climate change. “Eaarth” is the name being suggested by author and activist Bill McKibben. Words fail…

A campaign to declare the mass destruction of ecosystems an international crime against peace – alongside genocide and crimes against humanity – is being launched in the UK. I kid you not. I wonder if Daniel Pearl would agree.

A GERMAN postman has “married” his obese and asthmatic cat, saying he wanted to tie the knot before his pet died. “Cecilia is such a trusting creature. We cuddle all the time, and she has always slept in my bed,” single Uwe Mitzscherlich, 39, told Bild newspaper.

Another animal lover, Dr Brett Mills, believes programmes such as the BBC’s Nature’s Great Events, narrated by Sir David Attenborough, are “unethical” for capturing animals’ most intimate secrets on camera without their consent. The senior lecturer at the University of East Anglia said it was wrong for broadcasters to treat all creatures as “fair game” and to fail to consider their right to privacy before recording. I wonder what his views are on animal/human marriage.

In another legislative moment that feels oh-so-very San Francisco, the Board of Supervisors voted yesterday on a resolution to declare Mondays in San Francisco as “Vegetarian Day.”

Idiots on Parade is compiled by RightBias.com

examiner.com – How and when ObamaCare will unfold

The Radio Patriot – Charlie has The Answer

The Radio Patriot – AZ – Looking for humor through the pathos