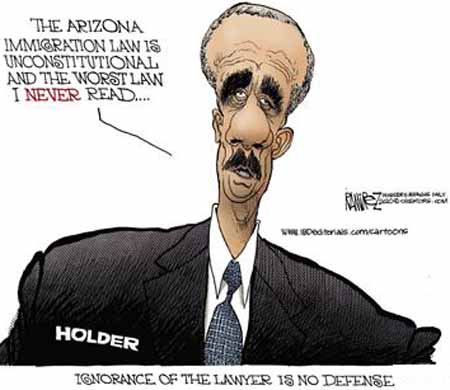 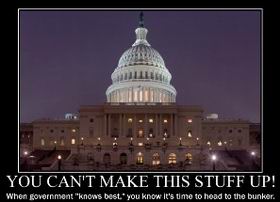 As Congress labored furiously to ensure that women have equal access to federal bathrooms, insurgents in Afghanistan this month launched a series of bold strikes on U.S. and NATO bases in Afghanistan. The Potty Parity Act is proceeding apace.

The Obama administration response to the upsurge in violence in Afghanistan? It launched an investigation into allegations that a number of American soldiers were responsible for the “unlawful deaths” of at least three Afghan civilians. This, despite the recent unanimous acquittal of three heroic Navy SEALS who were swiftly exonerated by a jury after being accused of, gasp, slapping one of the most dangerous terrorist detainees in the world. Who, by the way, the SEALS heroically captured. Thank-you, Navy SEALS. There is no update yet on the terrorist’s hurt lip.

As our young men are fighting and dying in Afghanistan, our current elected officials remain hard at work. Their most recent work product includes a proposal for a new medal to reward our troops for “courageous restraint.” Have you got that? A medal for not killing the enemy. Of course most of these medals would, of necessity, be awarded posthumously.

Maybe by the time the first new medal is awarded, the “enemy” will actually be defined. The only concrete message so far from Washington, via Attorney General Eric Holder, is that the enemy is NOT radical Islamic terrorists. Whew!

The month of May could very well be likened to a chapter out of Alice in Wonderland. As oil from the BP catastrophe in the Gulf of Mexico continued gushing into the ocean (day 36 and counting), the Obama administration was otherwise occupied – holding a gala State dinner for Mexican President Calderone. A good time was had by all, although extensive media reports suggested that one of the guests had a dress quite similar to Michelle’s.

To be absolutely fair, Obama did appoint a commission to study how to deal with the BP catastrophe. Just because Obama is the largest recipient of BP campaign cash for the last twenty years doesn’t mean he’s in their pocket. There is no word yet on when or if the commission will release its expert findings.

Meanwhile, Obama blithely continued to side with foreign countries against the U.S., as he bravely spoke truth to power, teaming up with President Calderone to condemn the newly passed immigration law in Arizona. Although the Arizona law mirrors federal law, thanks to Obama’s TelePrompTer and a derelict media, millions of Americans now believe that upholding the Constitution is racist. And I guess it’s now OK for foreign leaders to criticize America from the White House lawn.

As world stocks tumbled, Obama responded by granting unions expanded power, making it easier for airline and railroad workers to unionize. That unions are one of the reasons behind this year’s economic meltdown was left unreported.

As Bangkok was being burned by deadbeats protesting cuts in social spending, Congress remained totally focused on a slew of new and expanded social spending measures, costing a mere $200 billion. Congress hopes to get it to Obama for his approval in the next three weeks, well before those pesky November elections.

Congress appeared unfazed by a new NATO report that identified Iran as a “Major Article 5 Threat.” They were otherwise engaged crafting a formal apology to American Indian tribes for “ill conceived policies” and acts of violence committed against them.”

As the new jobs numbers came out showing another “unexpected” increase in the jobless rate, the Democrats were busy crafting another $190 billion raid on taxpayers under the guise of a “jobs bill.” It did not deter them that their last “jobs bill” exacerbated the jobless problem.
As the world hurtles towards the edge of the cliff, the United States remains focused on the really important things. AG Andrew Cuomo was successful in forcing clothing retailers to hire transgenders. And Sen. Robert Menendez is busy urging the Major League Baseball Players Assoc. to boycott Arizona.

And let’s not forget the states. California, which is one step away from going bankrupt, was busy passing a bill that would require “diversity” in California pension plans. The very same pension plans that will soon put taxpayers on the hook for millions.

I could go on, but I’m starting to scare myself. This article is not fiction. Nor is it satire. It is a recap of the month of May in this, our United States.

Is it just me, or is something seriously out of whack in our country?