One of the fellas put it this way: He wins the “Clanks When He Walks” award.

democast — June 01, 2010 — @DemoCast Subscribe to http://www.democast.tv In the midst of an angry mob of thousands of Muslim and far-leftist, anti-Israel demonstrators, a sole, brave, Jewish highschool student shows up to counter what he perceives as a Muslim blood-libel against the reputation of the Jewish state of Israel. Israeli-American “Daniel” of L.A. stands up against the “conventional wisdom” of the street and the incensed crowd’s reaction evokes an underlying indoctrination of demonizing Israel – more consistent with escalating a blood-feud than the alleged goal of accepting a Jewish neighbor.

Outside of the Israeli Consulate in L.A. on Memorial Day – a Jewish highschool student defiantly waved the Israeli flag to stand up for the Israeli Marines’ handling of the Flotilla matter in the face of rumors and cover-ups.

The L.A.P.D. had to establish a human wall to intervene to protect Daniel (and an ensuing couple of Israel supporters) from the growing lynch-mob (who, ironically, the Arabs came to exonerate).

When a Muslim protester cries, “Allahu akhbar” to incite the crowd against the Jewish boy – the opposition to Israel’s politics become subordinated to the notion of “Holy War” as a driving force.

Calling to “Free Palestine,” a young woman demonstrator reveals that it means more than Israel’s presence in the West Bank – by it they are proclaiming their goal of destroying Israel and conquering it for Palestine.

Anglo-Pakistani Trotskyite Tariq Ali, condemns the Israeli attack on the Gaza “aid” flotilla at a protest rally in London, May 31, 2010.

Ali is a long time affiliate of the radical Washington D.C. based “think tank” Institute for Policy Studies.

In 2007 he was elected to the board of the U.S. based Movement for a Democratic Society with former Weather Underground terrorists Bernardine Dohrn, Mark Rudd and Jeff Jones and Progressives for Obama founders Bararbara Ehrenreich, Tom Hayden, Bill Fletcher, Jr. and Carl Davidson. 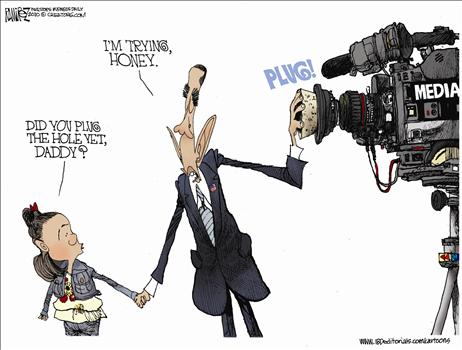 There will be no Links to Visit today. I have to finish research for a client, so will be on and off today…

And so we have betrayed Israel. Remember what G-d says about those who turn on Israel, that they will be foresaken and destroyed. America is sowing her doom over this, mark my words.

US Economic Recovery of Lies

Mirror, Mirror, On The Wall

Construction Spending Jumps 2.7% in April [JWR Adds: Of course a lot of that was “stimulus” driven, using nonexistent dollars.]

The US Economic Collapse Top 20 Countdown

The Looming Financial Holocaust is Closer than We Thought

Palestinian Authority Chairman Mahmoud Abbas said yesterday that the violence that occurred during Israel’s stopping of the Gaza flotilla was planned by Israel, was “premeditated and with determination to kill.”

He also used the opportunity to slander Israel saying:

Abbas also ignored the evidence of the planned and well coordinated attack by those on board:

“Those who came to Gaza are civilians, peace-seeking people, who did not come to attack.

Palestinian Media Watch reported in the last two days that participants on board were chanting Islamic battle cries and talking about their coming Martyrdom on the days before the confrontation.

The following was said by Mahmoud Abbas in a telephone interview from Amman with PA TV:

Host: “Mr. President [Abbas], this decision was made by the occupation’s [Israel’s] Minister of the Army, already yesterday. What is the significance of this decision?

Abbas:The significance is that this decision was made in advance. They [Israel] wanted to create a confrontation. They did not want to allow [the ships into Gaza], but were determined from the outset to create a confrontation. They had the opportunity yesterday to relate to these people peacefully, because those who came to Gaza are civilians, peace-seeking people, who did not come to attack. They did not come with weapons or with an army. They came with humanitarian aid. Therefore, it was a decision made in advance, premeditated and with determination to kill and to create a confrontation with these people, and to take them all to ports in Israel. Israel always ignores all international norms, all international laws, all humanitarian laws. [Israel] doesn’t care about anything.”