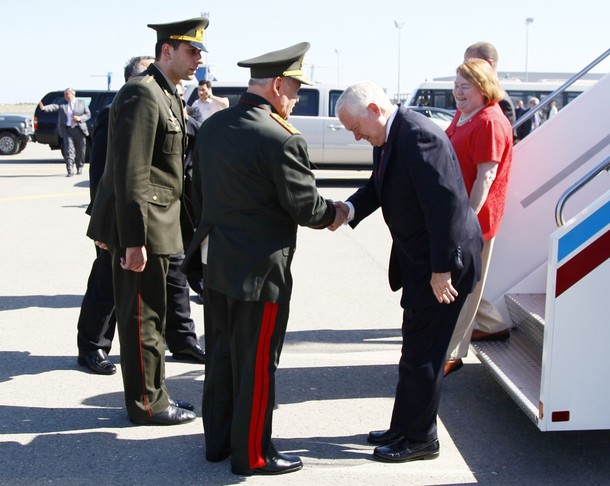 BAKU, AZERBAIJAN – JUNE 6: U.S. Defense Secretary Robert Gates (R) bows as he shakes hands with Azerbaijan’s Minister of Defense, General-Colonel Safar Abiyev on the tarmac at the Heydar Aliyev International Airport June 6, 2010 in Baku, Azerbaijan. On the table in front of Aliyev is a letter from President Barack Obama. Gates left Singapore earlier today after participating in the Shangri-La Dialogue’s Asia Security Summit, which ran from June 4 to 6, 2010. (Getty)

My note: All that is missing are the knee pads… Disgusting… Could our leaders possible grovel any more in front of our enemies and the world? Has the whole damn government converted to Islam? And/or Communism/Marxism?

American Daughter – A Call for the Resignation of Barry Sotero

examiner.com – Don’t tread on (or indoctrinate) me

END_OF_DOCUMENT_TOKEN_TO_BE_REPLACED 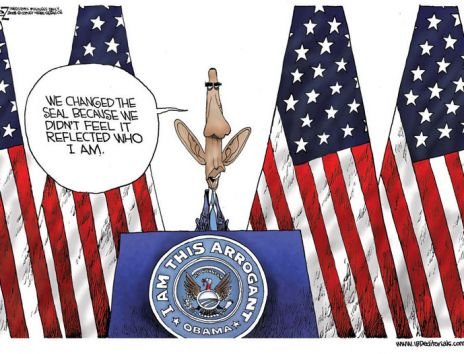 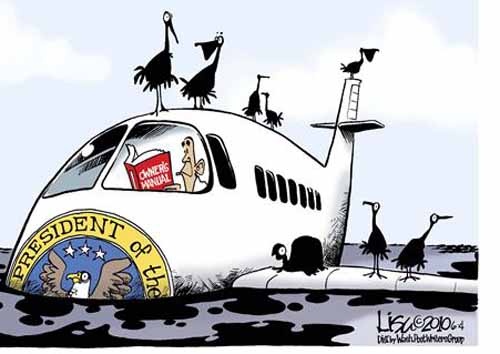 Businesses Can Expect to Tell IRS About Suppliers

Lessons from Canada: Stay Away from Nationalized Medicine

Why BP will be the next bailout (Hat Tip: Jean Stoner)

Hungary, Despite Comparisons, Is No Greece (Hat Tip: Jean Stoner)

IMF: America to become Greece by 2012

World stocks hit by fears over US jobs, Hungary

Germany to unveil cuts to welfare

EU Seeks Accord on Safety Net

How a Bursting Housing Bubble in China Could Slam the U.S.

Jim Rogers on Currencies and Inflation

No. European Nations Preparing to Slaughter the PIIGS

Economy Adds 431K Jobs, But Few in Private Sector (Most of those were temporary census workers!)

1 of 8 Americans on Food Stamps

Here’s a “peace” movement worth supporting.

From the Carbon Sense Coalition:

The Carbon Sense Coalition today called for an end to the suicidal war on carbon.

The Chairman of “Carbon Sense,” Mr Viv Forbes, rejected green claims that coal was dirty and carbon dioxide was a pollutant.

“Carbon is being demonized because of man’s production of carbon dioxide. This campaign started as a scare on global warming.

“As the warming failed to eventuate, that morphed into a campaign trumpeting “climate change.”

“As the public became skeptical that man controlled the climate, the campaign slogans changed to “air pollution” and “clean” energy.

“The aim of this campaign now is to cripple the coal industry because combustion of coal produces carbon dioxide which is tarred as a “pollutant.”

“However carbon is the most valuable element on our planet.

“It is the building block of all life on earth and has always provided the food, clothing and most of the energy and building materials for every human being.

“Carbon dioxide is the key link in the cycle of life on earth. It feeds the world.

“Coal is derived from plant material. It is as clean as the most fertile soil and as “green” as any forest.

“Because it was derived from plant material, every constituent in coal is a valuable atmospheric and soil nutrient needed to maintain healthy plants and animals.

“Anything can be harmful if too concentrated. We will drown in 100% water, suffocate in 100% carbon dioxide and be unable to breathe in 100% oxygen.

“The worst pollution in the world is caused by millions of poor people burning poor fuels in dirty open fires. Clean electric energy from modern coal fired power stations will abolish the smog.

We laugh at the bloodletters and the snake oil merchants of the past.

How will the future judge the voodoo climate “science’ of the 21st century?