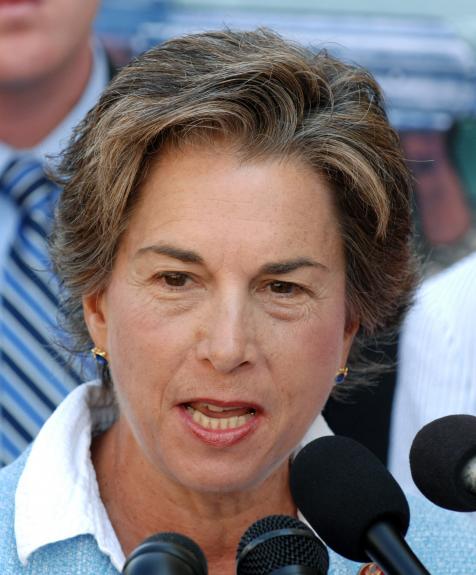 Jan Schakowsky a pro-Socialist Democratic member of the U.S. House of Representatives, representing the 9th district of Illinois. She has been close to Chicago Democratic Socialists of America – or its predecessors since the 1970s. Schakowsky was recruited to help with the famous Chicago Grape Boycott by a young United Farm Workers union leader, Eliseo Medina who is today, executive vice president of the SEIU and an honorary chair of the DSA. When she ran for Congress in 1998 she was endorsed by Chicago DSA – as was Socialist DSA member, Danny K. Davis. The Chicago DSA said of her, “She’s an old friend of DSA and a real fighter.” In May 2000, Schakowsky was given the Debs Dinner award by Chicago DSA leader, the late Carl Shier. In 2000 she also served on the welcoming committee for the Chicago Memorial Service for Richard Criley, a long-time activist with the Communist Party USA and a leader of the Chicago Committee to Defend the Bill of Rights.

In 1996 she worked alongside Quentin Young, Alice Palmer and 117 others, serving on the board of Illinois Public Action. At the 1996 IPA convention, Schacowsky stated, “The American people are not ideological; therefore, the way to go is to attack private power.” In 2003, Schakowsky and John Sweeney, president, AFL-CIO were among those presenting awards at a human rights awards memorial on behalf of the far-left think-tank, Institute for Policy Studies. The Council for a Livable World, founded in 1962 by alleged Soviet agent, Leo Szilard, supported Schacowsky in her successful bid for representative for Illinois. In turn, she gave her devoted support to newcomer Barack Obama when he too ran for representative for Illinois. Schacowsky is also a member of the DSA and IPS-linked Congressional Progressive Caucus. (more…)