“Within, I would say, the next six years, interest payments on the [U.S.] Federal debt will exceed the defence budget. I think that one of the clear lessons of history is that is a major turning point for any [global] power. From Spain in the 17th Century, The Netherlands in the 18th Century, through the Turks in the 19th Century, and British in the 20th Century: When you are spending more on your debts than [on] your Army or Navy, it’s all over as a great power.” – Niall Ferguson, in a 2010 lecture on sovereign debt and crises of public finance.

While U.S. British relations are plummeting and Israel is being abandoned, the Obama White House is busily courting the heirs to the “Evil Empire.”

When Reagan or the Bush dynasty made eyes at Moscow, you knew it was mainly “realpolitik” and posturing.

“Over the last eighteen months, the United States and Russia have made significant strides in resetting relations between our two countries in ways that advance our mutual interests. Since first meeting in London in April 2009, President Obama and President Medvedev have collaborated closely to enhance the security and well-being of the American and Russian people, including the expansion of the Northern Distribution Network, which supplies our troops in Afghanistan; the signing of the New START Treaty, which reduces our nuclear arsenals, enhances transparency about our strategic forces, and demonstrates U.S. and Russian leadership in support of the Nuclear Non-Proliferation Treaty; new sanctions against North Korea, designed to compel North Korea to adhere to its international obligations; the full and active pursuit of the dual track strategy that seeks Iran’s compliance with its international obligations regarding its nuclear program, including most recently UN Security Council Resolution 1929; and the creation of a Bilateral President Commission, which has expanded dramatically the interactions among Americans and Russians on a whole range of issues, including emergency disaster response, space, counternarcotics, counterterrorism, energy efficiency, and trade and investment, among others.

“President Obama looks forward to using this next meeting with President Medvedev to explore possible avenues of greater cooperation regarding trade, investment and innovation. The two Presidents will hold a bilateral meeting at the White House on June 24, where they will discuss these issues, as well as other issues of mutual concern leading into the G-8 and G-20 meetings. In conjunction with the visit, Russian and American business leaders , as well as American and Russian civil society leaders, will be holding their own meetings in Washington. As President Medvedev seeks to promote innovation and modernization in Russia, President Obama is pleased that the Russian President will begin his trip to the United States by visiting the Silicon Valley, and have the opportunity to review the unique set of factors that has fostered this important center of technological advancement and entrepreneurship.

On behalf of the American people, I extend my best wishes to all those who observe Russia Day. On June 12, 1992, the first Congress of the Russian Federation declared a new sovereign nation. But the relationship between our peoples goes back much further. This year, we celebrated the 65th Anniversary of the end of World War II, and it was the joint Allied forces that defeated fascism. Today, our two nations continue in our strong partnership, mutual respect and friendship, and I am proud of the new START Treaty and our joint efforts to reduce our nuclear arsenals. Beyond that, our two nations continue to expand our commercial and economic ties. Here in America, many Americans can trace their origins to Russia, and all of them are an important part of our national identity.

Tensions build in the Middle East. This will be a huge test for the Obama Administration.

Saudi Arabia will allow Israel to use a narrow corridor of its airspace in the north of the country to shorten the distance for a bombing run on Iran’s nuclear facilities, the London Times reported on Saturday.

Quoting unnamed U.S. defense sources, the newspaper said Riyadh conducted tests to be sure its own jets would not be scrambled and missile defenses not be activated so Israeli bombers could pass by without problems.

The path would shorten Israel’s bomb run, The Times said.

Once the Israelis go through, the kingdom’s air defenses would return to full alert, the newspaper said.

“The Saudis have given their permission for the Israelis to pass over and they will look the other way,” said a U.S. defense source in the Persian Gulf area who told the Times. “They have already done tests to make sure their own jets aren’t scrambled and no one gets shot down. This has all been done with the agreement of the [US] State Department.”

Sources in Saudi Arabia said it is common knowledge within kingdom defense circles that an arrangement is in place if Israel decides to launch the raid, the Times said. Despite the tension between the two governments, they share a mutual loathing of the regime in Tehran and a common fear of Iran’s nuclear ambitions.

“We all know this. We will let them [the Israelis] through and see nothing,” a Saudi source told the Times.

The newspaper pinpointed four main targets: The uranium enrichment facilities at Natanz and Qom, the gas storage development at Isfahan and the heavy-water reactor at Arak. Secondary targets include the Russian-built lightwater reactor at Bushehr, which could produce weapons-grade plutonium when complete, the Times said.

The targets lie as far as 1,400 miles from Israel, the paper said, noting that distance is the outer limits of the Jewish state’s bombers’ range even with aerial refueling. An open corridor across northern Saudi Arabia would significantly shorten the distance. An airstrike would involve multiple waves of bombers, possibly crossing Jordan, northern Saudi Arabia and Iraq. Aircraft attacking Bushehr, on the Gulf coast, could swing beneath Kuwait to strike from the southwest, the newspaper said.

Passing over Iraq would require Washington’s consent. The Obama administration has refused to give its approval as it pursues a diplomatic solution to curbing Iran’s nuclear ambitions, the Times said.

Dedicated to the Despot/Marxist in Chief at the reigns of our Republic – for now… Who made you the king of anything?

Sara Bareilles King Of Anything Lyrics:

Keep drinking coffee, stare me down across the table
While I look outside
So many things I’d say if only I were able
But I just keep quiet and count the cars that pass by

You’ve got opinions, man
We’re all entitled to ‘em, but I never asked
So let me thank you for your time, and try not to waste anymore of mine
And get out of here fast

I hate to break it to you babe, but I’m not drowning
There’s no one here to save

You sound so innocent, all full of good intent
Swear you know best
But you expect me to jump up on board with you
And ride off into your delusional sunset

I’m not the one who’s lost with no direction
But you’ll never see
You’re so busy making maps with my name on them in all caps
You got the talking down, just not the listening

Let me hold your crown, babe

Except without the leadership, the terror, the Islamists and the 3,000 dead Americans.

Besides that, they’re kinda similar.

Students Instructed to Chant “I Am an Obama Scholar” (Video)

Bill Hennessey added this in the comments:

Quick quiz: name five countries, past or present, where the youths were required to chant praises to their omnipotent ruler? Any five. Then add together the number of innocent people those regimes slaughtered for political expediency. 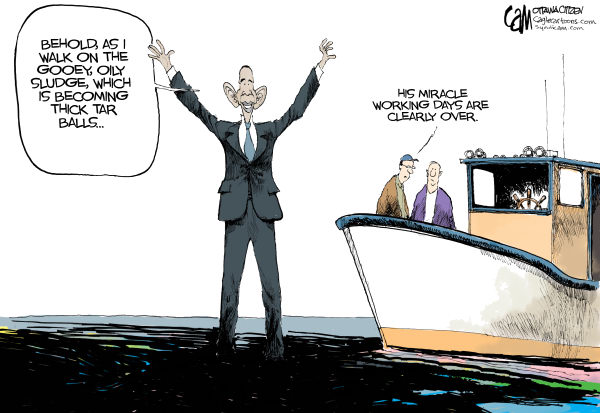