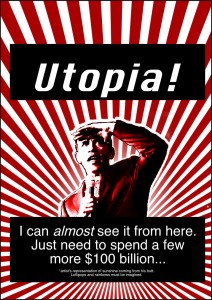 Obama: We need to save the same jobs again with $50B more in state bailouts (It never ends) (Hat Tip: Jean Stoner)

Think the California teachers’ pensions were out of control? Wait ’til you check out Illinois. (Hat Tip: Jean Stoner)

In jail for being in debt (Hat Tip: Brian B.) Debtors’ prisons are evidently making a comeback under our new tyrannical ruler…

The Case for Defense Spending

Defense of the EU Lacks Substance

Europe Troubles Are About to Start: Wilbur Ross (Hat Tip: Brian B.)

Boehner: Not One Dime of Taxpayer Money for BP

Boehner: “Why Isn’t the President Looking For Someone’s ‘Ass to Kick'” on the Budget?

Paper Sold To Pools Of Liquidity (Hat Tip: Brian B.)

Volcker Warns: We Are Running Out Of Time

“No Blood For Lithium”… US Discovers Vast Mineral Reserves in Afghanistan

White House for sale, according to real estate listing

NY to vote on emergency $$ — or face govt shutdown

A Book Review By: Fern Sidman 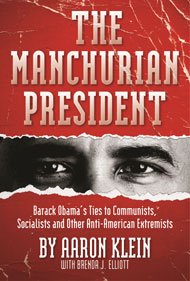 A review of “THE MANCHURIAN PRESIDENT”

Barack Obama’s ties to Communists, Socialists and Other Anti-American Extremists

American journalist, author and radio host, Aaron Klein, along with historian and researcher, Brenda J. Elliott blow the lid off the dome of silence surrounding the Obama administration as they boldly unmask the nation’s 44th president in their latest chilling monograph entitled. “The Manchurian President: Barack Obama’s Ties to Communists, Socialists and Other Anti-American Extremists” (WND Books – May 2010). Providing close to 900 footnotes and countless pages of documentation they reveal surreptitious ties to radical leftists of all stripes. If the title of this book sounds at all familiar, it is a takeoff on the 1959 political thriller novel by Robert Condon called “The Manchurian Candidate” in which the son of a prominent US political family has been brainwashed into being an unwitting assassin for the Communist party.

While Klein does not infer that President Obama is part of a Communist sleeper cell, he does present an exhaustive investigation into President Obama’s background and his radical ties to pivotal figures in the Communist movement, both inside the White House and out who also happen to be major players in crafting legislation, including the economic stimulus package. This weighty tome weaves a complex spider’s web of a narrative that is replete with a plethora of names and organizations of radical leftists, hitherto unknown by the public who helped shape Obama’s ideology and career.

Starting with Obama’s childhood affiliation as a Sunday school attendee at the First Unitarian in Honolulu, a radical activist church that not only served as sanctuary for draft dodgers in the 1960s and 70s but had strong links to the even more radical Students for a Democratic Society (SDS), Klein embellishes on the movement that gave birth to the underground terrorist offshoot called the Weathermen. It was through this organization that Obama liaison Bill Ayers achieved fame as a Pentagon bomber-conspirator and a notorious leftist student agitator. Ayers summed up the Weathermen ideology which he referred to as “an American Red Army” by saying, “Kill all the rich people. Break up their cars and apartments. Bring the revolution home. Kill your parents.”

Klein informs us that Obama worked directly with Ayers in Chicago back in 1988, after Ayers resurfaced from his underground status amid multiple criminal charges related to his extremist activities. The charges were dropped due to prosecutorial misconduct. The two were introduced by Gerald “Jerry” Kellman, a Marxist acolyte of radical community organizer Saul Alinsky, and thus, a professional association was forged as Obama served with the Ayers’ run community advocacy coalition called the Alliance for Better Chicago Schools, or ABC. When Obama launched his political career in 1995, the venue for his first fundraiser was the Chicago apartment of Bill Ayers and the two served alongside each other from 1995 to 2000 on a $100 million education foundation called the Chicago Annenberg Challenge or CAC.

Says Klein, “To underscore Ayers’ radical mentality in 1995, while he worked closely with Obama, the unrepentant terrorist gave an interview in that year for author Ron Chepesiuk’s book Sixties Radicals, in which Ayers stated, “I’m a radical, leftist, small ‘c’ communist.”

Following the guidelines of Alinsky-like tactics of working within the system to overthrow the capitalist structure of American government, Klein speaks of Obama’s direct links to the CAC’s role in “disbursing money through various far-left community organizers, such as ACORN.” Such Socialist led organizations and unions like Project VOTE!, the SEIU (Service Employees International Union), the AFL-CIO (the American Federation of Labor and Congress of Industrial Organizations), AFSCME (American Federation of State and County Municipal Employees) and the Apollo Alliance are also directly linked to ACORN and Obama cronies with “questionable” ties. Quoting from a 2001 book by Jarol B. Manheim, “The Death of a Thousand Cuts: Corporate Campaigns and the Attack on the Corporation,” Klein says that “by 1986, ACORN had forged institutional ties with AFL-CIO Central Labor Councils in at least 30 cities” and that ACORN’s “People’s Platform” included such radical reformist objectives as “free medical care, a public defender system, the elimination of the state income tax for low income people and higher welfare benefits.”

Obama’s associations with the Nation of Islam, Black Liberation Theology and black political extremists are also revealed in nuanced detail, as Klein reveals that Obama attended the million man march organized by Nation of Islam leader and rabid Jew hater, Louis Farrakhan. For over 20 years Obama attended the Trinity United Church of Christ in Chicago where Farrakhan gave guest lectures at the behest of anti-American extremist preacher Rev. Jeremiah Wright. Klein also uncovers the fact that the Nation of Islam was on Obama’s payroll in the early days of his political career and that his senior advisor, David Axelrod also maintained ties to radical Islam through his association as a board member of St. Sabena’s Church in Chicago which served as a haven for black nationalists of the Nation of Islam variety.

The backgrounds of other key Obama advisors and “Czars” such as Valerie Jarrett, Van Jones, Andy Stern, Cass Sunstein and John Holdren are also carefully scrutinized by Klein as well as their political leanings and the influence they wield in this current administration. Ghastly epiphanies proliferate, as Klein documents the fact that Communist Party member, Frank Marshall Davis who would become a mentor to the young Barack Obama in Hawaii worked closely with Vernon Jarrett, Valerie Jarrett’s father-in-law in at least three communist dominated organizations in Chicago in the late 1940s. Former Green Jobs Czar Van Jones, who resigned his post in September of 2009, was forced out of his job by allegations of association with a Marxist group during the 1990s. Having been arrested several times during the 90s for political activism, Jones was quoted in a November 2005 interview with the East Bay Express as saying that while in jail, “”I met all these young radical people of color — I mean really radical, communists and anarchists. And it was, like, ‘This is what I need to be a part of.'”

“The Manchurian President” also exposes how Obama’s health-care policy, masked by moderate populist rhetoric, was pushed along and partially crafted by extremists. Some of them reveal in their own words that their principal aim is to achieve corporate socialist goals and a vast increase in government powers.

Klein was recently quoted on FOX news as saying, “It is clear that Barack Obama has ties to an anti-American fringe nexus that was instrumental in building his political career from the beginning all the way through now.” He adds that, “I believe this work is crucial to Americans from across the political spectrum, including mainstream Democrats who should be alarmed that their party has been hijacked by an extreme-left bent on permanently changing the party to fits its radical agenda.”

This meticulously documented piece of outstanding investigative research is a must read for all good citizens of this great country who are concerned with the future of our cherished freedoms and values.

This flight was made possible by Gulf Restoration Network. Video produced by James Fox and Jette Newell with help from Associate Producers Cara Fay and Ann Morton.

Hear the Marxists calling for the seizure of BP and the nationalization of the oil companies. Spell it with me: V-E-N-E-Z-U-E-L-A.

Michelle Malkin – Next on ‘When Congressmen Attack’ — Rep. Bob Etheridge (D-NC); Update: Sorry…that he got caught