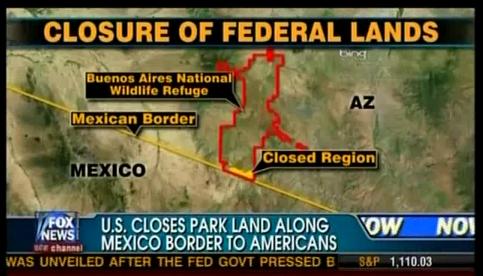 Arizonans better saddle and arm up. I fervently hope they do not stand for this. This is an absolute betrayal of the United States and specifically the state of Arizona. I have family there and damn Obama for doing this… Arizonans are being told to stay out of 3 counties where it is ‘too’ dangerous to go. No such restriction on illegals. He’s handing it over to the gangs and the Mexicans.

countryboy1949 — June 15, 2010 — Two men shot earlier this week could be the result of the ongoing battle between Mexican drug cartels now spilling over deep into Arizona, officials say.

The area, once an area for family hiking and off road vehicles has government signs warning residents of the drug and human smugglers.

“We are three counties deep. How is it that you see pictures like these, not American with semi and fully automatic rifles. How is that okay?” asked Pinal County Sheriff Paul Babeu.

Babeu said he no longer has control over parts of his county.

“We are outgunned, we are out manned and we don’t have the resources here locally to fight this,” he said at a Friday news conference.

Five weeks ago Deputy Louie Puroll was ambushed and shot as he tracked six drug smugglers.

Pinal County Sheriff Paul Babeu: Quite frankly I’m telling you as a sheriff that we don’t control that part of the county. My county is larger than the state of Connecticut and we need support from the federal government. It’s their job to secure the border and they haven’t done it. In fact President Obama suspended the construction of the fence.

FOX News reporter: Would you like to see some of the president’s outrage about the oil spill and some of the butt-kicking that he’s talked about doing applied there on the border as well?

Sheriff Paul Babeu: Even with that, you say one thing and then you’re out at a fundraiser in California and you don’t go to the funeral of the people who died in the explosion. You know its one thing to say something slick on television in a ten second soundbite but we need action. And, it’s shameful that we as the most powerful nation on earth can win wars and liberate countries throughout history yet we can’t even secure our own border. 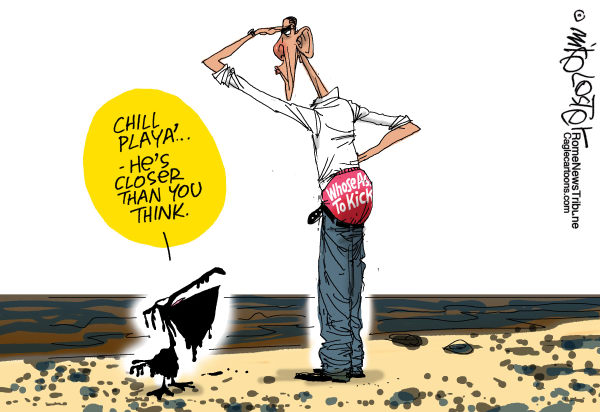 County commissioners voted unanimously to give their emergency management team the power to take whatever action it deems necessary to prevent oil from the Deepwater Horizon spill from entering Choctawhatchee Bay through the East Pass.

That means the team, led by Public Safety Director Dino Villani, can take whatever action it sees fit to protect the pass without having its plans approved by state or federal authorities.

Commission chairman Wayne Harris said he and his fellow commissioners made their unanimous decision knowing full well they could be prosecuted for it.

“We made the decision legislatively to break the laws if necessary. We will do whatever it takes to protect our county’s waterways and we’re prepared to go to jail to do it,” he said.

That freed Villani to take several actions deemed important to further armor the Destin pass without waiting for authorization from the state Emergency Operations Center in Tallahassee and the unified spill command in Mobile.

Commissioners gave him the go-ahead to spend $200,000 to pay for an underwater “air curtain” designed to push oil up where it can be collected and $16,500 a day to operate and maintain it.

He has authority to, without a nod from the U.S. Coast Guard, deploy barges, weighted so that they’ll sit low in the water across the entrance to the pass.

He is also authorized to look into a slip curtain, another underwater oil-catching device.

Though they now have the authority, both Villani and Okaloosa County Administrator Jim Curry said they will continue to work with the state and federal authorities to get their plans approved.

Curry said what the commissioners did Monday was “send a loud and clear message” to the Coast Guard, the state Department of Environmental Protection and others that Okaloosa County’s permit requests should be acted on immediately.

The commission met in an emergency meeting alongside the Destin City Council. The two governing bodies confronted a full room of obviously frustrated people, many of whom advocated filling in the entrance of the pass to close it down completely.

It was agreed that filling in the pass was a bad idea that could have serious environmental impacts.

While Martha LaGuardia, a commander with the Coast Guard, argued that moving ideas and plans through the chain of command was the proper way to do things, Harris made it known the County Commission was tired of the often tedious and sometimes unproductive bureaucracy.

ResistNet – Saudi Arabia: We will not give Israel air corridor for Iran strike

Sarah Palin – Fuel America with Terrorist-Tarred Oil Instead of Drilling Our Own, Baby? (Hat Tip: Brian B.)

END_OF_DOCUMENT_TOKEN_TO_BE_REPLACED 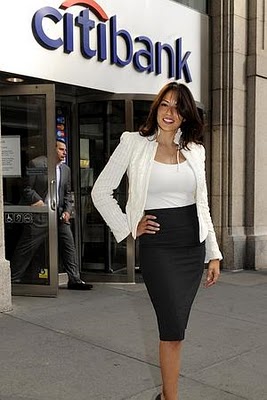 OK, sweetie, this was cute for a couple of days, but now you’re just getting annoying. Your 15 minutes expired at least a week ago and now you’ve gone and assured yourself irrelevancy.

Too-hot-to-bank stunner Debrahlee Lorenzana is pulling out the heavy artillery, hiring media-savvy feminist lawyer Gloria Allred and a high-powered New York attorney after The Post ripped into the beauty yesterday.

Allred — whose other high-profile clients include two Tiger Woods babes — refused to say whether Andrea Peyser’s column inspired Lorenzana to dump the lawyer who brought her suit charging Citibank axed her for looking too sexy.

But Allred insisted her new client is a hero to all surgically enhanced bankers, saying, she “has been unfairly and viciously attacked in the media for having the courage to step forward and take a stand against blatant sex discrimination and retaliation.”