From: The LA Times

LAFD — June 18, 2010 — This unedited video (viewable in full-screen HD) shows acts of vandalism and arson in Los Angeles following the NBA Finals on June 17, 2010. If you have information regarding persons seen in this video, or other acts of arson anywhere in Los Angeles, please call the LAFD Arson/Counter-Terrorism Section directly at (213) 485-6095. 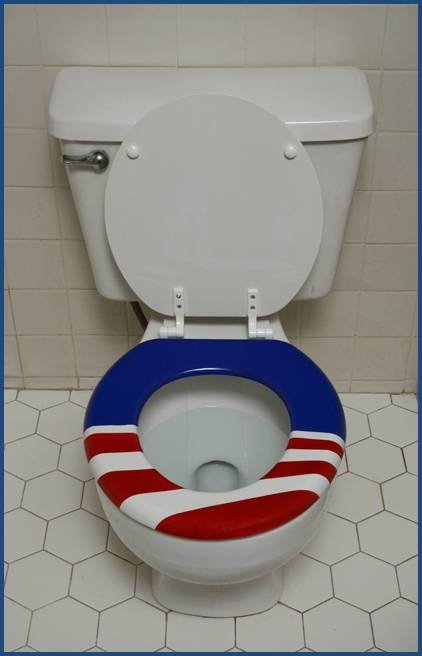 Thorney Lieberman, the very talented husband of my very good friend, Anne Lieberman, blogger extraordinaire Boker Tov Boulder, has created the “Yes We Can Can” – a must have for your home! Only $29.95 plus S&H. Place your order now at www.bokertov.typepad.com/btb. A must have for every American loving home!

This report illustrates what bald faced liars fellow CFR hacks Janet Napolitano and Barack Hussein Obama are when it comes to border security. Crime and violence is flowing over the Mexican border into Texas (as well as Arizona, New Mexico, and California) and the traitorous NWO puppets in Washington continue to do absolutely nothing….. except to try cramming another nation-wrecking amnesty down More.. the throats of angry Americans who have had just about enough of Obama and his band of destructive Saul Alinsky fans in DC.

The Anchoress – Surf like you’re at the World Cup!

Bookworm Room – Why Obama Wants You to “Turn On, Tune Out, and Drop Out” — by Guest Blogger Robin of Berkeley

Telegraph/Brutally Honest – If Barack Obama can golf, then Tony Hayward can yacht

The Strata-Sphere – Our Government Has Lied To Us

examiner.com – Philly’s not-so-well-oiled Democrat machine will not go away

The New Editor – “We don’t vote to elect great men, they’re not that great. We vote to throw the bastards out.”

The Radio Patriot – If you need a hug…

The Radio Patriot – Dealing with it

END_OF_DOCUMENT_TOKEN_TO_BE_REPLACED

From: The Patriot Update

Rosenberg: Here’s Why The Yuan Revaluation Is A Distraction And A Sideshow

A Blistering Ride Through Housing Market Hell: 14 Reasons To Fear The Ongoing Bubble

Niall Ferguson: This Yuan Revaluation Is A Sideshow

Remember How We Saved The Banks So They Would Keep Lending To The “Real Economy”?

Why Gold Has Now Re-Emerged As A Global Currency

The Chinese Currency Adjustment Is A Classic Rope-A-Dope

Meredith Whitney: Unequivocally I See A Double Dip In Housing

Saudis Hoard Twice as Much as Thought

Another ‘Flash Crash’ Coming? Some Market Pros Think So

Chester, PA: A Philly suburb and microcosm of Detroit

$500 Hammers? U.S. Military Can Find Ways to Trim the Fat

Poll: Should BP have to pay for Obama’s moratorium?

New tax to push cigarettes over $10 a pack in NYC

CHINA TO OVERTAKE USA IN MANUFACTURING

FANNIE AND FREDDIE tab 146B and rising; Foreclosed on home every 90 seconds

‘Serious Market Problems’ in the Fall—Gold to Hit $2500

Spain: The New Crisis in Euroland

Food Prices to Rise Up to 40% Over Next Decade, UN Warns

Blasts Reid for throwing mud instead of offering solutions

Reno, NV – U.S. Senatorial candidate Sharron Angle released her first web ad of the general election today. The ad introduces Angle to the voters of Nevada, and takes Harry Reid to task for his disastrous tenure as Majority Leader and his campaign’s vicious attacks.

“At a time when America is dealing with pressing problems — sky-rocketing unemployment, ballooning national debt, a catastrophic oil spill, and potential nuclear threats abroad — Harry Reid is spending his time launching dishonest personal attacks against Sharron Angle to save his job rather than offer real solutions. It is obvious that Harry Reid has already run out of reasons for voters to support him and therefore has chosen a course of trying to destroy his opponent,” said Angle Senior Adviser John Yob. “Nevada families are tired of the same old politics that has led them to the highest unemployment rate in the nation. Sharron Angle is ready to go to the Senate and fight for Nevadans against the special interests of Harry Reid and Washington D.C.”

Unemployment has skyrocketed. Billions in bailouts to Wall Street millionaires with little to show for it. The national debt reaching critical mass. Iran close to going nuclear. The Gulf Coast submerged in oil. And the Majority Leader of the Senate moves quickly into action — not with solutions, but by attacking his opponent.

Within hours of Sharron Angle becoming the nominee to face Reid in November, Reid launched a brutal advertising assault that is a slap in the face to all Americans. Not only is Reid not offering solutions to our problems, he’s using special interest money to throw mud and try to tear down his opponent. America deserves better.

If you care more about sound ideas than negative sound bites, if you think it’s time to end the bailouts, end the power of the special interests, and, above all, take back the America we love, then please visit SharronAngle.com and contribute today — and do it before Harry Reid attacks again.

In March, The CIA Announced That Iran Was Poised To Begin Producing Nuclear Weapons. “Iran is poised to begin producing nuclear weapons after its uranium program expansion in 2009, even though it has had problems with thousands of its centrifuges, according to a newly released CIA report. ‘Iran continues to develop a range of capabilities that could be applied to producing nuclear weapons, if a decision is made to do so,’ the annual report to Congress states. A U.S. official involved in countering weapons proliferation said the Iranians are ‘keeping the door open to the possibility of building a nuclear weapon.’” (Bill Gertz, “CIA: Iran Capable Of Producing Nukes,” Washington Times, 3/30/10)

Reid Launched An Attack Ad On Angle Shortly After Her Primary Victory. “Well, the positive ads from the majority leader didn’t last long. Here’s the first negative ad of the general election.” (Jon Ralston, “Reid Goes Negative On Angle, With Some Of Her Greatest Hits,” Las Vegas Sun’s Ralston’s Flash, 6/11/10)