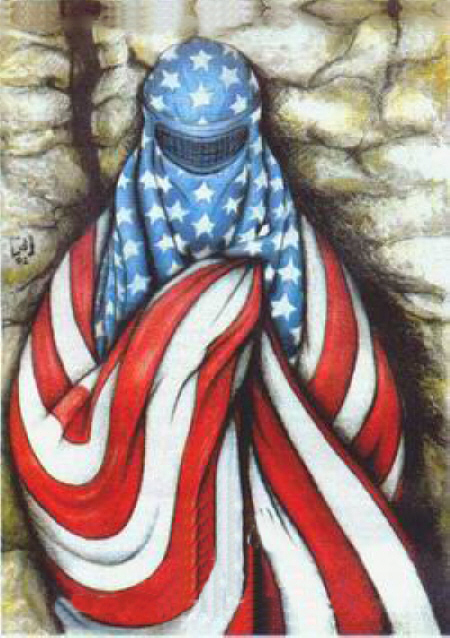 Last Tuesday, Obama appointed a young, Muslim lawyer named Samar Ali as the White House Fellows. You can read all about her in Zombie’s new post:

Ali was an Associate at the law firm of Hogan Lovells US LLP. She also worked for Islamic International Arab Bank. She worked with Foreign Aid Conventional Financing and Shari’ah Compliant Student Loan Programs.

For those of you not familiar with Shariah finance:

Islamic banking refers to a system of banking or banking activity that is consistent with the principles of Islamic law (Sharia) and its practical application through the development of Islamic economics. Sharia prohibits the payment or acceptance of interest fees for the lending and accepting of money respectively, (Riba, usury) for specific terms, as well as investing in businesses that provide goods or services considered contrary to its principles (Haraam, forbidden). While these principles were used as the basis for a flourishing economy in earlier times, it is only in the late 20th century that a number of Islamic banks were formed to apply these principles to private or semi-private commercial institutions within the Muslim community.

Notice that this tenant of Islamic law applies to Muslims, not infidels (those outside the Islamic faith). The Islamic International Arab Bank “commenced its banking operations in accordance with Islamic Shariah rules on the twelfth day of Shawal 1418 AH, corresponding to 9 February 1998, to meet the growing demand for Islamic banking services and products.” Zombie goes into more depth concerning Shariah finance and it is well worth a read. This is a practice that the Islamic world has been trying to institute in US finance circles for the last 10 years or so that I know of.

I’ll be blunt… It seems to me that Obama is giving Muslims more access to the powerful elite circles within the White House than he is Christians, Jews or anyone else. In fact, in my opinion, he has all but declared all out war on Jews. His actions are anti-semetic to put it plainly.

When the leader of the most powerful country on Earth addresses the Ummah before he speaks to our strongest ally, Israel or before he even addresses Americans, that makes a strong statement. When he starts cuddling up to Middle Eastern states who have been and still are our enemies and instead attacks Israel, he leaves little doubt where his loyalties lie.

So let me get this straight… Marxists, Socialists, Communists, Eco-Terrorists, Muslims, La Raza and a whole host of radicals are coveted by our President. Christians, Jews, patriots, military and Constitutionalists need not apply. I just want to make sure I know where the lines are drawn.

While Obama implements every radical agenda he can get his evil hands on (or George Soros does), including Shariah compliant banking, Americans will be fighting him for the very heart and soul of America. We will never surrender to Islam. I personally would die first and I know millions stand with me on this one. Seriously? You couldn’t find anyone more qualified than an expert in Shariah finance? Really… Well, hopefully we can rectify this for you come election time. Remember, a silent, bloodless coup is still a coup. Time to choose sides America…

One thought on “Shariah in the White House”