By: Zombie
From: Pajama’s Media

UPDATE: Johannes Mehserle has been convicted of Involuntary Manslaughter of Oscar Grant.

Oakland is boarded up.

Fearing the inevitable riots that will erupt if ex-transit cop Johannes Mehserle isn’t found guilty of murder in the Oscar Grant case, business owners around Oakland’s downtown and other areas of the city have been busy nailing plywood boards over their shop windows to minimize damage and looting. This essay documents the pre-riot preparations, and also examines to what extent the expected riot is being fomented by left-wing radical groups. 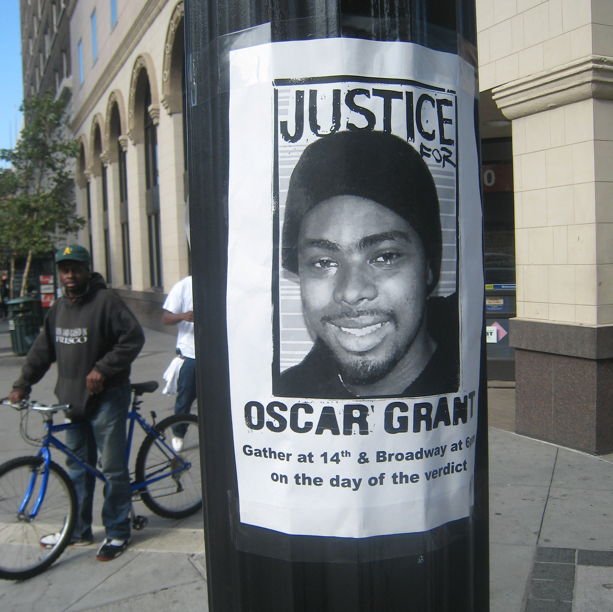 Word has gone out on the street for everyone to gather at 14th and Broadway — the intersection at the center of Oakland’s downtown — when the verdict is announced. Although the gathering is supposed to be “a positive space for people to speak out and express their feelings and to continue working for justice,” everyone knows that rabble-rousers and organizers will be on hand inciting the crowd to run wild.

Read more and view Zombie’s photo spread at Pajamas Media… We could very easily have riots, so will keep you updated.