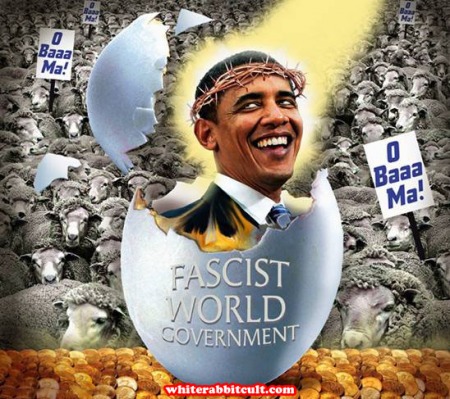 Yesterday, an event took place here in the United States that got little comment – cue the crickets… WordPress host Blogetery and 73,000 WordPress blogs were shut down, marking the beginning of a modern day 1984 society in the US. A chill rippled through the blogging world and the Internet sparking 1st Amendment fears and a Constitutional outcry from those paying attention.

I remarked that this was “Possibly the biggest violation of Constitutional rights I have seen in my lifetime…” I twittered, facebooked and sent this out to the largest bloggers on the web. Silence ensued, apathy reigned and a disquieting sense of despondency descended. Only The Radio Patriot commented on the fact that their Google, Blogger account just vanished some time ago and that it now feels like ‘1984‘ in the realest sense of the title.

Digger’s Realm has a great comment that states the obvious:

This is upsetting but not too surprising.

Look around you: REPRESSION AND CURTAILING OF FREEDOM OF SPEECH IS HAPPENING MORE & MORE BY THE DAY. And it is only going to get WORSE, as more people SPEAK OUT against the repressions happening in our once-free society. This thin-skinned government, with its own self-serving agenda, seems adamant about quashing criticism. God help us all, because when they cut off our ability to speak Truth or to communicate with one another, we become extremely vulnerable to other State abuses.

No, the extreme response taken here by U.S. Authorities implies some sort of believed terrorist connection or child pornography ring, not just a handful of warez and MP3 blogs. Even so, though, unless Blogetery itself is suspect of harboring terrorists or child pornographers, it’s hard to condone this sort of extreme action that has instantly silenced over 73,000 users, the majority of whom are doubtlessly innocent of any wrong-doing.

Hopefully, we’ll get more details of this developing story soon.

Let’s hope so, but I wouldn’t hold your ‘collective’ breath here. I warned about this previously – first they will come for the bloggers using copyright infringement as a weapon, then taxation and fees. The American government will do anything they can to shut us up and those that believe this does not affect them better wake up and soon. This is coming at us like a freight train and may very well silence all of us – except those who are for the government and are on Soros’ payroll. Media Matters should be safe…

Back up your blogs and have alternate forums set up folks. We are being driven underground and a lot faster than I even thought we would be. Have your own server and forge bonds with other bloggers. You can use the wp-db-backup plugin as well.

The United States Government shut down about 73,000 WordPress blogs on a single Web site in a move that some fear signals an increasing disregard for individual free speech rights. The action follows the high profile government seizure of seven online movie sites weeks ago. The U.S. move dwarfs current Chinese government activity that shut down only “dozens” of blogs in China. 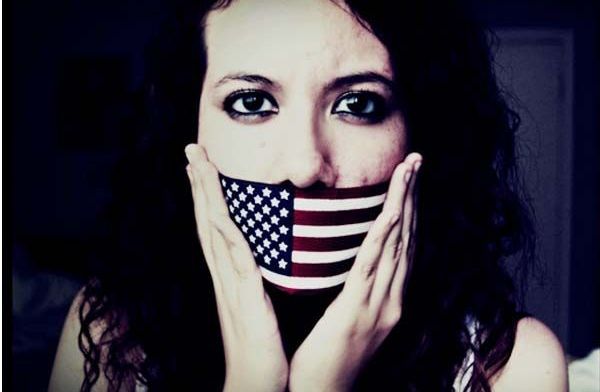 And I saved the last word on this for the best and sanest entry I’ve seen on this subject – from Gadgetsteria:

I know if I were a legitimate Blogetery customer, having my site knocked out with no explanation as to why or a time frame on when it would be back up would end my relationship with them immediately. Adding insult to injury, BurstNet is claiming they’re sworn to secrecy and that the data from the downed sites cannot be retrieved. One vital piece of information that’s lost — the Blogetery owner’s contact information, which I’m sure some 73,000 site owners are probably looking for right now.

There really is no excuse to go to such great lengths over IP/copyright infringement claims. If the content is really so bad, why not blacklist/shutdown/delete the infringing sites’ accounts? Why take down 73,000+? If this is what we can expect from the U.S. government’s new tougher stance on IP infringement and digital laws in general, the future does not look bright. It appears due process is utterly useless now. If this does turn out to be IP/copyright related, we can all assume that since the “fight against piracy” is utter bullshit, the government is simply resorting to shutting down the entire internet small bits at a time.

The silencing of bloggers has begun. Which side will you take and how will you fight?

Have you checked out the new DOJ website, complete with a communist/progressive quote on the banner and the American Flag removed and the black motif? Here is what it looks like now:
http://www.justice.gov/ and here is what it looked like before the Destroyer in Chief changed it:
http://web.archive.org/web/20080708201613/http://www.justice.gov/
and here is background on the quote:… http://spectator.org/archives/2010/07/16/with-liberty-and-global-justic/print

Thanks to Glenn Reynolds and Instapundit and welcome to our visitors from his site!

Update: No Sheeples Here – Marching Down The Path To Orwell’s 1984?

Kim Priestap – Whose blogs will be next?

Let the finger-pointing begin… I didn’t even see in the beginning where the FBI was involved, however, it makes sense they would be. This whole story doesn’t make sense to me. I don’t believe the FBI when they say they didn’t ask Burst.net to shut down the server, but I don’t fully believe Burst.net either.

Now, the claims include terrorism. But still, shutting down 73,000 blogs is blatantly unconstitutional. The FBI is trying to cover their ass by saying they did not ask Burst.net to shut down the blogs. That only a few were of concern to them. Either the FBI (or ICE, or the Copyright Infringement Division, or DHS) used a mallet to kill a fly and is power hungry, out of control, or the host is lying for some reason I can’t fathom or both are true. The FBI claims they didn’t tell Burst.net to shut down, which may be true – it could have been DHS, ICE, the Copyright Infringement Division or pick an alphabet agency. Plausible deniability…

A source with knowledge of the investigation said that the material allegedly found on Blogetery’s server is connected to an online magazine called “Inspire,” which debuted recently. Numerous news outlets reported over the past weekend that “Inspire” is designed to help recruit new members to al-Qaeda and is edited by Samir Khan, a 24-year-old North Carolina man who moved to Yemen last October. According to Fox News, the title of one article was “Make a Bomb in the Kitchen of Your Mom.”

Update: A special thanks to Andrea Shea King – WND – 73,000 blogs disappear in an instant

A blogging website that was shut down suddenly last week for containing links to hit lists, bomb-making documents and Al Qaeda’s new magazine “Inspire” had a lengthy history of breaking the law, but its violations were limited to copyright issues, not terrorism.

Upon learning from the FBI that the site, Blogetery.com, contained links to terrorist materials, including bomb-making instructions and an al-Qaeda “hit list,” the site’s host, BurstNET, decided to shut down the site’s server — and the 73,671 blogs it hosted.

The EFF’s Opsahl said the request sounded similar to an exigent circumstance letter, a request for the voluntary disclosure of information based on the Electronic Communications Privacy Act.

“There has been a history of abuse of these letters,” Opsahl noted. He pointed out that in January, the Office of the Inspector General for the Department of Justice issued a report concluding that the FBI improperly sought phone records through false assertions, and by replacing standard signatures with rubber-stamp approvals.

That said, such notices are not a vehicle for taking down information; they’re for finding the people responsible for posting the dangerous information, Opsahl said.