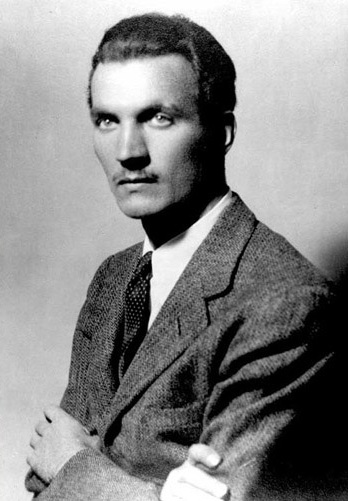 “For us Poles, it was war and occupation. For the Jews, it was the end of the world,” declared the legendary Polish hero of the Holocaust, Jan Karski, as he spoke of the ravages of World War II and the Nazi invasion of Poland. Marking the 10th anniversary of his death, the Kosciuszko Foundation on Manhattan’s upper east side was the venue for a most fitting tribute to Jan Karski; the man who is considered “a universal hero” for his role in attempting to wake up the free world to the heinous atrocities being perpetrated against the Jews during WWII.

Jan Karski was a Polish-Catholic World War II resistant movement fighter and a scholar at Georgetown University. In 1942 and 1943, Karski reported to the Polish government in exile and the heads of state representing the Western allies on the atrocities and extermination of the Jews in German-occupied Poland. He delivered detailed accounts of the destruction of the Warsaw ghetto and the concentration camps to President Franklin Roosevelt, British Prime Minister Winston Churchill, Supreme Court Justice Felix Frankfurter, Pope Pious XII among others. Tragically, his eyewitness testimony fell on deaf ears and the allies failed to respond in order to save Jewish lives.

Organized by the David S Wyman Institute for Holocaust Studies, the Consulate of Poland and the Kosciuszko Foundation, the highest level of homage was paid to Jan Karski on Sunday morning July 18th, amidst an audience of over 150 people. Alex Sotorzyntoski, the executive director of the Kosciuszko Foundation introduced the proceedings by delivering a brief historical biography of the namesake of the foundation, Thaddeus Kosciuszko (1746-1817). “The Polish people are very proud of their heroes and patriots and one of them is Thaddeus Kosciuszko. In 1776 Kosciuszko volunteered to fight in the American Revolution. Because of his military training in Poland, he acquired the knowledge to build forts and even helped build West Point. He was a true idealist and pointed out the hypocrisy of Thomas Jefferson for owning slaves while staging a revolution of freedom and justice. After the revolution, he went back to Poland where he began a revolution to free serfs and Jews and 20 percent of his army in Poland was composed of Jews,” said Mr. Sotorzyntoski.

A representative of the Polish Consulate read a letter from the Polish Consul General lauding the extraordinary lifetime accomplishments of Mr. Karski. “He was and is a beloved hero of Poland and the Jewish people. He risked his life to complete his mission as a messenger of truth from occupied Poland. He was a moral giant whose life exemplified the highest principles of righteousness in the face of horrific adversities. As a professor at Georgetown University, he taught his students the lessons of strength and courage and exhorted them to stand up for the weak and oppressed.” Referring to the monument that was erected in Karski’s honor in 2007 in front of the Polish Consulate in New York, which depicts Karski sitting on a bench, the representative intoned, “The younger generation should take a figurative seat next to Karski on the bench of decency and emulate all that he stood for.”

“There are 35 states in our country that require a Holocaust educational curriculum, yet we never learn about the American response to the Holocaust,” declared Dr. Rafael Medoff, renowned historian, prolific author and director of the Wyman Institute for Holocaust Studies. Dr. Medoff introduced a new 10 minute animated film entitled, “The Messenger From Hell – The Jan Karski Story,” that was produced in cooperation with The Wyman Institute, the Disney Company and ABC News.

The chilling account of Karski’s meetings with leaders of the Western world speaks directly to the apathy and indifference of the American government during World War II as it pertained to the plight of Europe’s Jews. Narrated by Stan Lee of Marvel Comics and illustrated by Neil Adams, a comic book artist who re-designed the Batman image, the film depicts the Karski’s arduous odyssey as a Polish diplomat who was taken hostage by invading Russian troops and then released in a prisoner exchange to an unflinching and devoted messenger of the truth, who placed his life on the line to save Jewish lives. Through his connections with the Polish underground, Karski clandestinely traveled to a transit camp outside the infamous concentration camp of Belzec and personally witnessed Jews being subjected to the savage barbarism and sadistic cruelty of the Nazis. Karski also reported that, “100,000 Polish Jews died of starvation in the Warsaw ghetto and in only seven weeks, 265,000 Jews were deported to extermination camps.”

Professor Laurel Leff, a professor of Judaic studies and journalism at Northeastern University in Boston and author of the groundbreaking monograph, “Buried By The Times: The Holocaust and America’s Most Important Newspaper” said, “Karski struggled to provoke and sustain the plight of the Jews in Europe despite the fact that the media neglected to cover it with the degree of gravitas that it deserved. It wasn’t until December 18, 1942 that American newspapers started to condemn the Nazi war against the Jews. The New York Times buried the story on its inside pages, but the Jewish leadership assumed that this would prompt the government to take action and they did not. Karski personally met with reporters from the Chicago Tribune, New York Times columnist Walter Lippmann and even had direct communication with the managing editor of the Times when he came to America is 1943.”

In 1944 Karski published “Story of a Secret State,” in which he related his experiences in wartime Poland. The book was initially to be made into a film, but this never occurred. The book proved to be a major success, with more than 400,000 copies sold in the United States until the end of WWII.

“It has taken 67 years to bring back this wonderful man to the attention of the people,” said Sigmund A. Rolet, leader of the Jewish renaissance in Poland today, a Holocaust survivor, and the Chairman of The Museum of the History of Polish Jews. “Karski’s failure to elicit a concrete reaction from world leaders should serve as a great lesson to us concerning the world’s attitude about genocide and the Jews. Karski was a zealous and undaunted emissary and he managed to reach America and personally tell this “God of ours,” Franklin Roosevelt about what he had seen with his own eyes and Roosevelt responded with callous indifference. Supreme Court Justice Felix Frankfurter even told Karski that he could not believe him. Today, our youth is abysmally ignorant of who Jan Karski was. Only three students out of 200 political science majors knew who Karski was and what he stood for and only one professor knew the story of this great man,” he ruefully observed.

“We must work assiduously to promote and preserve the memory of Jan Karski,” said Ewa Wierzynska of The Museum of the History of Polish Jews that will open in Warsaw in two years. “Karski must be established among the pantheon of great men of the 20th century. His glorious legacy must live on by teaching his lessons to the younger generation. Genocide is still a reality in today’s world and each day we hear from those despots who would commit genocide again, if they were allowed. Clearly, Karski’s mission is unfinished. Let us act now before it is too late.”