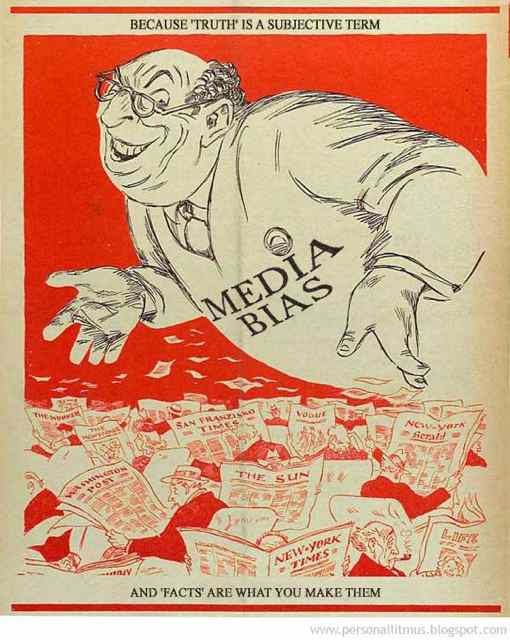 Rush Limbaugh, on his radio talk show yesterday, used a term which defined major news sources like CNN better than most, Apparatchiks. It shouldn’t surprise anyone to find Apparatchiks’ meaning linked to the former Soviet Union and other Communist states as our major market media have been pushing their leftist agenda for years.

2. Communist functionary: a member of the administrative organization or staff apparat of the Communist Party in the former Soviet Union and other Communist states.

Rush and others had been referring to propaganda networks; ABC, NBC, CBS, MSNBC and CNN as the “drive by media” for lack of a better term; but Apparatchiks, now that seems to fit, and if the shoe fits… Apparatchiks; is that a gender based term, one which only applies to “info-babes” or does it cover pretty boys in their stuffed suits as well?

Not long ago there was talk of licensing journalists to insure integrity. I’m not sure; but having to obtain a license to express opinions might be in conflict with our constitution, the 1st Amendment comes to mind. I could be wrong…

Congress is considering legislation which would give the President a switch to turn off the Internet in time of national emergency. What constitutes an emergency and when does such an emergency cancel out 1st Amendment God-given rights?

What would happen if a totalitarian regime gained control of the Presidency and had a rubber stamp Congress; a stupid question, duh…it’s already happened. Wouldn’t such powers give that President control over what the public views, hears or reads?

An article in the Huffington Post adds another sticking point when it comes to government involvement in journalism; should government assist media outlets with tax payer’s money? An historical account of legislation going all the way back to 1792 intended to help provide printed material via the postal service through reduced rates was offered as justification for continued government support; however, Internet connectivity provides instant communication of news items and competition to printed publications at a considerable savings.

“Government subsidies for the media, which are not widely known but are a long-running source of revenue for publishers, are quietly vanishing just as the industry is struggling to remain commercially viable, according to a new report released Thursday.”

Is the role of government to guarantee any private concern a place in the market? Are newspapers and magazines entitled to permanent existence via government subsidies or should they have to compete with any and all news outlets the same as any other entity? Many feel some companies are too big or too important to fail; GM comes to mind along with certain financial institutes on Wall Street. What happens when the news is controlled by those in office?

“In an op-ed published by The Wall Street Journal last month (article dated 1/28/10), News Corp. Chairman Rupert Murdoch argued that government aid may actually be a threat. “The prospect of the U.S. government becoming directly involved in commercial journalism ought to be chilling for anyone who cares about freedom of speech,” he wrote.”

Thank you Rupert Murdock; but instead of chilling, the term I’d use is Orwellian. The power grabbing that has taken place over the past year or so is frightening for anyone who values our constitutional form of government. The tenuous balance of powers between the judiciary, legislative and executive branches were to limit the amount of damage government could do to individual rights under the constitution; however, limitations on government only work when a majority of the citizenry are disciplined enough to maintain a republican form of government.

America! America!
God mend thine every flaw,
Confirm thy soul in self-control,
Thy liberty in law!

For some reason America the Beautiful came to mind, going over the dream which rests in my soul. It feels more like a fond memory now, something which could have long endured, but has evaporated with the light of day.

The Senate will vote in the near future on Elena Kagan’s nomination to fill a Supreme Court opening; having gone through the motions of an in-depth investigation of her qualifications. Kagan has argued against 1st Amendment rights, claiming corporations shouldn’t be permitted to express an opinion in the political arena through pamphlets. This one expression of disdain for one of our most basic rights should have disqualified Kagan; what kind of damage will her long term appointment do to other 1st Amendment applications?

Apparatchiks; yea, that pretty much covers Congress and most of the big news media outlets. We can wake up each morning and watch the news, read the paper and even the Internet; but will we be informed with news or propaganda carefully edited by those in positions of power?

America! America!
God shed his grace on thee
And crown thy good with brotherhood
From sea to shining sea!

This article has been cross posted to The Moral Liberal, a publication whose banner reads, “Defending The Judeo-Christian Ethic, Limited Government, & The American Constitution.”

Notice the last few seconds of the video. A young Anglo woman in a black T-shirt is clearly a leader of the group. 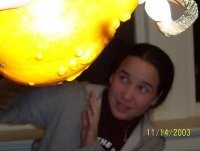 Terbrock, like many Missouri radicals, moves around between organizations like ACORN, Missouri Progressive Vote Coalition, Jobs with Justice, Health Care for America Now! and of course the Democratic Party. For a time, Julie Terbrock was Legislative Assistant to State Representative Maria Chappelle-Nadal.

Terbrock is one of several Communist Party affiliates active in Missouri ACORN in recent times.

Even in the U.S. heartland, the Communist Party USA is working to forever change America.

Beck at his “heart on his sleeve,” emotionally uplifting best. Worth watching in its entirety.

This guy is the real deal. Glenn Beck believes in what he does. He may not always want to do what he does, but deep down he knows he has to.

We should also be thankful for that.

Message from Frank Gaffney: The Center for Security Policy today unveiled a powerful 1-minute video opposing the construction of a 13-story, $100 million mega-mosque near the hallowed ground of the World Trade Center. The Twin Towers were destroyed on 9/11 by adherents to the barbaric, supremacist and totalitarian program authoritative Islam calls “Shariah.” And the imam who is promoting this mosque has publicly declared that he seeks to “bring Shariah to America.”

As the ad makes clear, Shariah’s followers have long built mosques on the most sacred sites of those they have conquered — for example, on Jerusalem’s Temple Mount, at Constantinople/Istanbul’s St. Sophia Basilica and in Cordoba, Spain, the capital of the occupying Moors’ Muslim kingdom.

A growing chorus of New Yorkers and other Americans — including, notably, former Alaska Governor Sarah Palin — have expressed outrage at the prospect of a similar, permanent beachhead for Shariah being use to defile Ground Zero, and symbolize America’s defeat at the hands of her enemies. We say, “No Mosque at Ground Zero.”

This deserves some digging… I wouldn’t be surprised to see this woman offered a job directly in the White House. From Gateway Pundit:

How does some far left anti-white radical linked to terrorist Bill Ayers get a high level job in the Department of Agriculture?

I detect the trail of yet another Marxist linked to our government. Right now, only the O knows… But trust me when I say that inquiring minds will be looking into this one.

Rep. Steve King tells radio talk show host Ben Shapiro that there are very curious circumstances behind Shirley Sherrod’s initial hiring at the USDA and calls for investigations into the matter.

This is an amazing interview. Rep. King claims that 75-99% of reparations paid in the Pickford Farms Case.
At first they believed that 1,000 – 2,000 black farmers were discriminated against. More than 20,000 claims were paid out when even the President of the black farmers association admitted there were only 18,000 black farmers in America.

One of the recipients of the largest payout in the Pickford case was none other than Shirley Sherrod.
Rep. King says there ought to be an investigation on this if the GOP wins back the gavel in November.