I truly admire the Russians for their unfailing consistency in one area. In fact, they have a lock on it: Paranoia.

Ashley Cleek gives us the details. 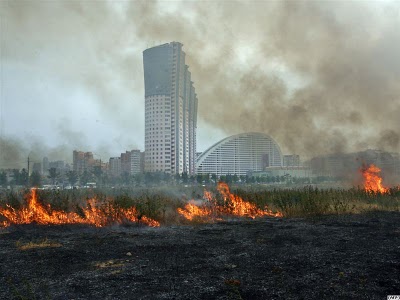 As Muscovites suffer record high temperatures this summer, a Russian political scientist has claimed the United States may be using climate-change weapons to alter the temperatures and crop yields of Russia and other Central Asian countries.

In a recent article, Andrei Areshev, deputy director of the Strategic Culture Foundation, wrote, “At the moment, climate weapons may be reaching their target capacity and may be used to provoke droughts, erase crops, and induce various anomalous phenomena in certain countries.”