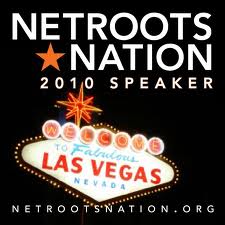 Netroots is the convention where the “progressive” elite come to tell the leftist bloggers and new media people, which messages to push and how.

Thousands of progressive bloggers and social media activists met at the annual Netroots Nation gathering in Las Vegas, Nevada July 22-25 and left determined not to allow the gains of 2008 to be lost in this year’s elections.

Netroots Nation (NN), formerly known as the YearlyKos Convention, began 5 years ago as a way to gather those using the new communications technology to amplify their impact on public policy debate.

Today the gathering embraces trade union, civil rights and immigration rights, environmental leaders and policy makers and is a must stop for progressive elected officials and candidates, as well as Democratic Party leaders.

NN 2010 consisted of over 100 panels, caucuses and workshops ranging from the economic and environmental crises to the fight for net neutrality to the 2010 elections and how social media activists could effect change in each area.

President Barack Obama delivered a surprise greeting via video clip, which was enthusiastically welcomed. Obama said he shared the frustration with the slow pace of change felt by many participants. But he recounted all that had been accomplished despite fierce Republican obstruction. 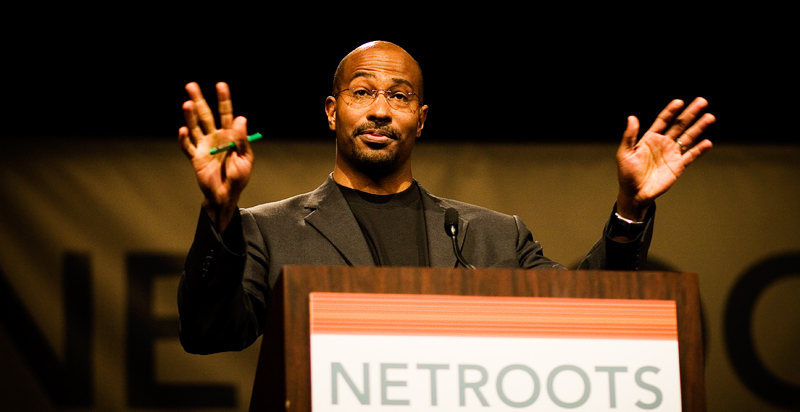 Van Jones from the Center for American Progress – defended his ex-boss Barack Obama against the criticism of some of the more impatient young radicals.

Van Jones of the Center for American Progress and formerly green jobs adviser in the White House, delivered one of the keynotes. He warned participants of the danger of Republicans retaking power in November and what it would mean for the future of a progressive agenda.

“We have a ferocious backlash that will stop at nothing to bury everything you fought for and believe in,” said Jones. “You didn’t lay down for 8 years when people you didn’t believe in were in office. Don’t expect other people to lay down for you.”

Jones urged participants to develop a new economic vision that would “put America back to work and pull America back together,” while exposing the ugliness of the ultra right.

Jones said it is “baffling” that liberals are mad at Obama. “When you guys get mad at the president, I can’t stand it,” Jones said. “Barack Obama, President Obama, volunteered to be the captain of the Titanic after it hit the iceberg.”

The conference also heard from House Speaker Nancy Pelosi, D-Calif., and Sen. Harry Reid, D-Nev. Both addressed disappointment among attendees that more progress hadn’t been made and described the reality of the current political balance in Congress.

“The leverage has changed,” Pelosi said, citing passage of health care and financial regulatory reform. “This doesn’t happen in a Republican Congress. We must understand what is at risk when we go into these elections 100 days from tomorrow.”

Warren described the unraveling of regulations on Wall Street and how it coincided with the decline in incomes of American workers. Banks knew they could profit because families had to borrow to maintain their living standards.

Warren said the new finance reform legislation was the strongest in three generations and President Obama led all the way in establishing the new Consumer Finance Protection Bureau. Warren is under consideration to lead the new agency.

Trumka said the backbone of the strong post-World War II economy was manufacturing. Since the mid-1970s worker productivity has continued to rise but wages have stagnated. Meanwhile wealth has increased 400% among the top 10%, he said.

“It’s been a conscious decision and strategy to put us on a path of low wage and high consumption growth,” he said. Trumka called for rebuilding the manufacturing base by rebuilding the nation’s infrastructure along green lines.

Trumka called for a financial transfer tax on Wall Street that would create $250-300 billion that could be spent on jobs creation.

“We figured out how to bail out banks and pay for wars. It’s time for Wall Street to start to pay their fair share,” he said. “We don’t have a deficit crisis, we have a jobs crisis. 60% of the projected deficit comes from one thing – the George W. Bush tax cuts to the rich.”

Sen. Al Franken, D-Minn., also gave a major greeting and recounted how the movement was built to oust the right wing from power. “Finally we got to the tough part (winning in 2008). We now have to fight twice as hard to keep what we won, let alone to build on it.

Franken, a former television comedian and talk show host on Air America, quoted Democratic Party strategist Paul Begala who said, ‘this is a movement, not a monument. You can’t sit around and admire it.’

Now you know where the “progressive” bloggers get their cues – what used to be called the “party line.” A few years back, the Communist Party conference played this role – now its Netroots Nation.

A rare glimpse at how the man who inspired Barack Obama actually worked. 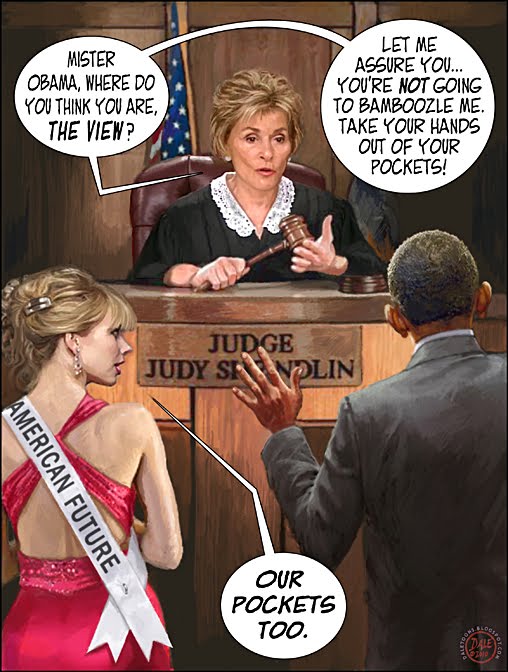 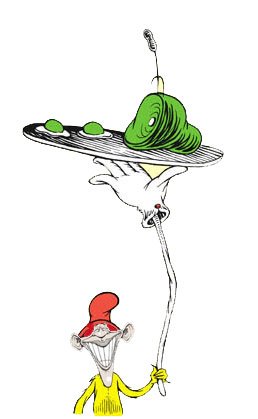 I do not like this spending spree,
I’m smart, I know that nothing’s free.
I do not like your smug replies,
when I complain about your lies.

Hat Tip: Brian B.
From: Chris Muir and Day by Day Cartoon