Rick Nagin is both a leader of the Communist Party USA and a leading activist in the Ohio Democratic Party. 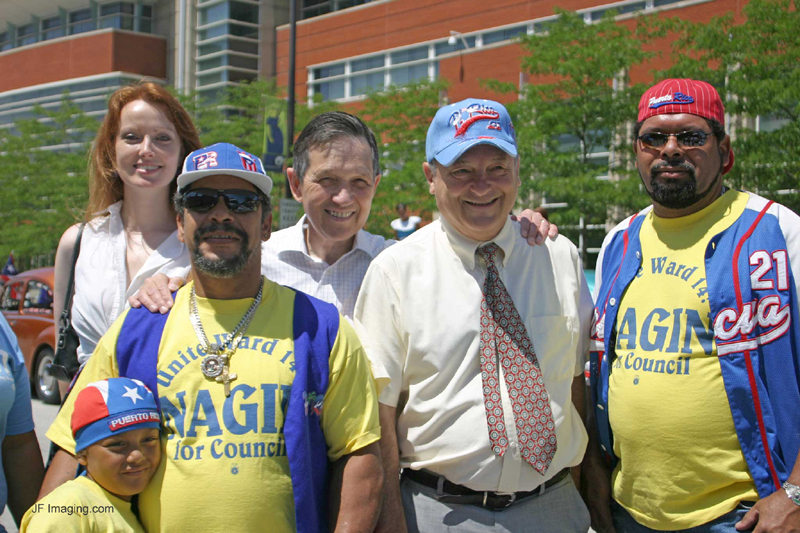 In this article in the latest Peoples World, Comrade Nagin surveys the current political balance of forces within the U.S. and concludes – yes indeed, a socialist America is definitely possible:

Given the unprecedented economic, political and military power of the U.S. ruling class, it may seem like a pipe-dream to believe that working people can ever take over.

And yet, there are good reasons to believe the foundations of this colossus may not be that strong…

An especially significant factor in the growing challenge to corporate power is the re-emergence of organized labor with militant and class-conscious leadership. This was signaled by the election in 1995 of John Sweeney, a member of the Democratic Socialists of America, as president of the AFL-CIO, ending decades of conservative leadership that actively collaborated with Cold War anti-communism and offered scant resistance as the corporations suppressed wages and sent jobs abroad.

Labor now has become the magnet around which a broad and growing coalition of progressive forces has emerged. This has taken organizational form in struggles for jobs, health care reform, the right of workers to form unions, the defense of social security and, especially, elections. In fact, labor was critical to Democratic electoral victories in Congress in 2006 and the 2008 Presidential election…

It was the alliance between liberal and centrist Democrats, the coalition of progressive forces including labor, the African-American community and youth as well as many independents that enabled Barack Obama to be elected. The right-wing, ousted after 30 years of increasingly extremist rule refuses to accept the result of this election and has resorted to unprecedented disruption aimed at destroying the Obama presidency and breaking up the Obama coalition. They hope racism, anti-immigrant prejudice, threats of violence and anger over the continuing economic crisis can be channeled into Republican votes. They have launched and financed the so-called tea party movement raising the specter of fascism.

Labor and its progressive allies recognize the danger and are mobilizing to defend democratic, civil, economic and social rights from the right-wing threat. Once again the progressive coalition is allied with the Democrats as the only way to defeat the ultra-right. The focal point has become the November midterm elections with the aim of holding the line, minimizing setbacks and, where possible, making gains.

Having held power since 1980, the right-wing is deeply entrenched in all branches of government particularly in military, foreign policy and intelligence circles. It also controls major sections of the media, think-tanks and religious groups. Its power will not be destroyed in a few elections and sessions of Congress. We are in for a protracted battle.

The ramifications of this battle go far beyond electoral and legislative politics. Defeat of the right wing of the U.S. ruling class would be a major, possibly decisive, blow to corporate power and set the stage for far-reaching advances, including the possibility of socialism. In other words, the defeat of the ultra-right is both an immediate political and long-range strategic necessity for the working class and broad sections of the people.

The historical experience of countries that established socialism in the 20th century shows that the working class had first to ally with sections of the capitalist class in order to defeat the most reactionary forces. Only then was it possible to overcome the capitalists as a whole.

The building of a multi-class coalition of democratic forces to defeat the ultra-right is a necessary stage in achieving socialism in our country.

The last few sentences are key – “the working class had first to ally with sections of the capitalist class in order to defeat the most reactionary forces. Only then was it possible to overcome the capitalists as a whole.”

This is not good news for the Democrats, the “green businesses,” the armies of consultants, “progressive” business people and “new media” entrepreneurs who have jumped on the Obama/Communist Party bandwagon.

It means, that when the time is right, they will be crushed just as mercilessly as the rest of us.

From the web site of the International Department of the Communist Party of China:

A senior official of the Communist Party of China (CPC) said Monday that the number of CPC members has increased to almost 78 million over the past six decades.

By the end of last year, the CPC had a total of 77.99 million members, about 116 times the figure in 1949 when the People’s Republic of China was founded, Wang Qinfeng, deputy head of the Organization Department of the CPC Central Committee, said at a press conference.

Of the total 78 million CPC members, about 18.5 million were under 35 years old, and close to 28 million held a college degree or above, he said.

Wang said more than 640,000 of the country’s 2.77 million enterprises, including 438,000 non-public enterprises, had set up their own grassroots CPC party organs. 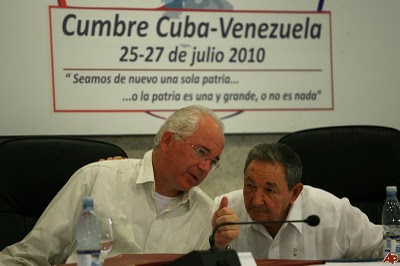 From the Communist Party of Australia’s The Guardian, a closing speech by General of the Army, Raúl Castro Ruz, president of the Councils of State and Ministers at the 1st Cuba-Venezuela Presidential Summit:

We have attended the celebrations for the 57th anniversary of the 26th of July [attack on Moncada Barracks]. There could have been no better setting for this meeting.

We have concluded the first Cuba-Venezuela Presidential Summit, which opens up a new stage in our relations, after following a long and intense path, during which the links between our peoples have continued to strengthen, guided by the principles of friendship, cooperation and solidarity…

Both in the preparatory process – in which President Chávez directly participated – and in this meeting, we have rigorously examined the progress of our exchanges in the economic, commercial and financial orders, areas in which we have increased cooperation and intensified complementariness. What is required now is constant monitoring and evaluation so that everything that has been agreed is fulfilled and so that we can guarantee, to the greatest degree possible, the development of our economies in a manner that satisfies the material and spiritual needs of our peoples.

Many compañeros have worked intensively over the past few days in high-level preparatory technical meetings. The results of the working groups that preceded us demonstrate the opportunities that we have to continue advancing our economic integration. We have identified 139 projects with the potential to be established in the medium term, of which a significant number can be implemented immediately. We have also reviewed a further 370, such as those mentioned by Vice President Ramírez, which may be evaluated in the future.

The hierarchy that we have achieved within these projects, and their concentration in strategic sectors such as energy, food production, healthcare, mining and light industry, makes it possible for us to give them due priority and to concentrate our efforts and resources in those areas that are strategic for the development of our nations and guarantee the sustainability and strength of our political and socioeconomic systems…

This is the effort that our peoples are demanding of us; it is our contribution to strengthening the links of sisterhood that we have forged and which have their roots in a common history, in the spirit, thinking and work of Bolívar and under the constant inspiration of Fidel and Chávez.

We are moving toward an economic union between Cuba and Venezuela. It constitutes a new kind of relationship that will permit a greater level of organization of joint projects and, at the same time, it is an important step toward the aim of achieving real economic complementariness, based on the optimum use of infrastructure, knowledge and the existing resources of both countries and, above all, the political will of our governments…

In our region, the deployment of US military bases in Colombia is placing regional stability and the sovereignty of neighboring states at risk. We support Venezuela’s right to defend itself from threats and provocations.

We are fighting for peace and harmony between sister peoples and our actions will always have this objective; but in case any problem arises, no one should have the slightest doubt about whose side Cuba will be on.

For 200 years, since the beginning of our wars of independence and since long before that, historical experience has taught us that “Our America” has only one alternative: to unite, fight and overcome.

“Gloria a Bolívar and Martí!”

Viva to the friendship between the peoples of Cuba and Venezuela!

The encirclement of the U.S. moves one step forward.