Well, this one takes the proverbial political cake. Whacko is perhaps too kind a word… I don’t think the poor interviewer even knew what to say, or more to the point, how to exit stage left. Allahpundit at Hot Air puts it best:

Some of you will think this is a prank, but if it is, it’s been going on an awfully long time. Exit quotation: “You say Satan a lot, don’t you? You like that term, don’t you?”

We’ve never had one before, but here goes day two…

My file system leaves considerable room for improvement. I was looking for an article I’d written which referenced the movie Awakenings; it has eluded my cursory search and will have to wait for another day. The movie, based on a true story, let’s the viewer glimpse the quality of life, or lack thereof, in a mental institution; more specifically, those who lived inside a body unable to move about on their own or show expression. These unfortunate individuals were, as one doctor exclaimed, as if they were encased in stone, incapable of thought or feeling. He was mistaken.

In one scene Dr. Sayer, having had some success freeing one patient from his temple of stone, attempted to convince a reluctant hospital staff to allocate a considerable amount of money in order to put more patients on an expensive experimental drug, hoping to restore their quality of life, or as much as possible. One by one, nurses and orderlies supported the project and signed their payroll checks over to the hospital, stopping to drop those checks into the hands of the administrator. The chance to improve the quality of life for a few of our Heavenly Father’s children was portrayed quite well. Giving more than was expected or required was an expression of gratitude for what most of us take for granted.

Last week, I read an article titled Apologia, by Rhod, at a friends site called It Don’t Make Sense. There was a tone set among the paragraphs which bothered me enough to mention it, a lack of enthusiasm for something which should bring great joy, but instead made faith and religion sound like something settled for rather than eagerly sought. The single most important aspect of mortality is our relationship with our Heavenly Father and His Son Jesus Christ, but what I was hearing was more like a yearly employee evaluation report than testimonies of the Gospel.

I like to find short passages in the scriptures which I refer to as “Gospel in a Nutshell,” sufficient on their own should a person find only that one portion of scripture would have enough of the Gospel message to explain the purpose of mortality as relates to the Great Plan of Salvation, Father in Heaven and Jesus Christ. One such set of verses is found in 2 Nephi 2:4-10. 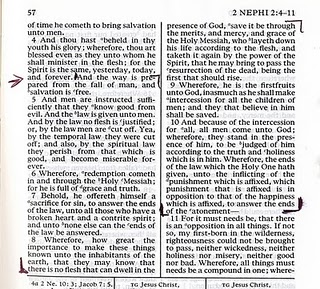 That my friends is a message worth printing, but a little further down in verse 25 is something just as important:

Read the whole chapter, but why stop there. Read the entire book. Folks shouldn’t have to “settle” for a religion or denomination which doesn’t fulfill their understanding of the Gospel. Important instructions intended to help us through mortality should add excitement to our testimonies and efforts to obtain all that our Father has for us should be done with enthusiasm and joy. I’ll close with one of my favorite scriptures, Moses 1:39:

“For behold, this is my work and my glory—to bring to pass the immortality and eternal life of man.”

ECONOMIC DEPRESSION: DEFINING WHAT IT IS

Bill Gross: We Need Total Nationalization Of Housing, And I’m Not Just Talking My Book

It’s Clear: The Failure Of European Austerity Is Going To Be A Huge Story This Fall

UBS: Here’s Why The Euro Is Doomed

Peter Schiff: Bonds Are The Mother Of All Bubbles And Losses Will Dwarf The Stock And Property Bubbles Combined

Stephen Roach: A Double-Dip Is Coming, We Just Don’t Know What Will Cause It

Is It an Elite Depression?

Rosenberg: This Is a Depression, Not a Recession

America Won the Cold War But Now Is Turning Into the USSR, Gerald Celente Says (Hat Tip: Brian B.)

The Real Story Behind Existing Home Sales: It Was The Lowest Since 1996, And Inventory Is Now Sky-High

The trillion dollar bailout you didn’t hear about – Commercial real estate values plummet again yet banks hide losses. A $3.5 trillion financial disaster in the making. We are now proud owners of an AMC theater and Chick-fil-A. (Hat Tip: Brian B.)

There’s No Such Thing as a Free Energy Audit

A Real Debate on Spending

Opinion: USA a failed state? It may be closer than you think (Hat Tip: Brian B.)

SEC Approves Rule That May Make It Easier to Remove Directors

Bombshell… Colorada Dem Michael Bennet Admits: “We Have a $13 Trillion Debt & Nothing to Show For It”

UPDATE: Cutbacks force police to curtail calls for some crimes

More than 3M seniors may have to switch drug plans

Letter Re: Even Tony Robbins is Warning that an Economic Collapse is Coming

Rethinking Gold: What if It Isn’t a Commodity After All?

15 Signs the U.S. Housing Market is Headed for Complete and Total Collapse.

Investors Defensive With Data in Focus

Return of the Great Bond Conspiracy

Free Land: Build Your Homestead Without the Debt.

“Concious Capitalism” = Green Fascism. Can you believe these people?

Failure Of Obama’s Pet ShoreBank Costs Taxpayers $368 Million, Which Immediately Goes To Goldman Sachs Among Others

ShoreBank to be revitalized as Urban Partnership Bank 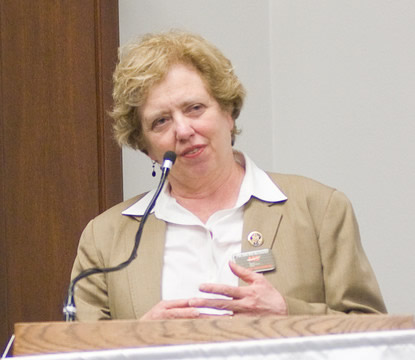