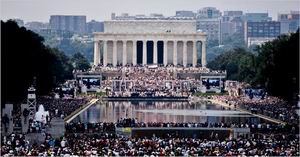 12 thoughts on “How Many Attended The Glenn Beck Rally?”