A dangerous fire broke out at New York City’s sanitation pier lifting smoke and other contaminates into the city’s atmosphere. Three fire fighters were injured and the cause of the incident is under investigation.

“Fire officials are checking the stability of the pier after wooden parts of it went up in flames.”

This is day one of what is now being called “Big Apple’s Sanitation Situation,” the 23rd national crisis to hamper America’s economic recovery this year. Until the hazardous situation is resolved, the Obama administration reportedly has expressed concerns that other sanitation areas across the eastern seaboard might spontaneously burst into flames; hence it is expected they will ask for a 6 month moratorium on all trash pick up from Delaware to Maine.

President Obama addressed the nation regarding this latest crisis standing behind two immense Teleprompters; the New York City Skyline as a backdrop. Obama’s speech writers were unavailable, reportedly on their 7th vacation this year, so portions of President Obama’s BP Oil Spill address to the nation given in June were used. A majority of the public has stopped listening to much of anything Obama says, so he figured nobody would notice.

“First, the cleanup. From the very beginning of this crisis, the federal government has been in charge of the largest environmental cleanup effort in our nation’s history…yada yada…”

“As the clean up continues, we will offer whatever additional resources and assistance our coastal states may need. Now, a mobilization of this speed and magnitude will never be perfect, and new challenges will always arise. I saw and heard evidence of that during this trip. So if something isn’t working, we want to hear about it. If there are problems in the operation, we will fix them…yada yada yada…”

Representatives of the Environmental Protection Agency were on hand; but were reluctant to talk to reporters as they had not as yet been briefed on the nature of the contaminants which were released by the blaze. One thing was certain; the type of smoke being released likely was the result of New Yorker’s penchant for plastic shopping bags rather than reusable fabric shopping containers offered by the Sierra Club and other environmentally friendly organizations.

Waste management companies responsible have been told they need to come up with ten billion dollars, paid under the table, to cover damages and complaints regarding mountains of trash which will eventually fill every street and alley in the Big Apple. Tourism is expected to take a major hit as will the porn industry which relies heavily on having back alleys available for their customers. The Obama administration reportedly is considering the appointment of a special czar to establish payments to those hurt most by this crisis; but was quick to point out that the pier in question was last inspected during the Bush administration.

“The cause of the fire hasn’t been determined. The Department of Sanitation hasn’t returned a telephone call seeking comment.” 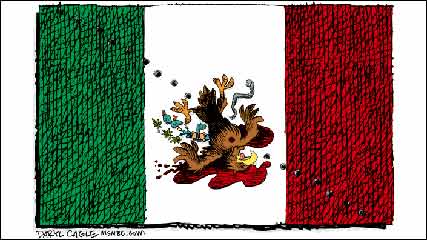 You have to go to iOwnTheWorld and read: Everyone Is Offended. One of the best blogs out there and dare I say, the funniest… 8)

And before anyone calls me a racist or insensitive, do I need to point out the very large fact that there is a drug/militant/gangland war happening in Mexico? Yep and it is spilling into America. If this cartoon doesn’t depict that stunning fact, I don’t know what does… 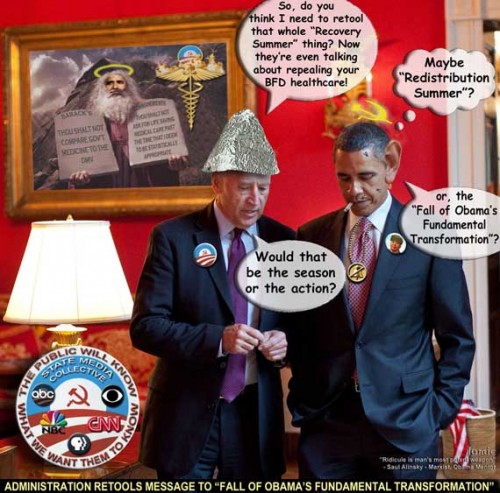 Afghanistan Opening First Shariah-Based Banks – Is The Taliban Setting Itself Up To Control All Banking And Zakat In Afghanistan? (Hat Tip: Larwyn)

There Should be No Debate Over Extending the Bush Tax Cuts (Hat Tip: Jean Stoner)

“But, looky here. John Bolton Suggests He Could Consider 2012 Presidential Bid. He does foreign, Sarah does domestic. “…..Roger, teh Real King of France (Hat Tip: Larwyn)

DNC Chairman: People Ought to Be Proud to Be Democrat Right Now

TAXPAYERS TO BAIL OUT AFGHAN BANK? WHITE HOUSE CLAIMS ‘NO’

Bernanke Out Of Bullets But Not Bombs: Federal Reserve’s ability to buy assets and spark inflation is unlimited.

Société Générale tells clients how to prepare for ‘global collapse’

Buried down in the fine print of the New York Times we read that the FDIC is $15.2 billion in the hole. But gee, who’s counting, and who cares, when Uncle Sugar can create unlimited money out of thin air?

Karzai urges Afghans not to panic as bank withdrawals accelerate

The US Economy is Not Getting “Better” — It’s Dying!

It’s Impossible to “Get By” in the US.

More about the inflation riots in Mozambique

The Federal Reserve reported that the M2 Money Supply expanded 5.3% in just three months from April 2010 to July 2010. And the M3? Who knows. They stopped compiling that data 2006, after it had become too embarrassing.

Bernanke: Shut down banks if they threaten system

120 Days to Go Until the Largest Tax Hikes in History.

Where The Banks are Failing

This is what happens when an aggressive, politicized, religion meets a cowardly, socialist, secular state.

Which side is likely to win?

Our family escaped completely unscathed, but much of Christchurch and surrounding areas was not so lucky.

The University is closed, as will be many schools.

Aftershocks are continuing, with one of 6.0 on the Richter Scale expected anytime.

The original quake was 7.1

Most of Christchurch looks normal, but some suburbs are flooded and the roads almost impassable. Hundreds of homes have been condemned and many central city businesses are closed.

Many personal landmarks were affected by the quake. A swingbridge I used to cross as a kid in Kaiapoi was wrecked, a place I used to work at in Merivale was demolished. 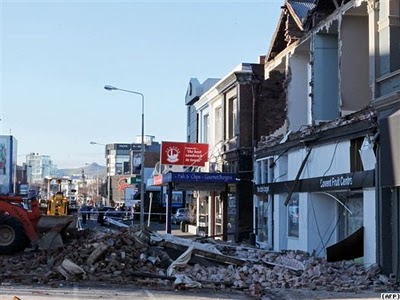 I used to visit friends in the flat to the right above. 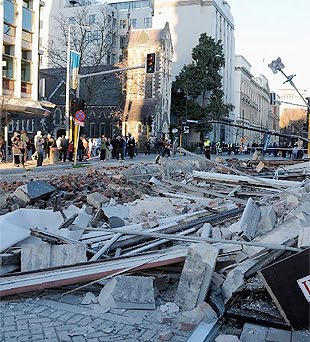 I used to live in this bedroom back in the ’80s. 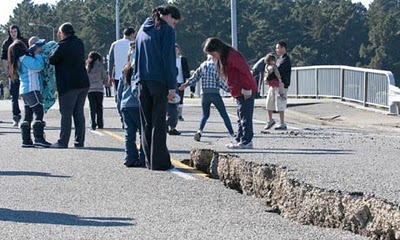 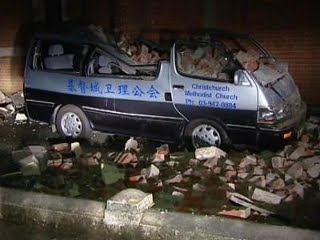 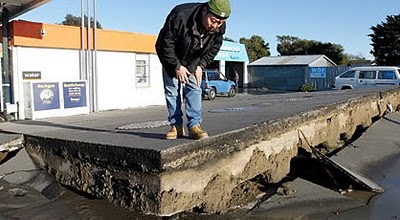 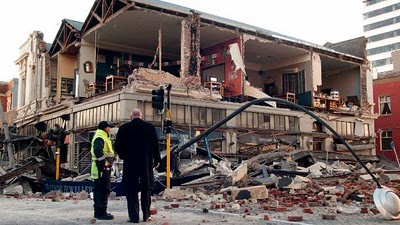 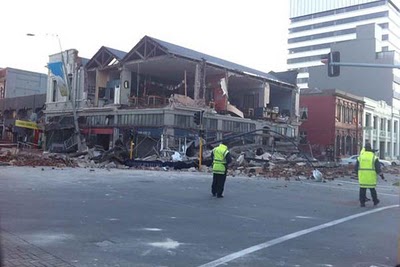 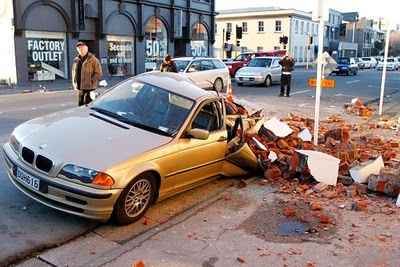 Amazingly, no one was killed.

The damage is huge, but people love this town and we’ll be back up and running pretty quickly.

There is a lot of pride in this city. We won’t stay down for long.

Thanks Robin. I needed this.