In President Obama’s Labor Day speech he claimed that under President Bush, “Companies were rewarded with tax breaks for creating jobs overseas.” Oh really? Facts are inconvenient things… let’s take a look at who is doing more to “stimulate” other countries…

USAID for international/foreign assistance totals $173.5 BILLION, spent by President Obama and his Democrat-controlled Congress. The breakdown is as follows:

The $173.5 BILLION does not include funds that went to other countries via the $862 BILLION stimulus bill or many other “projects” the President and Democrats are financing overseas to create jobs in those countries.

So rather than create an environment conducive to job creation in America, the President and Democrats are sending a record-breaking amount of our hard-earned tax dollars overseas to stimulate job creation there.

INSULT TO INJURY: Just when we thought it couldn’t get worse, it did. The President and Democrats are giving American jobs – right here in the U.S.A. – to foreign and illegal workers.

Roy Beck’s article, “DEFENDERS & DESERTERS of JOBLESS AMERICANS: We name the ’50 Worst Deserters’ Today,” spells it out for us and names names.

“During the last two years of a virtual jobs depression, these Worst 50 led Congress:

Recent government data show that 22 million U.S. workers who want a job can’t find one. But these 50 Members of Congress deserted those Americans in favor of increasing the number of foreign workers competing with them in the hiring line.

Here are the “50 WORST;” not surprising that Nancy Pelosi (D-CA) and Harry Reid (D-NV) are on the list:

Is there a brave journalist who will ask the President and the Democratic Party, “Since your actions show that you are not on the side of the American people, exactly whose side are you on?” Another burning question, “Did those work visa’s come with voter registration cards?”

Failure of the Famine Meme

Roubini: The Economy Is So Weak Now That Any Shock Will Cause A Double-Dip (Hat Tip: Jean Stoner)

Want To Make A Lot Of Money As A CEO? Fire People (Hat Tip: Jean Stoner)

TOO LITTLE AND TOO LATE: OBAMA TO ASK FOR A $100BILLION TAX CREDIT FOR BUSINESS R&D (Hat Tip: Larwyn)

Obama Panders to Union Thugs on Labor Day And Whines A Bit, Too

Granholm to Obama Pre-Auto Bailout: I Hope You Know What You’re Doing

The true cost of the bank bailout

Should US government debt be rated junk?

Depression Next Down Leg Unfolding, The Financial and Economic Crisis No Spin Zone

How to Own Physical and Paper Gold as Trend Continues Towards $1,500

US Departments of Labor and Treasury Schedule Hearing on Confiscation of Private Retirement Accounts.

This year, US public debt could reach end game.

Dizzy and Confused? Hunker Down!

The trailer to the new documentary from PRB Films.

Geert Wilders lives with a constant death threat over his head. Al-Qaeda has vowed to kill him. As a Dutch parliamentarian and outspoken critic of radical Islam, Mr. Wilders must travel with four bodyguards and sleep in a safe house, each and every night.

His short documentary film, Fitna set off a firestorm in the Middle East and Western Europe immediately upon its release. The controversial film showed how Islamic terrorists are following the literal dictations of the Quran.

That message can be seen here in this DVD, with striking clarity in film, photographs and a special message from Geert Wilders himself, who came to America with an urgent and terrifying warning: “Islam is on the verge of conquering the West.”

Order the Video at: www.IslamRising.com

Mosque at Ground Zero… Freedom of Religion or Spoils of War? 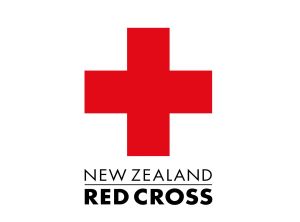 So many of you have been emailing, Tweeting and sending messages on Facebook, asking if there’s any way you can help in the aftermath of the devastating earthquake which took place here in Christchurch at 4:30 am on September 4, 2010.

The Salvation Army, the Red Cross and the City Mission are doing so much to help, with setting up and running the three welfare centers around Christchurch. People evacuated from their homes now have a wonderful support network, warm clothes, food, clean water, power and shelter.

Those of you wishing to contribute to the Red Cross Earthquake Fund, please click here and choose “Canterbury Earthquake Appeal.” Thankyou!