How Hyperinflation Will Happen In America

15 Shocking Facts About Poverty In America

Family Buys House With A $0.67 Down-Payment

CHART OF THE DAY: The Best Market-Timing Indicator Says Stocks Are Headed Down

John Hussman: The Recent “Good” Jobs Reports Have Been Among The Worst Ever Recorded

Traders Are Ramping Bets Against The Dollar Again

Could Europe’s Left-Wing Terrorism and Anarchism be Headed to America? (Hat Tip: Brian B.)

Union Boss: Businesses Want to ‘Scrape Every Ounce of Flesh From our Hides’

Cuts for All: Senate GOP Throws Down the Gauntlet on Bush-Era Tax Cuts

Next, Michelle Obama’s health reform plan for the nation’s restaurant menus and families dining out (Hat Tip: Brian B.)

Stimulus money going to El Salvador shows Democrats care about our money, not about us (Hat Tip: Jean Stoner)

In what particular way did this lead to job creation?

FARMING WITHOUT A LICENSE IS A CRIMINAL ENTERPRISE (Hat Tip: Brian B.)

Morning Bell: Obamacare vs. the Rule of Law

The US Is Adopting Codex Alimentarius (Hat Tip: Brian B.)

To Extend Or Not To Extend… (Hat Tip: Jean Stoner)

Greek Default: Why It’s Only A Matter Of Time

Social Engineering Bill In Senate Will Force You Into City (Hat Tip: Brian B.)

Krugman: Slap Tariffs On China, And Let Them Stop Buying Our Debt

Head Of NJ Teachers’ Union Makes $550,000 A Year–2X As Much As The Governor And 10X The Average American

10 Reasons The “Death Of Equities” Is Real This Time

Stocks Are Snoozing, But Yen And Gold Action Shows The Real Panic Behind The Scenes

Mainstream Media Genius of the Day

…new self-employment licenses to be issued

Boehner Fires Back at White House Over Tax Hikes

CBO Predicts U.S. Debt Crisis if Deficits are Not Controlled

Sovereign defaults ahead? Wreck the Currency or Default on the Debt?

Our Debt Is More Than All the Money in the World

Era of Economic Illusion Over

Oil, Gasoline Up on US Crude Pipeline Leak

The tweet heard ’round the world (Hat Tip: ThirdWaveDave)

Imam Rauf to the USA: “Silence! I Kill You?”

Facing The Reality of A Religion of Peace (Hat Tip: Renee E. Taylor) 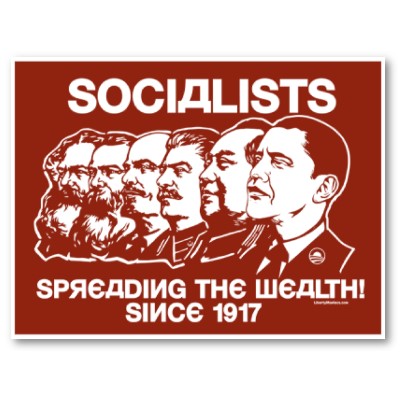 Clear-thinking Americans see the dangerous transformation our government is pursuing with unstoppable force. We recognize that the policies/legislation being enacted is moving our country to the far-left end of the societal spectrum where Socialism lives… right beside Marxism, Fascism and Communism.

Today, the one word which describes these “isms” is PROGRESSIVISM. “Progressive” is the new word for the old, tyrannical, failed systems of enslavement that have been pursued by those who rose to power as dictators in other countries (e.g. Lenin, Stalin, Mao, Hitler). Each and every time, this type of dangerous transformation has led to destruction, collapse and the death of tens of millions of innocent people.

So how did these Progressive Socialists get into our government? We elected them, of course, but that’s because voters were made to believe these candidates were moderate Democrats who would somehow fulfill noble promises. Playing on the desire of Americans to rid the world of hunger and homelessness, to provide a better tomorrow for all families… and on and on… these Progressives filled our hearts with hope – although short on detail or explanation as to how they will achieve these lofty goals or why they haven’t yet done so despite a decade or more in office… just as they’re doing now in order to hold onto their seats.

There are Progressive Republicans too, but they are few compared to the Democratic Party. The Democratic Party has been completely taken over by Progressives and it is no longer the “party for the people;” it hasn’t been for a very, very long time. Did you know that the districts with the highest rates of poverty are run by Democrats who have held elected office for decades?

WHO ARE THESE PROGRESSIVES?

In 1991, the Congressional Progressive Caucus (CPC) was established and it has grown larger and more powerful than ever. Senators and Congressmen/women who are on this Caucus, the CPC, have been able to enact their socialist agenda freely and still get re-elected because their actions and affiliations are kept from public view and scrutiny due to a complicit and corrupt media.

The term “Progressive” sounds cool, doesn’t it? When we hear HILLARY CLINTON, BARACK OBAMA, NANCY PELOSI and many others call themselves “Progressive,” voters have no idea what that really means because the Progressives make it sound so appealing. If they told you their goal is to take the fruits of your labor, control every aspect of your life and strip you of your freedom, that certainly won’t get them elected, so they lie and make themselves sound appealing enough to get your vote.

“Until 1999, the Progressive Caucus website was hosted by the Democratic Socialists of America. After the press reported on this link, the connections suddenly vanished from both organizations’ websites.

There’s no doubt that Progressive = Socialist.

WHAT DO THESE PROGRESSIVES WANT?

In reality, the goal of Progressives is to institute government control over the means of production, the wealth of our nation and ‘We The People’ of this country. Hence, tyranny and enslavement is coming to America.

In November of 2006, when the Democratic Party took a majority in the House and Senate, an article was published called “Progressive Caucus Rising: This election was no victory for centrists.” It’s easy to see that Progressives have infiltrated our government and they’ve risen to the highest levels of power in our government.

For anyone who may not be convinced of the destructive force of the Progressives in our government, consider this: since the inception of the CPC, trillions of dollars have been spent by taxpayers and doled out by our government under the banner of the war on poverty. Yet with the Democratic Party in complete power with majorities in the House, Senate and Executive Branch, poverty in our country has risen.

The tale is told in the AP’s 9/12/2010 article, “Grim expectations for report on poverty in United States.” Poverty in the U.S. has risen and the Progressives who run our country plan to spend even more to ensure that poverty continues to rise and record-breaking amounts are taken from taxpayers to support it.

Progressives in power are instituting what can clearly be defined as a Work-to-Welfare program. The article, “We Should Give the Poor a Greater Stake in Prosperity” is an interesting read on the subject.

NAMING NAMES – PROGRESSIVES IN OUR GOVERNMENT

If you are concerned about the ongoing transformation that’s putting all of us at great risk, read on to learn about the Progressives who have infiltrated our government and who keep getting re-elected because they tell voters what they want to hear during each election cycle. But if you are one of the misguided indoctrinated voters who support the transformation of our country from one of freedom, prosperity and strength into a country of tyranny and enslavement, there’s no need to read further.

As November nears, listen carefully to what the Progressive candidates are saying… then compare it with their actions over the past 2 years. Make no mistake, the transformation will continue at break-neck speed unless you stand up and support the candidates that are running against them. In my opinion, we need to use every election cycle to vote Progressives out until we rid our government of all of them.

Research thoroughly and vote wisely. Our freedom depends on it.

Here is a list, by state, of the 81 CPC members, plus others with ties to the Democratic Socialists of America (DSA), Communist Party USA (CPUSA) and the far-left Institute for Policy Studies.

As you can see, 30 states have been infiltrated by Progressive Socialists that we know of to date.

If you think the country is headed in the wrong direction, support candidates who are NOT Progressives and please talk to your friends and neighbors so they can learn who Progressives are and what they want. United we stand, divided we fall.