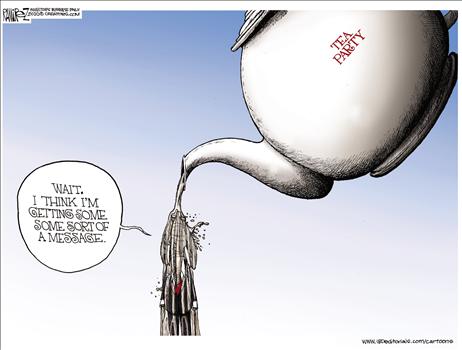 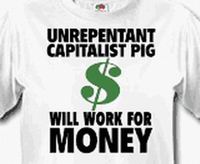 For too long, conservatives have allowed the left to define them. With more Americans becoming disillusioned with Obama, it’s time to counter the media’s portrayal of conservatives as radical, illegitimate extremists, concerned only with amassing wealth and kicking gays. Here’s a quick guide to help identify the basic differences between leftists and conservatives.

Conservatives understand that the system of capitalism is the greatest engine of wealth creation the world has ever known. They don’t think profit is a dirty word. Leftists argue that feelings, not the bottom line, should be the motivating factor in all of life’s decisions.

Conservatives believe that a man’s fate is determined by the life choices he makes. Leftists believe if they’re not successful, its because racist capitalists are hogging all the wealth. And that’s not fair!

Conservatives know that life isn’t fair and never will be. Leftists think that it should be, and that if you vote for them, they can legislate fairness. After they redefine it.

Conservatives know that throwing money at a problem usually ends up making the problem worse. Leftists believe that money can solve any problem. Preferably someone else’s money.

Conservatives believe Thomas Sowell’s assertion that there are no solutions – there are only trade-offs. Leftists believe that there are still free lunches, that rights trump responsibilities and victims are more ‘valid’ than producers. And if you don’t agree, you’re just a big ol’ meanie.

Leftists believe if a theory looks good on paper, it will work. Conservatives understand that reality doesn’t work that way, except in ivory towers.

Conservatives believe in accountability, that actions speak louder than words. Leftists have succumbed to the herd mentality that sanctions bad behavior as long as it is done in the name of whichever leftist policy is most popular, be it global warming or the belief that everything bad that happens to the Obama administration is George Bush’s fault.

Conservatives believe in individual rights, not group rights. They know that leftist words like ‘social justice,’ diversity’ and multiculturalism, whose meanings are purely subjective, are used to divide, instill guilt and put conservatives in the impossible position of having to spend their lives proving a negative.

Most conservatives believe in the rule of God. Leftists prefer the rule of man. As long as they are the man.

Leftists believe that life is a zero sum game. If someone wins, that means that someone has lost. They believe there are only so many pieces of the pie and the more pie someone has, means someone out there has less. Conservatives know that this is just not so.

Conservatives are more inclined to do what they feel is right, even when no-one is looking. Leftists prefer to have their compassion recorded, preferably by TV cameras.

Leftists actually believe that world peace is possible. And the only thing standing in the way are those darn conservatives who have earned more money than they have a right to. Conservatives meanwhile, know that the utopia the left envisions is neither realistic nor possible. Thus they focus their efforts on more attainable goals, like making a living, raising their families and contributing to their communities.

Conservatives know that, no matter how thin the pancake, there are always two sides. Leftists have been taught that their side is the only legitimate side and any other point of view is invalid because it is motivated solely by hate, racism, homophobia or greed. End of story.

It is very easy to concentrate on what divides us instead of the many more things that unite us, as this author is doing. But neither leftists or conservatives can refute the fact that we are all Americans. And I choose to believe that all of us want what we think is best for our country. We just disagree on the way to achieve it.

This article was first published Sept. 18, 2010 in the Washington Examiner.

Dozens of Christians have defied police and threats of attack from Muslim groups to hold prayers inside their boarded-up church near the Indonesian capital.

The group held their Sunday service surrounded by hundreds of police and security guards, saying they had as much right as any Indonesian to worship in the Muslim-majority country.

Local officials had put the ban in place after two church leaders were attacked and seriously wounded by suspected Muslim hardliners last week.

The Ultimate in Nanny-Statism! (Hat Tip: The Anchoress)

Are American Universities Going the Way of General Motors? (Hat Tip: Brian B.)

‘I Want Your Money’ and turnout (Hat Tip: Brian B.)

GOP divided on how to replace new health law

Morning Bell: The Economic Toll of the Obama Tax Hikes

Is the U.S. Still the Land of Opportunity?

Here Are The “Terrible, Absolutely Terrible” Cuts California Must Make To Balance The Budget

Now Brazil Is Intervening To Weaken Its Currency, As The Competitive Devaluation Cycle Heats Up

As China Delivers Soothing Words To Its Banks, American Yuan Rhetoric Returns With A Vengeance

Devaluation Olympiad Won’t Save the U.S.

News Anchorman Fired for Being Conservative?

UK Proposes All Paychecks Go to the State First

Wall Street’s Engines of Profit Are Freezing Up

America: Love it or (if you’re rich enough) leave it?

GOP Plan: Draw ‘Line in the Sand’ on Spending

Frankenfood: Designer Meals on the Menu?

Why Can’t Politicians Understand What is Really Happening?

Would A Midterm Loss For Democrats Boost Stocks?

Caterpillar Sales Accelerate Across the Globe